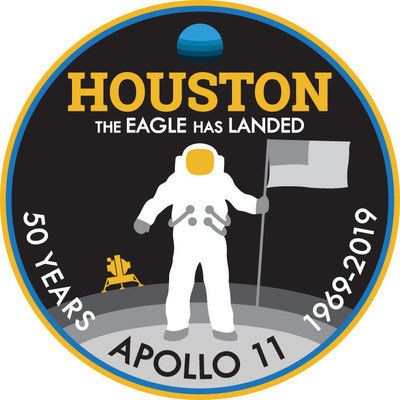 United Airlines is commemorating the fiftieth anniversary of the Apollo 11 moon landing with a series of programs to inspire and delight its passengers.

The programs, which will be held throughout July, are made possible through cooperation and in coordination with Houston First Corporation, Space Center Houston, NASA Johnson Space Center and OTG .

Rodney Cox, Vice President for United's Houston hub, commented on the celebrations: "From the moment former President John F. Kennedy made a bold commitment to further U.S. space exploration efforts at Rice University in Houston, the city became part of the national dialogue about how and when we would put a man on the moon. Not only is the Apollo 11 mission rooted in Houston's past, it also became part of United's history when Astronaut Neil Armstrong later served on our Board of Directors. Knowing the deep connection both United and Houston have to this historic mission, we are honored to commemorate this remarkable accomplishment with our customers."

The airline is planning a series of activities to help mark the milestone. Space-related programs will be featured on the airline's inflight entertainment as early as July 1, including documentaries about NASA's efforts to land on the moon. Guests of two restaurants in United's George Bush International Airport (IAH) terminals will also be able to sample dishes created to authentically mimic food items the astronauts ate on board Apollo 11, including Tang-infused cocktails.

A digital art gallery in the airport's Terminal C-North will also launch in July, with an assortment of photography from the first moon landing mission. iPads at all OTG locations will feature an educational trivia game developed by Space Center Houston. Exhibits with an emphasis on the science behind the Apollo 11 mission will allow visitors to Terminals C and E a chance for hands-on learning, and from July 9 to 11 IAH will welcome astronauts for meet-and-greets with guests.

In addition, one special flight will bring guests up close and personal to the realities of space travel. On July 17, fifty years after the astronauts of Apollo 11 made their first transmission to Earth from space, Flight 355 from Newark (EWR) to IAH will treat customers to space-themed entertainment and gifts, plus the chance to interact on board with special guests who have personally experienced the wonders of space.

"We couldn't be prouder of the role that Houston has played in some of the world's biggest accomplishments, like the Apollo 11 mission," said Brenda Bazan, President and CEO of Houston First, Corp. "During Space City Month, we're excited to welcome visitors from around the globe. Between Space Center Houston and many world class museums, our city is a great place to satisfy a love for discovery and exploration."