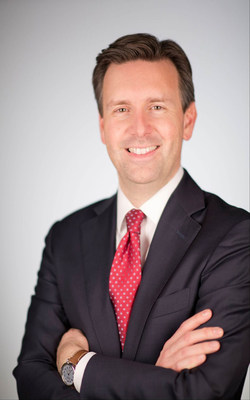 Josh Earnest, formerly the White House press secretary under President Barack Obama, has been appointed Senior Vice President and Chief Communications Officer at United, according to a May 3 press release from the airline.

In this role, Earnest will build the brand's global communications strategy and assemble a team to execute it while also acting as the company's spokesman.

Oscar Munoz, Chief Executive Officer of United Airlines, said in the May 3 release: "Josh is a proven leader and world-class communications strategist who has thrived when the stakes are the highest - and the margin for error is the smallest. He'll play a crucial role on our leadership team as we position our brand and this company for success. I am looking forward to working closely with him to continue to expand United's global leadership."

"United Airlines is an iconic, global brand with a long history - but it's United's bright future that makes me enthusiastic about joining the team," said Earnest in the same release. "Cutting through the noise of the modern media environment is a challenge, especially in the highly competitive airline industry. United's advantage will continue to be its customer-focused core values, dedicated employees and visionary leadership team. That's the story that I am excited to tell."

Earnest recently served as a political analyst for NBC News and MSNBC, appearing on news programs such as the Today Show, Meet the Press and NBC Nightly News. In 2015, he was voted "best White House press secretary I've worked with" by White House correspondents surveyed by Politico. Earnest's first day at United will be May 21.

For more than a year, several viral news stories have plagued the beleaguered airline's reputation, including the death of a pet in an overhead bin in March, a doctor who was forcefully dragged off of a United flight last April, and an allegedly drunk flight attendant whose actions caused United to refund the fees of all passengers on a May 3 flight from Denver to North Dakota.