PAX International Asia Correspondent Jeremy Clark shares his perspective on what shifts are realistic for the industry in the years following the pandemic.

A change is going to come…or is it? Isn’t it interesting how in times of unprecedented chaos, we believe that this will be the catalyst for change? And then, it seldom is.

Around this time, we would have all been at IFSA in San Diego and readying ourselves for WTCE Hamburg in April. Instead, we are looking at yet another virtual expo. In my opinion, a virtual expo is like flying a simulator. It looks sort of real – but it just isn’t.

The workarounds we’re currently experiencing in food service and onboard service are either touted as the “new norm,” a term I particularly dislike as this is anything but normal, or temporary situations in anticipation of a return to the real normal.

Whilst a few companies have had some wonderful ideas for products and alternatives for their output – I’m thinking Monty’s Bakehouse, FORMIA, dnata, Kaelis – and others have innovated in anticipation of volumes returning to some semblance of normality. As far as embracing change, my prediction is that a few of these changes will stick but eventually the industry – or what’s left of it – will revert.

That may sound gloomy but the truth is that we will emerge leaner and more expensive and… pretty much the same. This is unfortunate because there is much that needs change, not least, relationships between airlines and suppliers.

Let’s first look at technology. A lot has been said about how it will reshape ticketing-boarding-serving processes. The much-hyped facial recognition and seamless systems for self-check-in as well as agentless boarding are hailed as the way forward. I don’t think so. Not for a long while. 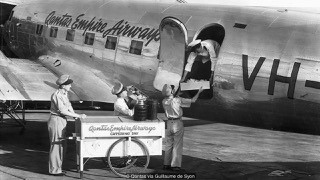 It’s not that the technology can’t do it (of course it can, most of the time), but there are other factors at work which many ignore or pretend are not there in order to promote this “New World.”

Firstly, the pandemic put an end to people confidently using touch-screen check in. They aren’t great even in the best of times. They frequently need human intervention to work. And they’re bacteria spreaders (they could position a flu-ridden sneezing child in its place to equal effect).

The whole face-recognition-one-stop-shop and easy boarding thing is, for the vast majority of the world, a pipe-dream at most. Aside from multiple software integration problems, there is increasing suspicion of this technology. However, the biggest problem, is the buy-in from agencies.

For example: From entering the airport to taking my seat on a short domestic flight here in Asia, I need to show passport and boarding pass no less than eight times. Actually, nine now with the added COVID-tracking and temperature check.

Everyone, including airport security, check-in subcontractor, airline, customs, immigration, airport police, crew, ground security, all want to have their little peek at my passport and boarding pass. Why is it necessary? Well, most of it isn’t but that’s the set-up and it’s not going change anytime soon until you can get all agencies to agree on a uniform ID check. Good luck with that.

Looking at foodservice, I see little scope for major change – with perhaps one exception which I’ll get to later.

Some airlines will cut back further on onboard offerings but the plain fact is that on long-haul flights, you have to do it. The design and process of uplifting and serving food to passengers has hardly changed since the 1950s, and neither can it. Smarter cups, lighter cutlery, cleverer packaging and innovative food combinations will not eliminate the fact that we still need hi-loaders, meal carts, onboard galleys and crew.

The major change I’m hoping for is that the cooperative nature between caterer/suppliers and its customers improves. With Temasek (SATS/gategroup/Servair and maybe LSG?), dnata and Newrest being pretty much the only players, the choice for airlines in many cases is ‘take it or leave it’. 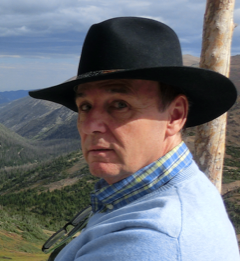 Since the day American Airlines famously took the olive from the FC Salad, the battle has waged. The result is that nobody wins, least of all the passenger. None of the global alliances, or even our own industry associations, could improve it.

When airlines emerge from the settling dust of the pandemic, I think we might realize the true value of service and of those who deliver it. The survivors will initially be chasing a nervous market. To woo them, they will be offering not cheap fares (except for those low-cost carriers that have nothing else to offer) but better service.

Legacy carriers that are gambling on the long-game will be the winners. New LCCs will emerge too but, in time. The volumes will return and the capacity will be playing catch-up. Until it matches or exceeds demand, competition will be more service oriented. That can only be a good thing for suppliers and caterers – and hopefully a catalyst for a change to the dynamics of pricing and service to something more humane and realistic.

But let’s not hold our breath. If history teaches us one thing, particularly in this business, it’s that we don’t learn from it. New generations of would-be game-changers come along believing they can re-invent the wheel and pretty soon, we’re back to where we were. Unless, unless we look seriously at all the problems that were in play up to March 2020… and do our level best to avoid them in the future. Here's hoping.