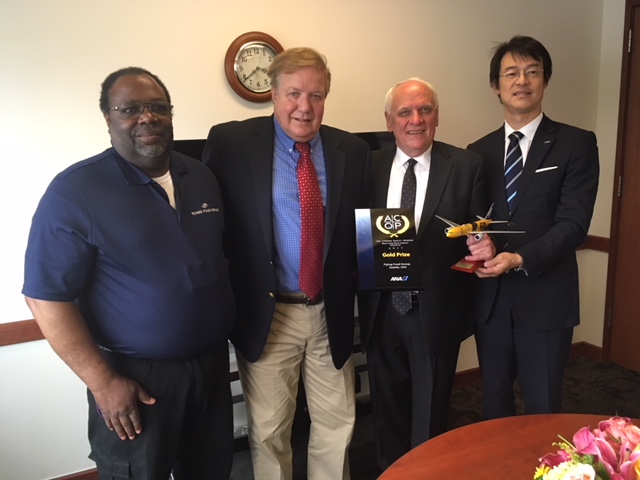 Flying Food Group Seattle (SEA) was presented with All Nippon Airways' (ANA) Best Long Haul Caterer - Gold Prize (2017) award on July 9 at its Seattle kitchen. The company received the same award in 2014 and has been working with the airline since 2006.

Presented by Mr. Takayuki Aze, ANA VP, CS and Products Services, the Flying Food Group team, helmed by GM David Whyte, was praised for its consistency in "producing outstanding Japanese and Western cuisine," according to an announcement from the caterer.