A new spirit for Qantas

This is a special feature from PAX International's June 2021 Asia-Pacific digital edition.

If there’s one airline that should be poised for a celebration this year, it is the national airline of Australia, Qantas Airways, for a couple important reasons.

In comparison with much of the world, the country has fared well during the COVID-19 pandemic, staying open and free due to what health experts say was a strong public response and containment management.

Last year marked the 100th anniversary of the airline with an acronym for a name: Queensland and Northern Territory Aerial Service. Founded in 1920, Qantas is a bit overdue for a celebration, and this one is all about a new spirit.

Four Pillars and Qantas have released a new gin to commemorate one hundred years of the national carrier.

The QF100 gin traces its roots back to Longreach, the birthplace of Qantas. It features botanicals sourced from the central western Queensland region, particularly the aromatic lemongrass that forms one of the bases of the gin. Other native Australian ingredients used in the gin include macadamia and lemon myrtle. 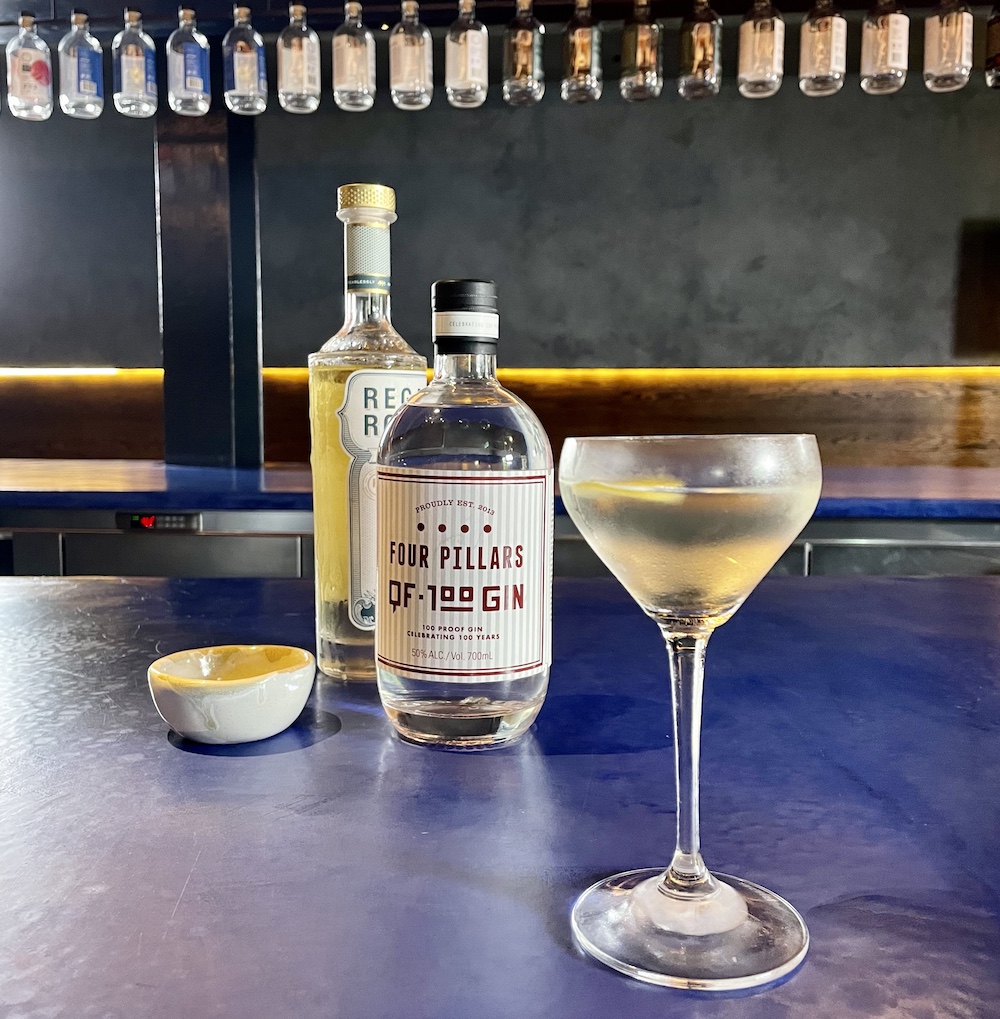 Four Pillars co-founder and distiller Cameron Mackenzie said in the announcement of the gin, he wanted to create a product that encapsulated the ’Spirit of Australia.’ Mackenzie traveled to the outback community to forage for botanicals native to the area, under the guidance of local indigenous elder Suzanne Thompson.

“For 100 years Qantas has connected Australians with the world, shaping the country we live in today. We were absolutely thrilled to be able to celebrate the centenary of the flying kangaroo with a truly unique, very Australian gin,” Mackenzie said.

Qantas Chief Customer Officer Stephanie Tully said the limited-edition centenary gin celebrates the beginnings of the national airline as it emerges from the most challenging period in its 100-year history.

“The QF100 gin features a label with grey strips to replicate the vertical corrugated iron from the original Qantas hangar at Longreach,” Tully said.

Qantas is featuring the gin in a signature centenary cocktail named the “Longreach Fizz” for customers visiting the Qantas International First lounges in Sydney and Melbourne, the Brisbane International Lounge (which recently reopened as part of the two-way agreement with New Zealand) as well as the six domestic Chairman’s lounges. It is also available for purchase in the Qantas wine purchasing store for AUS90 (US$69.50).