PAX Tech is pleased to announce that it has been named a supporting media partner for the FTE APEX Virtual Expo coming up December 8 to 9. As part of the partner agreement, the upcoming issue of PAX Tech will be available for free to all registered attendees and exhibitors via the Expo Media and Press Stand.

“This is a time when every airline and supplier is pivoting to accommodate the changes currently taking place in the industry. Following the recent postponement of [the Hamburg shows], FTE APEX Virtual Expo, the air transport industry’s first major digital trade show, now has an even more important role in in bringing the industry back together en masse at a time [when] we can’t meet face-to-face to share what our new priorities and capabilities are,” says Daniel Coleman, Founder and Chief Executive Officer (CEO) of Future Travel Experience (FTE).

“Our partnership with PAX will help us ensure all the important developments, launches, and announcements coming out of the event from exhibitors and speakers are communicated to the widest possible audience, to help inspire and move the industry forward in a manner that will make it even stronger in the long-term,” he says. 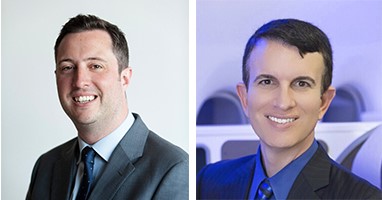 “We’re excited to be working alongside the event organizers on the upcoming digital show. This marks our first issue to be published alongside an expo event since the start of the pandemic, so we’re really encouraging the industry to share any big news and launches with us,” says Rick Lundstrom, PAX Tech Editor-in-Chief. “We’re thinking of it much like our other issues in that the publication serves as a way to promote the innovations in the industry to coincide with launches and announcements at the show.”

Coleman tells PAX Tech that the event now has thousands of registered attendees, more than 120 of which are representatives from airlines. More than 50 exhibitors have confirmed, including Airbus, SATS and Monty’s Bakehouse, an airport that will show off its robotic capabilities along with developments from other airlines, airports and suppliers. The speaker lineup includes CEOs from Delta Air Lines, Alaska Airlines, Avianca, Los Angeles World Airport and other executives. The event will host an exclusive think tank focused on business model transformation post-COVID-19. The think tank is made up by senior executives at Virgin Atlantic, easyJet, Pittsburgh Airport, AirAsia and Bangalore Airport.

“It is really exciting because, historically, associations have been viewed as perhaps slow to change,” Airline Passenger Experience (APEX) and International Flight Services Association (IFSA) CEO Joe Leader told PAX in an August 3 interview when the Expo was announced. “APEX and IFSA and our incredible FTE team members really are embracing this change wholeheartedly.”