Jeremy’s World: The logistics of airline catering is all at sea 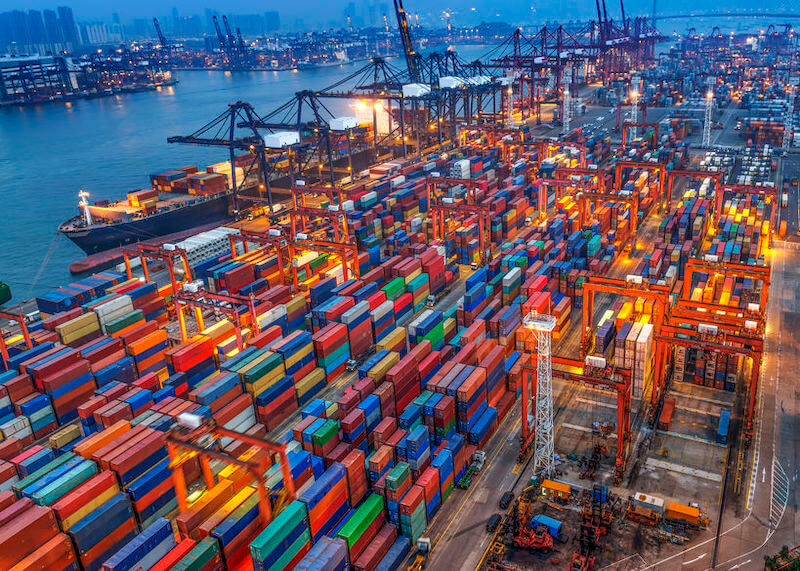 Forget about your masks, your jab passports and quarantines…. there’s a whole new problem emerging for airlines.

In the event you’re able to climb aboard a plane, you might not get your coffee. Not only is there a potential shortage of coffee, but there are no cups to drink it from and no spoons to stir it.

The problem isn’t that there is a real shortage; the spoons and cups and coffee exist – the problem is there is no one to ship it to where it’s needed. Where have the shipping containers gone? Well, there are few ships, sailing less frequently and no ports open for them to dock. If they do, there are few workers to process them.

And because there is less cargo moving around and demand has plummeted. Factories in China and elsewhere are producing less, or even not at all.

This is all because of a world we have created which is based on short-term profit where everything is centered around speed and volumes.

This is your Globalists Utopia, and frankly – it’s not going well.

Those of us old enough to remember, can go to the last time logistical issues were almost, but not quite, an airline killer. The oil crisis in the mid 1970s created a temporary halt to the movement of goods for a while, however there are three key differences between then and now.

First, the march to true “globalism” was still in its early stages so products were not shipped so frequently to so many places or so far, or in such volumes.

Secondly, the containerization revolution was also in its infancy so the total reliance on containerized movement of product was buffered by the availability of similar goods closer to home, albeit more expensive.

Thirdly, and most importantly, the people who ran the businesses that used and shipped goods in those days were the generation who knew and understood what it was like to manage logistics in a chaotic post-war world. They knew how to manage a crisis.

In writing this article, I spoke to a number of people from the industry affected by this, and noticed the similarity in their comments.

One key issue is the mindset of customers – particularly in the US – who have been conditioned into a Walmart-style “Just in Time” supply chain built to follow algorithms to a point where they are not interested in supplier’s excuses. They just make demands.

Well, it’s wake-up time!
As Federico Heitz, CEO of Kaelis, supplier of airline disposable and rotable equipment says, “Harvard doesn’t teach you this. They simply don’t tell you how things have to work in a war economy – because that’s what we have right now.”

“This is no longer a ‘Just in Time’ system we have to work with. It’s a ‘Just in Case,’” he adds. Heitz says Kaelis is now closing on orders for delivery in June 2022. 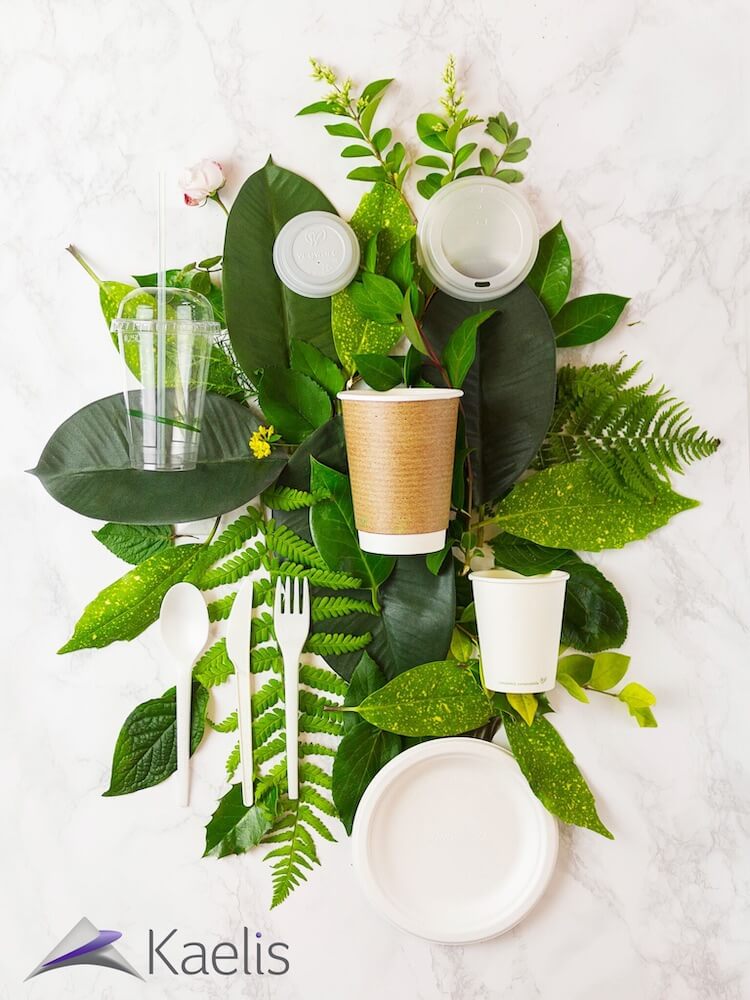 It’s not only the customer’s operations managers who need to be convinced, it’s primarily the accountants – and they are often the hardest to wake up to the reality of the situation.

As you sit at the table of the globalist’s poker game, you may have played some risky hands recently, but fate has just called your hand and is holding a royal flush. Sorry, you lose.

In an interview with Sola Netherlands, cutlery supplier to more than 90 airlines, Export Manager Hans Engels says there are further multi-faceted problems. Ports are closed or severely restricted and tens of thousands of containers are trapped. The shipping lines are mothballing ships but still have huge costs, so they are in no hurry to run empty. This restricts capacity so per container costs are increased to mitigate. Freight charges have increased up to 500 percent in the past 18 months. 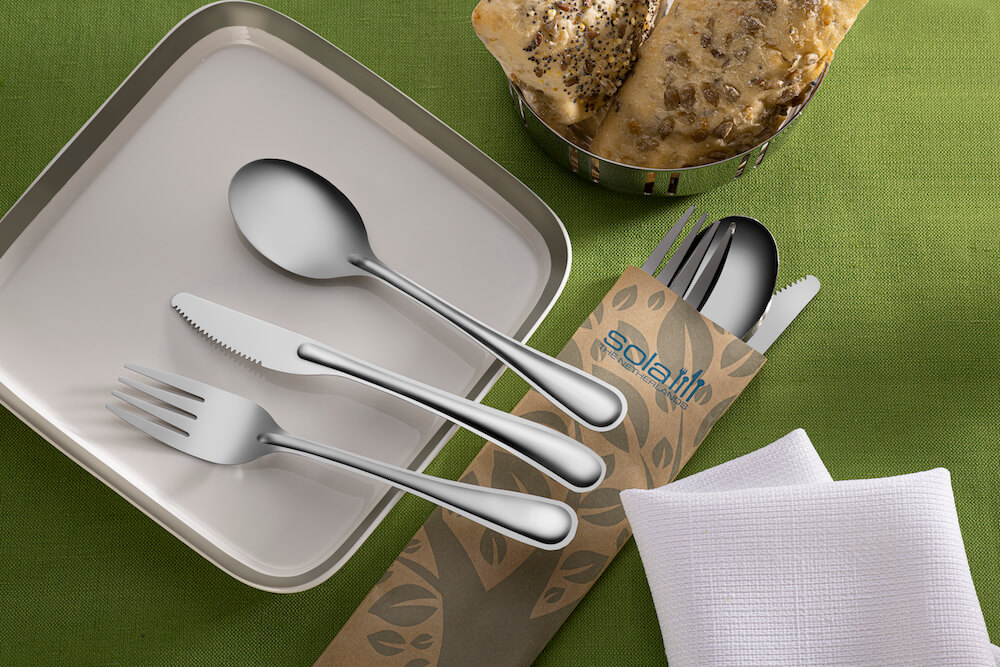 It doesn’t stop there. The source of supply has significantly realigned. Most airline onboard equipment comes from China, by sea. The Chinese juggernaut of globalist-based supply has engineered itself into an unstoppable tanker heading for the shoreline. Built solely around the “Just in Time” and build-fast-produce-fast-sell-cheap school of economics, there is absolutely no provision for when everything is turned upside-down. The immediate effects of this are felt.

“In our case, COVID shut down some factories. They either went bankrupt or have switched to a commodity they can produce and sell more easily. It means that some need to go to larger factories that have survived. The problem there is that they have huge demand, so they pick and choose what to accept,” Engels says.

This is where airline provisioning has the disadvantage. The volumes we demand are nothing like the in the retail sector so the choice between 50,000 airline teaspoons and five million dinner sets for Walmart, is an easy one.

And even if they accept the order, you’ll need to be patient because, as Engels says, “You need to wait unspecified times before you are next in line.”

So airlines are in an ironic situation. Faced with pressure to reduce carbon emissions and also a ban on single use plastics in the EU, the option for Kaelis’ plastic-free containers or Sola’s super light-weight, recyclable steel cutlery is problematic because the stuff can’t get shipped to them.

Food makers are also not exempt from this crisis. Frankenberg Managing Director Laura Schlaadt says, “We have seen increased costs in packaging directly attributed to transport fees for our suppliers, as well as experiencing our own challenges in sourcing some far east consumables. However, we try to mitigate any production problems with careful forward planning and close cooperation with our customers and suppliers.” 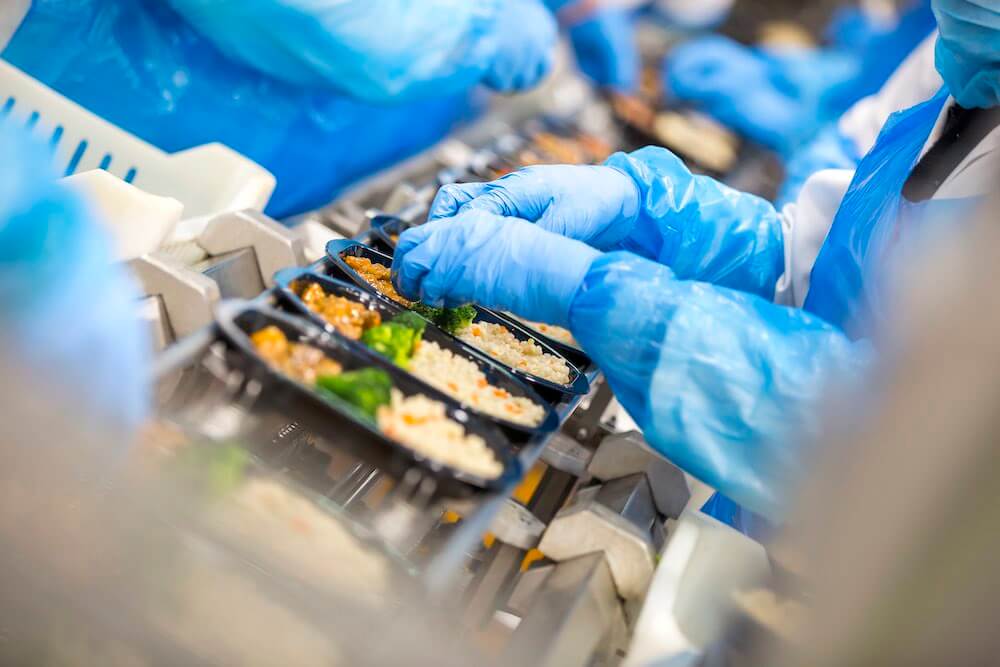 This further strengthens the argument for Just in Case planning rather than Just in Time. Logistics in airline catering has always been a little crazy. The famous anecdote which goes back many, many years – possibly true – is of a large US carrier’s French wine shipped in bulk from France to Chicago by land and sea to a central dispatching warehouse. Then sent back to Paris for uplifting onto a flight from Paris to Chicago. We have to do better than that.

What is the solution? Well in many cases there isn’t one, however the expensive but very obvious one (apart from reducing the amount of product we actually need) is for the airlines to shift their own stuff around themselves – and so we’ve seen throughout these past 18 months massive growth in air cargo.

The big problem of course is that shipping your own stuff doesn’t make you money.

So, if you really need that coffee, is this is the rebirth of the Thermos Flask?