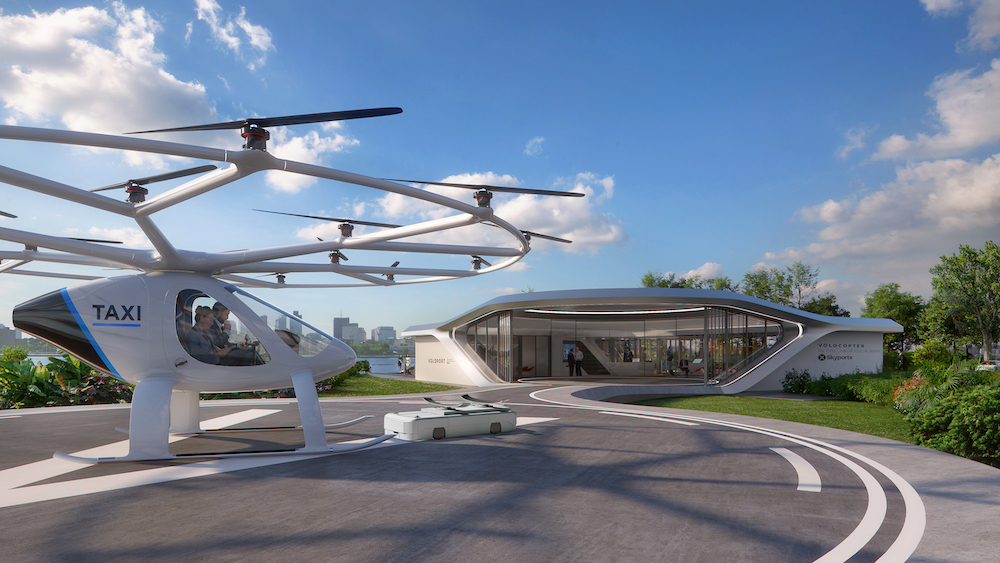 Skyports designs and constructs take-off and landing infrastructure for air taxis. Vertiports can be thought of as miniature airports throughout cities

In the not-so-distant future, hopping on an inter-city flight to avoid road traffic getting out of a downtown metropolis may be commonplace. UK-based Skyports is pioneering the design and construction of take-off and landing infrastructure for air taxis and making this method of air transportation a reality in the next two to four years.

Skyports partnered with German air taxi pioneer Volocopter to unveil the world’s first full-scale passenger air taxi vertiport terminal prototype – the ‘VoloPort’ – at the Intelligent Transport Systems (ITS) World Congress in Singapore in 2019. The companies are now working together to bring VoloPorts to the city state for permanent commercial operations.

“Think about these things like miniature airports all around cities. You land vehicles, you go to a gate, you offload passengers, you recharge the vehicle, you clean it, you do your safety checks, and you get it back out of there,” Duncan Walker, CEO of Skyports, tells PAX Tech.

These air taxi vehicles are also called eVTOL (Electric Vertical Takeoff and Landing) – as Walker explains. This type of aircraft uses electric power to hover, take off and land vertically and can be used to transport both passenger and cargo.

Air taxis offer a whole raft of perks because they are electric. They run much quieter than traditional combustion aircraft and helicopters. The engine has a significantly lower price point and maintenance is easier, resulting in less downtime.

They are best suited for flights of approximately 25 minutes, however, with the advancement of battery technology and vehicle design, longer journeys will be expected in the future. The two most typical use cases are for efficient transport within a city, for example from the LAX to downtown Los Angeles, and for inter-city travel between hubs, such as between Miami and Fort Lauderdale in Florida, says Walker.

“It’s a time-saving, efficient, direct flight in and out. You can drive the hour and a half between the two by car, or go in 20 or 25 minutes,” he says. 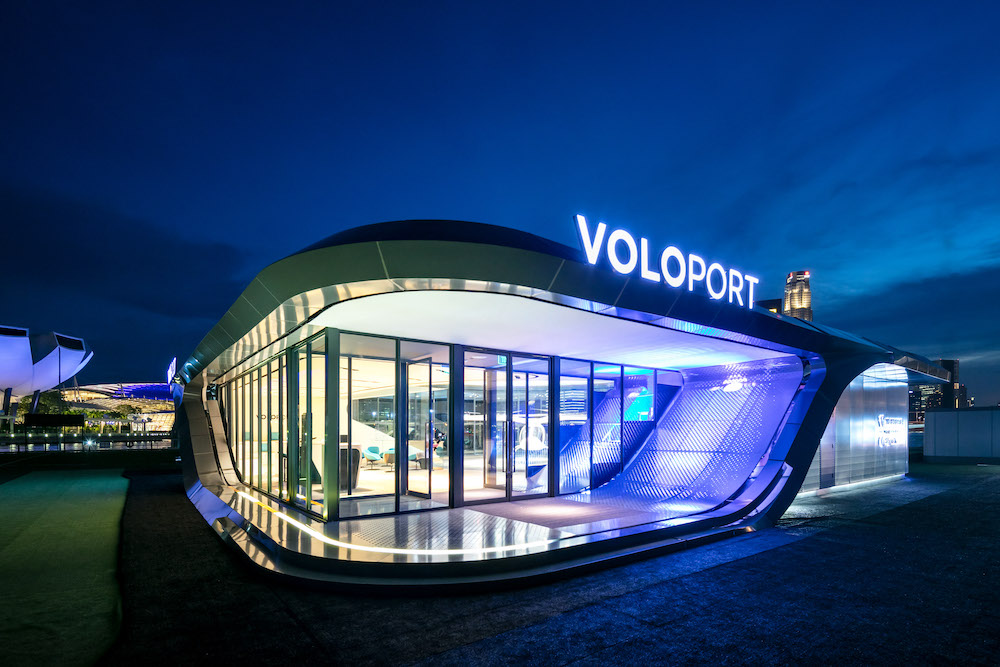 A lot must be considered when integrating vertiports into major cities: demand for the transportation, the problems the city is trying to solve (vehicle traffic, public transportation issues), the existing airspace, available space to put the vertiport (low, square parking lots are ideal), surrounding locations, where the landing area is, how many gates, the passenger journey and more.

“The physical building is the easiest part,” Walker says. “We really need to focus on airspace and airside configuration.”

Walker predicts that the industry will start to see air taxis and vertiport infrastructure scale up post-pandemic. He says he doesn’t think people will be wary of the technology because personalization is at the forefront in the commercial aviation industry. This is seen in advancements in inflight entertainment, connectivity, seating options, inflight products, catering options and more.

“Would people be prepared to jump in it? Yes. It’s a personalized form of transportation,” he says. “I personally don’t think that demand is the constraint in this industry for many years to come. I think supply of vehicles is probably the constraint for a while.”

Household names such as Airbus and Boeing are among the manufacturers out there going though certification processes for air taxis, he says, adding that the first wave is expected to be certified by about the end of 2023.

Skyports is pioneering the design and construction of take-off and landing infrastructure for air taxis in major cities, Skyports, Voloport, Volocoptor, Air tight solutions from Skyports