Airport Dimensions’ new Airport Experience Research has revealed that 57 percent of frequent travellers surveyed visit the lounge at some point during travel.

Along with increased demand to visit lounge spaces is the desire for enhanced retail experiences while enjoying these spaces — and travellers are willing to pay for lounge access. One-quarter of travellers visit due to the class of their flight(s), nearly one-fifth (19 percent) access these spaces as part of loyalty programs such as Priority Pass and the same number (19 percent) via airline membership. A similar number (18 percent) pay directly for lounge entry. 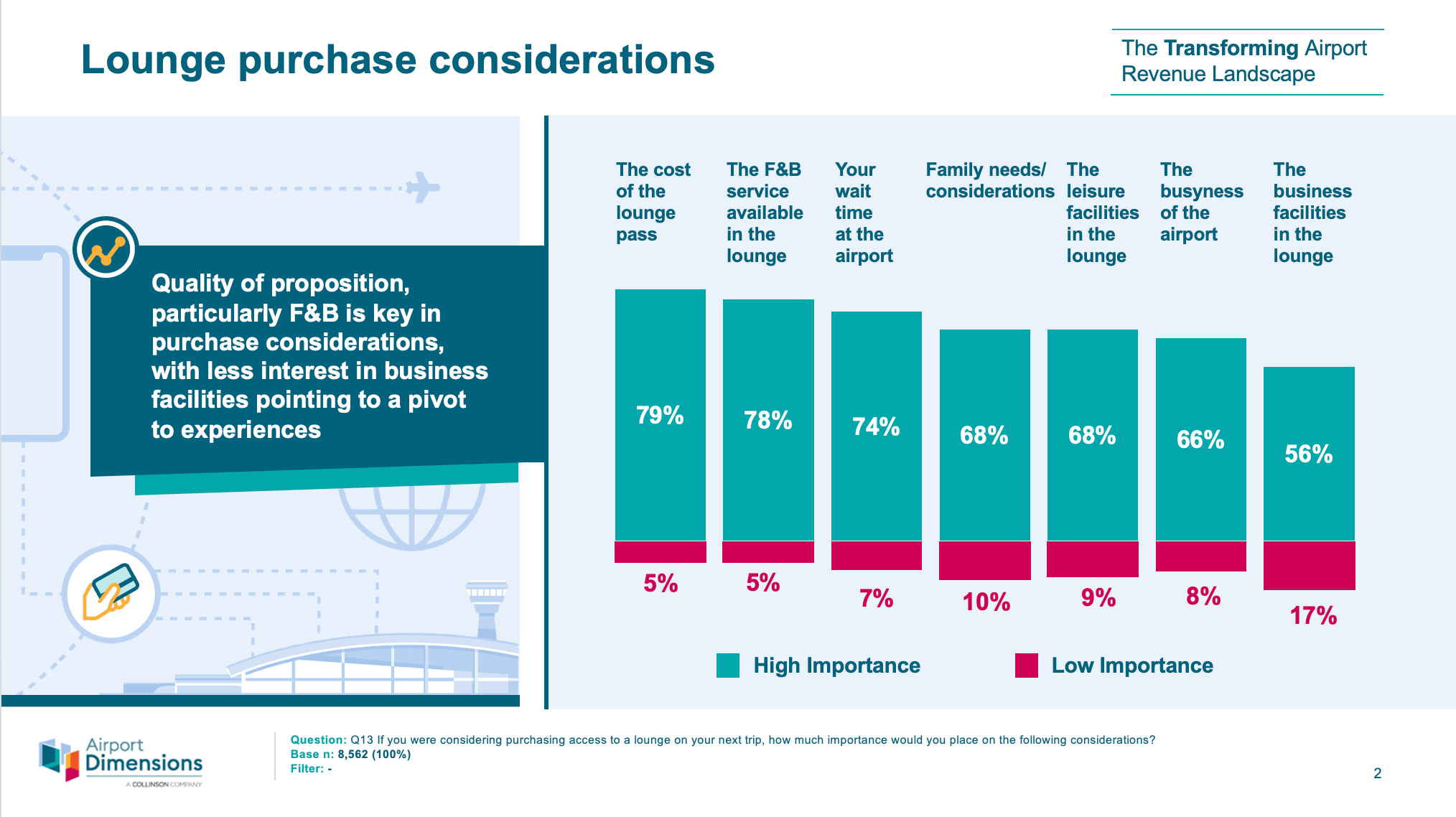 Travellers are increasingly using lounge spaces for leisure purposes rather than business. More than half of travellers (56%) use lounges in order to access traditional, business facilities; 78% to enjoy the food available and 68% to gain access to amenities. The research also revealed the desire of travellers to access digital services while at the lounge. The leading digital priority for travellers was access to flight information, with 83% citing this as their top concern. More than 80 percent said the ability to order food and beverage online was a draw, while 72 percent wanted to be able to book lounge amenities digitally.

Travellers are also willing to pay more for an enhanced journey, with over one-third (68 percent) saying they would be happy to pay for premium food and beverage options. At 56 percent, more than half said they would be keen to spend money on grooming, personal care and spa services to "further augment" their airport experience.

Travellers also welcomed the chance to engage with brands while at the lounge:

“The line between the lounge and traditional airport commerce is blurring. While airports in the past have seen lounges as somewhat of a black hole for retail spending, it is now clear that they have the potential to become solid drivers of revenue," said Stephen Hay, Global Strategy Director at Airport Dimensions.

While "new revenue opportunities are important," he noted, "we should not forget that the primary function of the airport lounge is to provide an amazing and increasingly customized experience for each guest."

The Airport Dimensions Changing Airport Experience survey was conducted in partnership with leading market research agency Dynata. The research draws from the experiences of more than 8,500 air travellers covering a wide and representative cross-section of demographics.