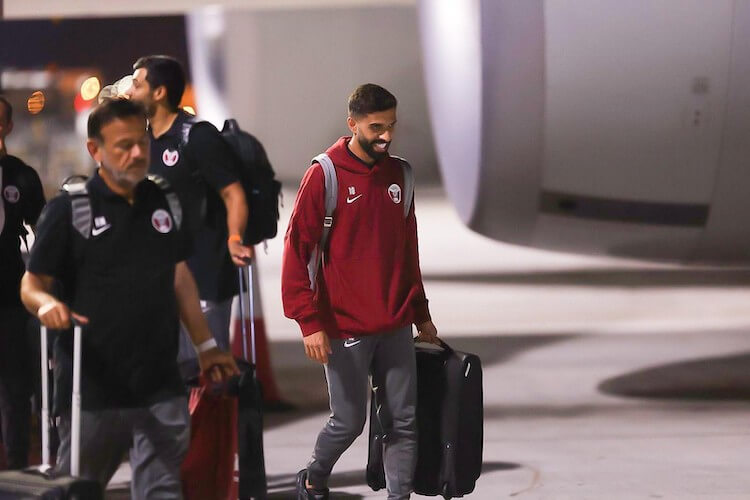 The reigning AFC Asian Cup champions arrived in Doha after completing a training camp in Spain, fully prepared to participate for the first time in the FIFA World Cup™

Qatar Airways marks one week to go until the FIFA World Cup 2022™ by flying the Qatar National Football Team back home. The airline will also fly 140 FIFA Legends to take part in the FIFA Fans and Legends tournament to be held at the FIFA Fan Festival™ in Al Bidda Park, according to the November 14 release.

The reigning AFC Asian Cup champions arrived in Doha after completing a training camp in Spain, fully prepared to participate for the first time in the FIFA World Cup™. The Qatar National Football team will kick off its tournament play on 20 November in the opening match against Ecuador. The squad will also face other opponents in Group A, including Senegal and Netherlands.

Courtesy of Qatar Airways, FIFA is reaching all ticket holders with a chance to play for their national fan team in the FIFA Fan Tournament. Ticket holders are required to join the airline’s Frequent Flyer programme, Privilege Club, for a chance to win.

Qatar Airways Group Chief Executive, His Excellency Mr. Akbar Al Baker, said: “Qatar Airways, the Official Airline of the Journey for the FIFA World Cup Qatar 2022™, is all set to welcome fans from around the world to the State of Qatar. Football fever is in the air and this is the moment we have all been waiting for.”

“This time next week, the first FIFA World Cup™ whistle will sound, marking the beginning of a truly extraordinary tournament that will be remembered for a lifetime. On behalf of the Qatar Airways Group, we are excited to welcome football fans onboard and at various key locations around the country.”

“Football fans in Qatar during the tournament are invited to visit the Qatar Airways Skyhouse, located at the FIFA Fan Festival™,” the release said, adding that the space will host “a range of engaging activities, including a unique zipline experience, a Neymar Jr. interactive challenge, a swing photo booth, a face painting booth, a Qverse experience, and much more.

Upon arriving to any of the eight stadiums on match day, guests are also invited to enjoy various interactive football-themed experiences and family-friendly games at Qatar Airways’ stands in the Brand Activation Area.

Qatar Airways has partnered with social media platform 433 “The Home of Football” for the duration of the tournament and will be broadcasting content with football legends from an interactive studio situated in the Qatar Airways House, an invite-only venue located in the city.

The tournament will be held across eight world-class stadiums designed to invoke the symbols of Arabian culture. The Al Bayt Stadium will host the Opening Match with a capacity of 60,000 seats, while Lusail Stadium is set to host the Final Match of the tournament, with a capacity of 80,000 seats. The remaining stadiums, which include Ahmad Bin Ali Stadium, Al Janoub Stadium, Khalifa International Stadium, Education City Stadium, Stadium 974 and Al Thumama Stadium, will house 40,000 spectators.