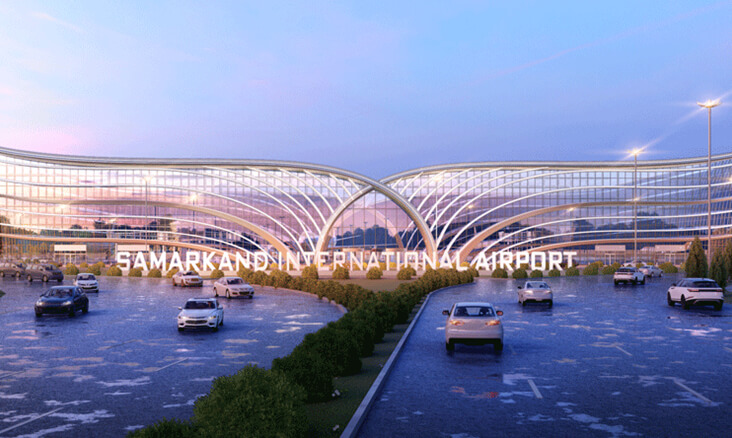 Air Marakanda announced the opening of the expanded and redeveloped Samarkand International Airport with an inaugural flight from Tashkent to Samarkand.

“An airport is the first thing you see when you arrive in a country and the last thing you see when you leave. Samarkand International Airport will become a ‘visiting card’ of Uzbekistan," said Air Marakanda’s Deputy General Director of Operations Hilmi Yilmaz. “On behalf of the entire staff of Air Marakanda, I thank our government and all partners, without whom the implementation of such a large-scale project would have been impossible."

More than 250 people participated in the opening ceremony, including the First Deputy Prime Minister of the Republic of Uzbekistan Achilbay Ramatov, Minister of Transport Ilkhom Makhkamov, Khokim of the Samarkand Region Erkinjon Turdimov, and Chairman of the Board of Uzbekistan Airports Rano Juraeva.

The modern facility will be able to handle triple the number of passengers than it could previously, according to a March 18 press release from Air Marakanda. Upon completion, the number of regular flights will increase from 40 to 120 per week, with a total of 24 new aircraft parking spaces available.

“Having served only five destinations in 2019, Air Marakanda’s route development plan aims to increase destinations to 30 by 2030,” said the release.