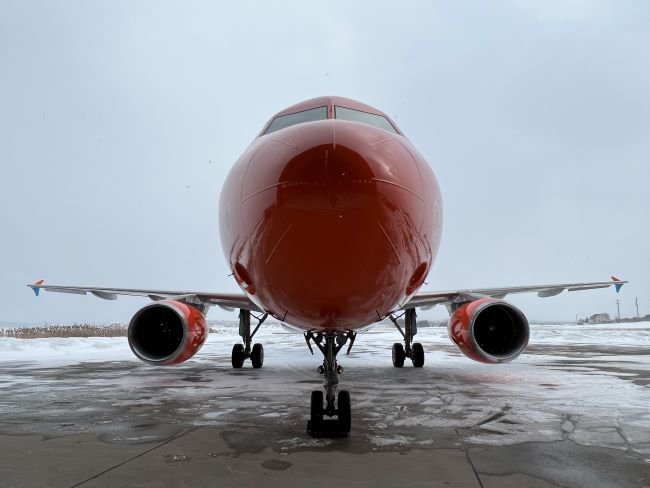 Canada Jetlines plans to take to the skies later this year

Canada’s newest leisure airline plans to take to the skies this year with goals of meeting the pent-up demand for travel while delivering a completely personalized passenger experience. From ticket packages and baggage to connectivity and inflight food and beverage, Canada Jetlines is coming to market with a customizable offering.

Who is Canada Jetlines?
Canada Jetlines, or Jetlines for short, is a leisure carrier that aims to take off in late summer of this year. With its main hub at Toronto Pearson International Airport (YYZ) it joins the roster of Canadian airlines bringing travelers to sun destinations.

But Jetlines differs from the LCCs and ULCCs in many ways – and it is the perfect time to introduce it, Jetlines’ Chief Commercial Officer (CCO) Duncan Bureau tells PAX.

“I don't think there's been a better time in the last 20 years to start an airline and the reason for that is obviously there's a tremendous amount of pent-up demand and so we know that Canadians are very eager to travel,” Bureau says.

And while starting an airline is always a big feat, it has been turbulent-free so far with experienced leaders at the helm. The executive team is made up of several seasoned players who know the industry well. 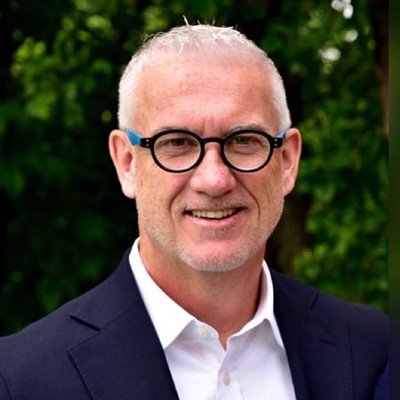 Bureau has more than 25 years of experience in aviation, including network planning, revenue management, sales, marketing and operations. Along with serving on advisory boards such as Canada Tourism and USA Tourism, he is the Co-Founder of UAE-based LorEau Group. The firm consults in aviation, manufacturing and online booking engines. He has also served in various senior roles at WestJet Airlines, Malaysia Airlines, Air Canada, Air Canada Rouge and Etihad Airways. 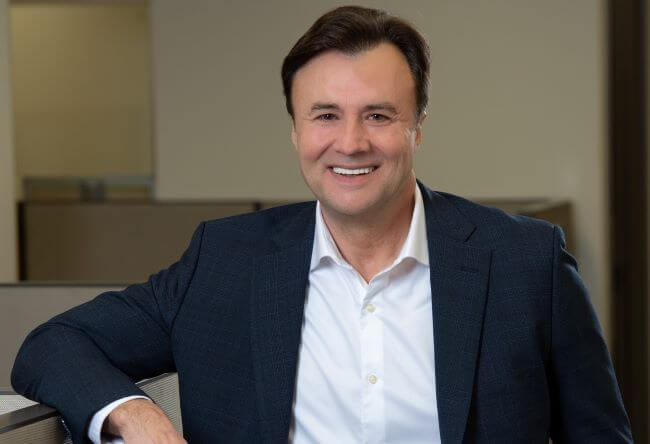 Chief Executive Officer (CEO) Eddy Doyle joined the industry with Air Canada in 1989 as a pilot. Since then, he served in several management positions at the airline and then went on to help launch Vietnam-based Bamboo Airways as the Deputy CEO.

Barbara Syrek, Jetlines’ Chief Financial Officer (CFO), has more than 20 years of finance and operation experience. Her most recent roles include CFO at Sky Regional Airlines and Skyservice Business Aviation, as well as FBO, Director of Finance & Controller, at Thomas Cook Canada. 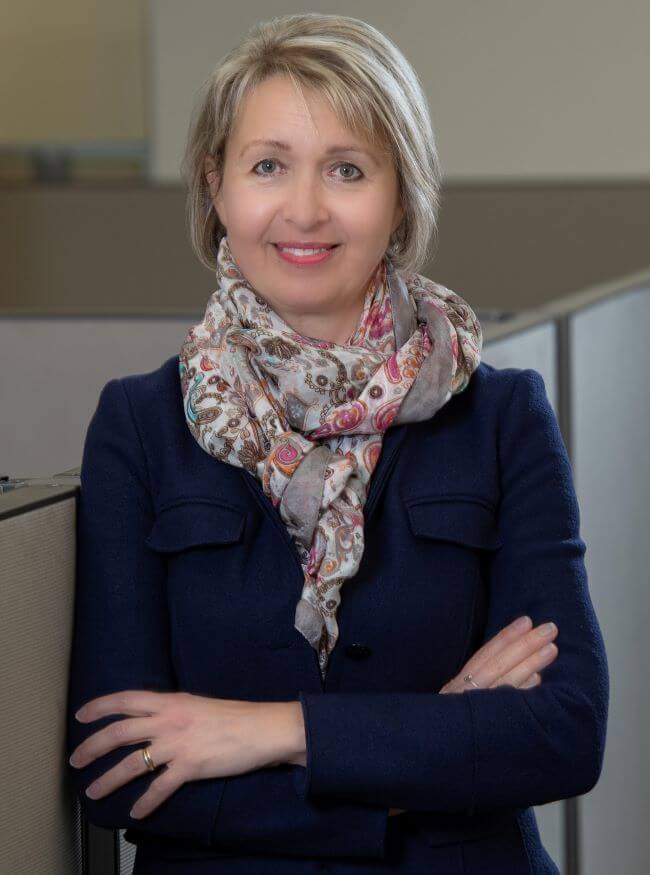 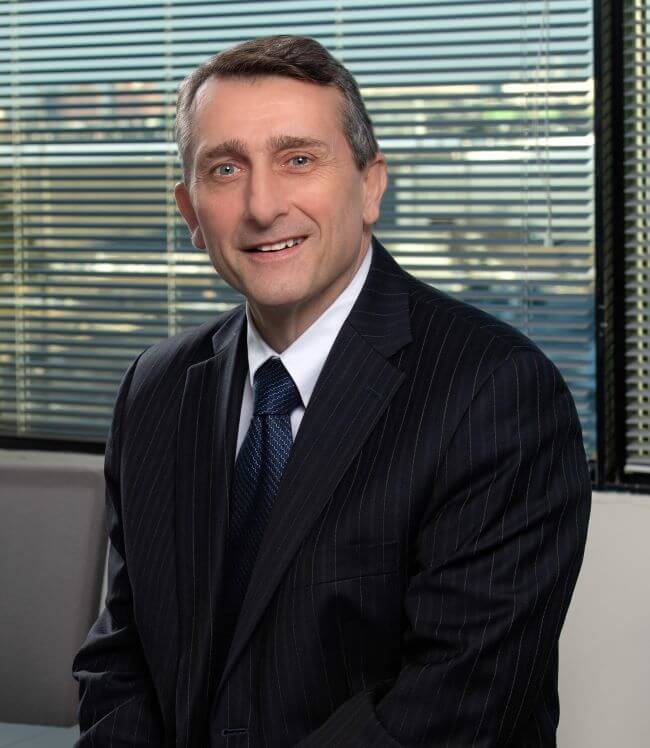 Pope has worked with Air Canada, Eastern Airlines, Canada Post and Purolator among other notable companies. He also has a commercial pilot license. 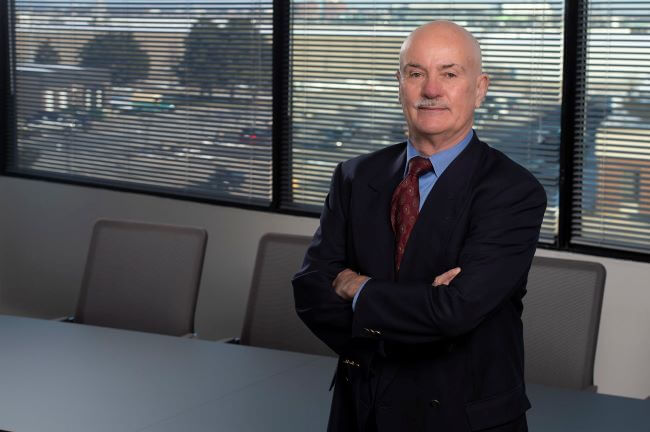 Vic Charlebois is on with Canada Jetlines as Vice President Flight Operations. He has been in aviation senior management with Canada 3000, Zoom Airlines, Ornge and First Air, now Canadian North. 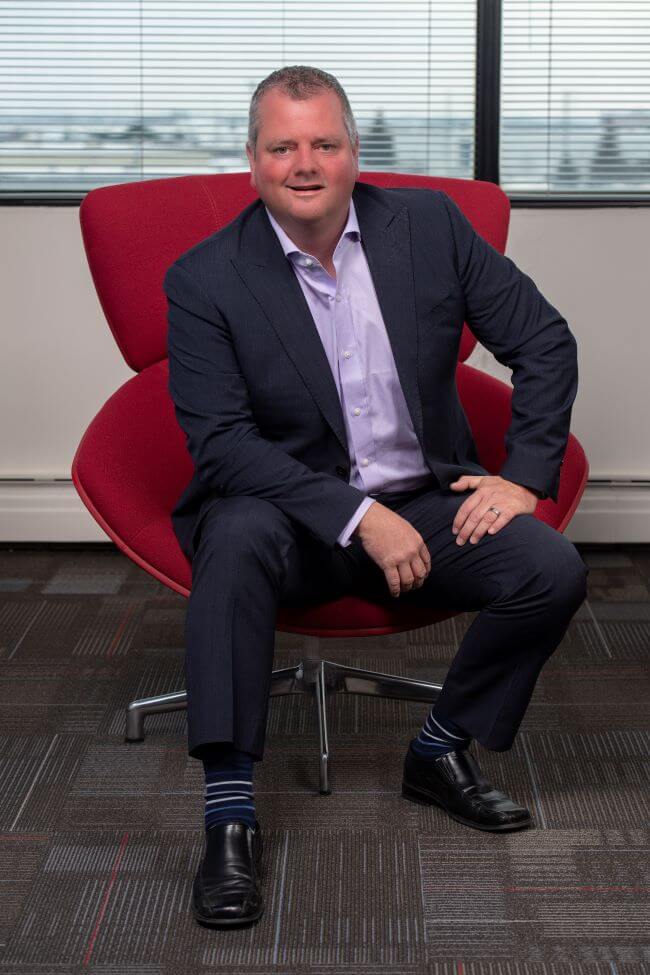 “We've got a very good process with the Canadian Transportation Agency (CTA), it's been very collaborative,” Bureau says.

The fleet
Jetlines will operate a fleet of A320s (subject to Transport Canada approval), the first of which it received in late-February. The aircraft flew in from Shannon, Ireland where it underwent painting and interior refurbishing, as well as a completely new Layout of Passenger Accommodations (LOPA).

“Our ability to get aircraft right now is extremely easy,” Bureau says. “There are a lot of airplanes sitting on the ground.”

Jetlines chose the A320 for its reliability, capability and operational performance. The age of its fleet will typically be around 12 years, just post-C-Check. The aircraft will not undergo another major check for six years, ideal for a budding airline, Bureau says.

Comfort at the core of the interior
Recaro’s 3530 will fly on Jetlines, selected for the overall comfortability and design which gives an additional half-inch of pitch for all passengers. Generally, the A320 could fit 184 passenger seats in a single cabin configuration, but Jetlines has opted to go with 174 seats to give passengers even more living space.

“It was all about comfort. We could have squeezed more in, and we chose not to do that for passenger comfort,” Bureau says.

The seat includes a seatback device holder to help keep passengers organized and feeling spacious even with the tray table down. 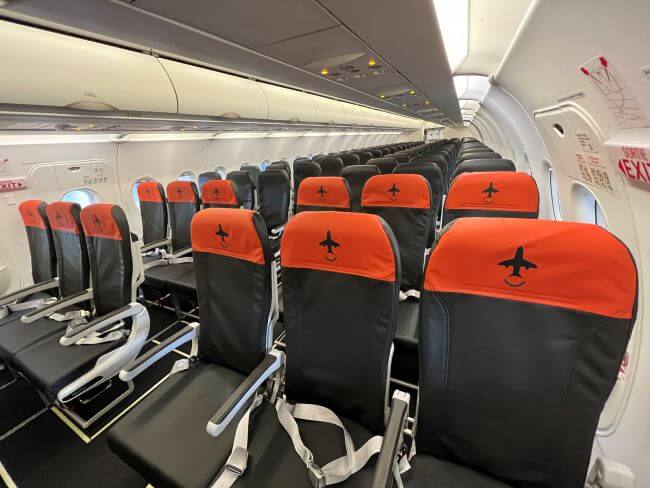 “It’s a small detail but it’s so meaningful to what your experience is as a passenger if you feel less like you’re encroaching on someone else’s space,” Bureau says.

Canada Jetlines announced in early-December that is has selected Moment for its Flymingo Box IFE system. The system offers a flexible, aircraft-powered digital suite for passenger entertainment and aircraft operations. The IFE also deploys real-time travel information and a seamless e-commerce platform, placing power and ease of use at passengers’ fingertips throughout the journey.

The browser-based platform enables secure streaming on personal devices. The W-IFE solution allows passengers to connect easily to a local cloud, via their browser, and to access entertainment services directly on their mobile devices. Designed as a compact, battery-operated or aircraft powered server, the system has the capacity to provide video streaming to 100 passengers simultaneously. AVOD streaming, digital shopping and an interactive moving map are available to passengers. By integrating this dynamic program, the leisure airline aims to elevate passengers’ experience and enhance comfort in the cabin while creating ancillary revenue opportunities. 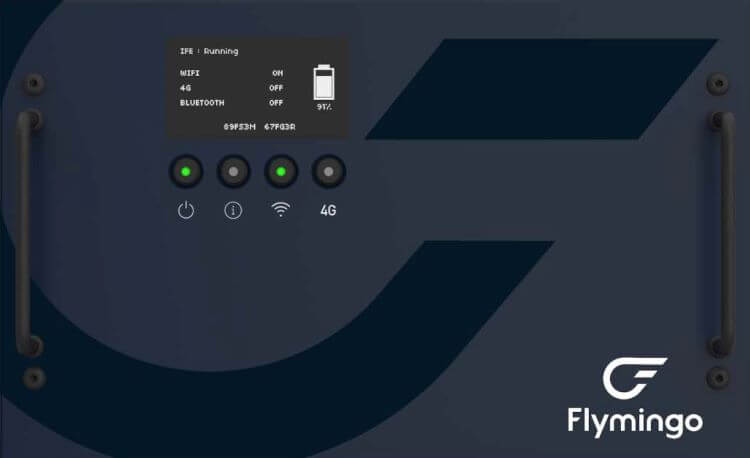 “Moment is proud to support the launch of Canada Jetlines. We’ve built a digital experience in line with the values of the airline, and experiences to delight the greatest number of passengers,” said Yves Laffiché, CCO of Moment in the December press release. “With Canada Jetlines, we are strengthening our position on the North American market and our will to support airlines with advantageous economic models adapted to tomorrow’s aviation.”

Bureau says the Flymingo Box is a perfect fit since most passengers bring their personal electronic devices onboard anyway. The box helps reduce weight versus seatback screens, and Moment can update the technology as streaming capability improves and needs of passengers evolves.

Tickets and tours
The airline will offer packages that can be personalized to suit every passenger’s needs. Passengers can tailor their Jetlines trip to exactly what they need, including the number of bags, legroom, inflight Internet access and more.

While some carriers opt to charge a minimal seat fee and then bill for seemingly hidden add-ons, such as carry-on luggage, seat selection, water onboard or even making a phone call to the airline, Bureau says Jetlines’ model of openly offering all these options in advance will add value to the passenger experience.

The airline also owns its own tour operator, facilitating ticket purchases and partnering with three-star-and-above hotels.

“We will be vertically integrated. We think that’s a tremendous value proposition that we can deliver to passengers based on our costs and ability to align ourselves with hotel partners,” Bureau says, adding that it offers the carrier another competitive advantage over others.

“There’s a little tiny market for each other those specific options that people are always demanding,” Bureau says. “We want to create these bundles where we know that consumers have communicated that there’s value to having them. It’s really allowing people to acquire the products and attributes they need to make travel right for them.” 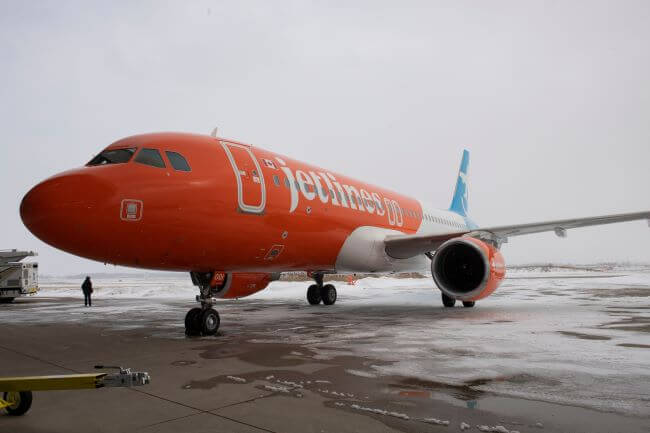 Canada Jetlines’ passenger service system (PSS) takes personalization even further via the sophisticated crew resource management (CRM) system, the Departure Control System (DCS) and Packet Switched Network (PSN). The systems all work together to keep all crew informed at every step of each passenger’s itinerary.

For example, if a couple was traveling during an anniversary and included this information on the ticket, the Jetlines’ crew would be notified to deliver a passenger experience that meets the expectations of the travelers, Bureau says, adding that the other extreme would also be true, say for somebody traveling due to loss or emergency. Or, if someone had a really bad time on a previous flight, the airline tracks that feedback and improve the next experience with that passenger.

Along with offering Food & Beverage for buy-on-board, Jetlines plans to offer branded premixed drinks in the inflight service. They will rotate through the seasons and provide the same experience that passengers would expect when ordering their favorite cocktail at a bar or at the liquor store. The airline plans to partner with a popular coffee company, too, says Bureau.

“We feel incredibly proud of the branding and the airline we're building,” Bureau says. “We want to be easy to do business with and we want to deliver a great experience. I think at the end of the day if we could do three things, it will be successful, and that is, create an airline where people want to fly, people want to work, and people want to invest in.”