Northern Pacific Airways is new in the north 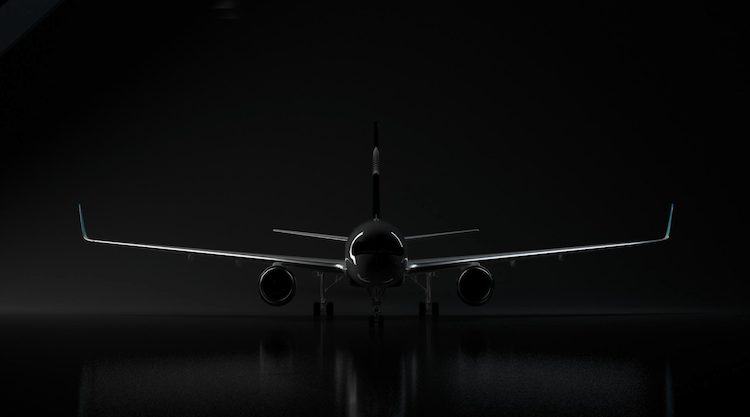 Starting late-2022, Northern Pacific Airways will offer flights connecting East Asia and the US via its main hub in Anchorage, Alaska

The world at large has been watching patiently for some sign that the return to travel is really here. The rolling out of government travel passes and easing of entry provisions in the latter half of 2021 have pointed in the right direction. And IATA reported last month that overall, global demand (measured in revenue passenger kilometers) in 2022 is expected to reach 61 percent of 2019 levels. While international demand is predicted to be slowest to recover, it is expected to reach 44 percent of pre-COVID levels. Domestic demand is expected to reach 93 percent.

These are encouraging figures for a budding long-haul airline whose business strategy is based on connecting East Asia and the US via its main hub in Anchorage, Alaska.

“We think there will be a pent-up demand for air travel once things open up, and we plan to be there with a first-mover advantage,” Northern Pacific Airways CEO Rob McKinney told PAX International on a cloudless October day in New Mexico. The first of the airline’s fleet of 757-200s was being transferred from New Mexico to San Bernardino, California for a C-level check and fresh paint job. 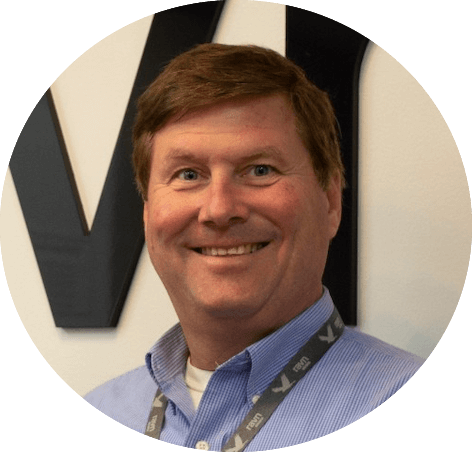 Starting late-2022, Northern Pacific Airways will offer flights from select US cities (in New York, Florida, California, Texas, and Nevada) to Japan and Korea, with a required stopover in Anchorage. It will operate out of Ted Stevens Anchorage International Airport’s North Terminal. It has eight gates and Industrial and Financial Systems (IFS) already in place.

The goal is to offer “connection – a pleasant experience and a lower price point,” McKinney says.

A lot has transpired on the project since he and business partner Tom Hsieh, now Northern Pacific President, pitched the idea to the investor group in April 2021.

Six 757s
In early stages, the airline is committed to operate six 757-200s, a narrow-body aircraft model from Boeing. It was last produced in 2004, but is still in service with leading global airlines such as Delta Air Lines and United Airlines. The 757-200 boasts lightweight performance abilities, 20 percent lower operating cost, speeds up to 609 miles per hour, and long-range capabilities up to 2,200 nautical miles, fully loaded with cargo and 200 passengers in a two-class configuration – still with plenty of fuel in reserve. Northern Pacific Airways will operate a fleet of six 757-200s, with a livery inspired by Alaskan landscapes

The airline opted for the 757 because they are available immediately as other airlines move into next generation models.

Plus, McKinney says, it is “doable” for Northern Pacific to fill a 757 based on its business strategy. Passengers have a choice of destinations after landing at Anchorage, helping increase passenger load per long-haul flight, he explains. They also receive primary access to Anchorage International and can bypass the typical congestion at security screening checkpoints at popular hubs such as LAX and San Francisco.

“There is a window of opportunity. We’re talking about flying all the way from Anchorage to South Korea, Anchorage to Florida. The 757 can do it and they are available for us to get going,” McKinney says, adding that newer aircraft may join the fleet in the future.

Anchored in Anchorage
The geographical position of Anchorage is the ideal stop for flights between the continents.

“It falls within about a hundred miles of almost any routing between most cities in Asia and most cities in North America,” he says. “As you fly between those cities, even direct, they go right above Anchorage anyway. So, we’re not taking anything away.”

The model largely draws on inspiration from Icelandair’s successful Reykjavík stopover program. The flag carrier allows passengers flying between North America and Europe to land in the country’s capital at no additional cost, encouraging them to explore the Nordic island. 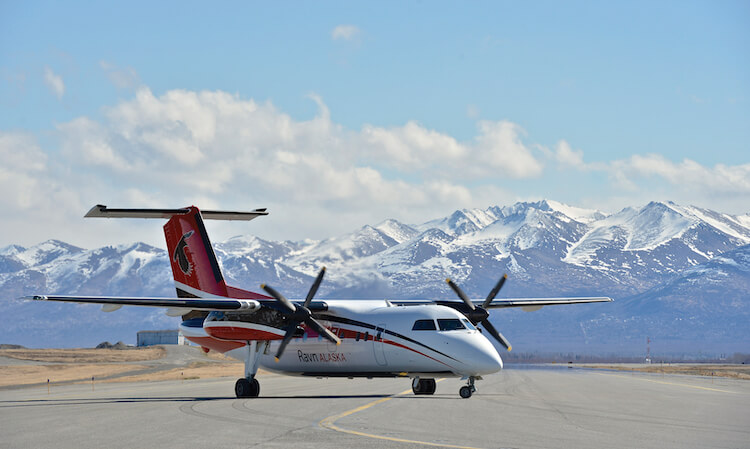 “We believe we can do the exact same thing on the other side of the planet,” says McKinney.

“I told them, ‘Imitation is the highest form of flattery,’ and they chuckled,” he says, recalling a recent visit with representatives at Icelandair. “They offered their help and support in getting us up and running, teaching us all the best practices and what they’ve learned over time.”

Land of opportunity
Alaska is about 14 times the size of Iceland and marks the United States’ northern-most state. It offers an enticing landscape for travelers from Asia and North America alike. The state is known for its culture, wildlife, mountains, glaciers, and local cuisine.

“We really think Alaska is an untapped resource and people have only a concept of what it’s all about,” says McKinney, who moved to the state in 2021.

“You can think of it as one airline with two different brands,” McKinney says.

The stopover in Alaska presents a unique opportunity for the state. Northern Pacific passengers who choose not to explore it will have a very similar trip time as flying direct, but those who stay for a couple days can spend time in a state that they would likely otherwise overlook.

“While I think anecdotally there’s lots and lots of people that would love to see Alaska – maybe it’s on their bucket list – the thought of taking a whole week is probably difficult for some. But, if it’s a trip they’re taking anyway and all it does is take them an extra day or two, I think a lot of people will avail themselves of that,” McKinney says.

The Northern Pacific Airways’ brands are expected to create approximately 400 jobs and generate a booming economy with tourist dollars and airport fees, he adds.

“We love the people here. We feel like we’ve done a really good job bringing the [Ravn] service back and connecting isolated communities that are not on the route system. We just want to take this to the next evolution, create more opportunity and a bigger company for the state,” he says. 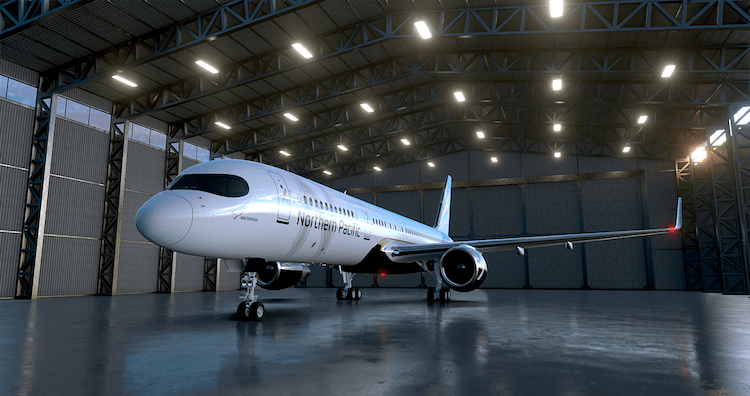 The livery features a mix of white and black, with grey and blue accents and a distinctive blue ‘N’ on the tail

Northern Pacific possibilities
When the airline takes to the skies next year, the aircraft livery will reflect the northern way of life with a nod to Alaskan landscapes. Designed by Forward Media, the livery is bold in color; a mix of white and black on the aircraft body, with grey and aqua blue on the wings and a distinctive blue ‘N’ on the tail; an intricate web of white lines placed throughout.

“We couldn’t be more thrilled with how it’s come across. We think it’s a classy, clean look. And we can’t wait to see it at an airport,” McKinney says.

Northern Pacific is in negotiations with IFEC providers, caterers, and cabin designers for all things passenger experience.

And, the airline offers a loyalty program that sees passengers rewarded with cryptocurrency. It never expires, is tangible and is accepted as a medium of payment at Anchorage Airport North Terminal confectioners.

“People who might be nervous or apprehensive about cryptocurrency, once you give it to them and it’s in their wallet and they’ve earned it just from flying, I think they’ll adopt it and appreciate it very quickly,” McKinney says.

Looking back, he says it has been phenomenal to see the idea of connecting the east and the west come to fruition in less than a year’s time.

“It is surreal that it’s all coming together like it is. We think this is just the beginning. The sky is the limit, pardon the pun.”