On the job with Turkish Airlines

This is a special feature from PAX International's September 2021 WTCE Virtual digital edition, on page 16. 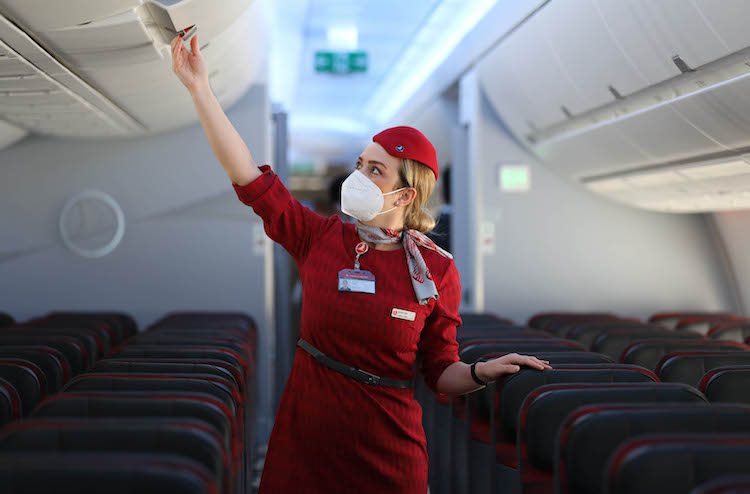 Cabin crew prepare aircraft for one of the 1,000 daily flights now operated by Turkish Airlines

Summer came and left this year with many airlines still looking for ways to restore lagging flight schedules and revive international and business travel, which will be vital to any sustained recovery from what has occurred in the last 18 months.

While certainly feeling the strain of the COVID-19 pandemic like every other player in the industry, Turkish Airlines moved through the last year and a half still flying to more than 200 destinations. Daily flights climbed to nearly 800 in early spring, and by the time summer travel would normally have started in full, Turkish Airlines surpassed the 1,000 daily flight mark. About that same time, the first of the grounded Flying Chefs were again masked up and in the cabin on flights of eight hours or more. 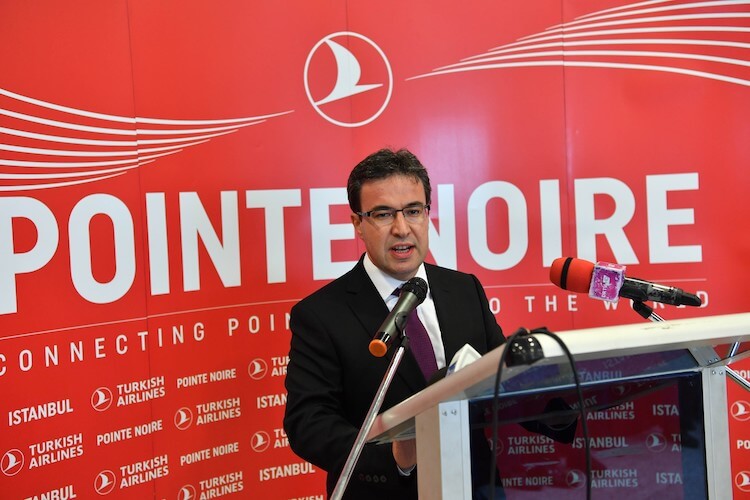 The airline that boasts more international destinations than any other in the world, is now directing its focus across the Atlantic, at its 14 gateway cities in North America, with the intention of adding two more to its network; Dallas on September 24 and later Denver.

But even an airline with a vast network and robust schedule could not emerge from the worst of the COVID-19 pandemic unscathed. Istanbul Airport, which opened with two runways in April 2019 took a hit like everywhere else.

When traffic lessoned, the airline converted 50 of its passenger aircraft to freighter configuration to meet the (still large) demand for international cargo. More than 50,000 tons of health products and medical equipment have been hauled since the beginning of the pandemic. The airline developed solutions to carry COVID-19 vaccines while maintaining time and temperature ranges.

“Now it has the necessary infrastructure to carry all kinds of COVID-19 vaccines,” says Sarp. 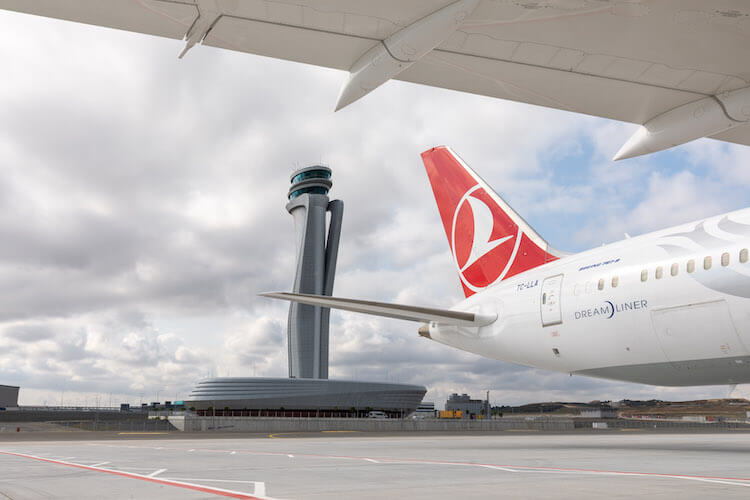 During the downturn in travel, Turkish Airlines kept many of its aircraft parked at IST

In the cabin
With such priorities being handled in one part of the airline, other departments specializing in the passenger experience were being pressed into service, with the help of its longtime catering partner DO & CO.

A new food service protocol was in place in May, when Flying Chefs again took to the air. Meal service is now pre-plated and served with a cover. Trolley service for appetizers and desserts has been eliminated. The Flying Chefs were filled in on the changes via online meetings. The Chefs are also now onboard some of the airline’s short-haul flights.

Hot meal service has been restored in Business Class and Economy Class on flights of more than two hours 15 minutes. Among some the recent menu items were: Breakfasts of Honeycomb from Erzincan and “kaymack” clotted cream from Afyon. A grilled flat pastry called Gozleme filled with cheese and spinach, a selection of aged Turkish cheeses and cheese and tomato omelet.

Turkish DO & CO is now handling operations from a new unit at IST. Sarp says the caterer will be extending its current unit and building a new one at the airport as traffic volumes increase.

IFE and Connectivity
Turkish Airlines is flying with IFE hardware from both Panasonic Avionics and Thales Avionics depending on the aircraft type and has developed some unique partnerships for content and headsets for its widebody fleet.

On flights of eight hours or longer, the airline has selected Denon as a supplier for its noise-canceling headsets. Passengers wearing the high-quality product can access a backbone of audio from an inflight music platform called My Music Planet, which features content from Universal Music Group. The collection is massive, with more than 750,000 songs from 3,500 artists as well as a cache of live concerts, backstage footage and music charts. The airline has also partnered with Disney and several other film companies.

Turkish Airlines is working with Türk Telekom to form the infrastructure for its high-speed wireless Internet that is aboard five aircraft types. Through personal electronic devices, passengers can access broadband Wi-Fi. The service is currently available for purchase in Economy Class, while Business Class passengers can access up to one gigabyte complimentary. 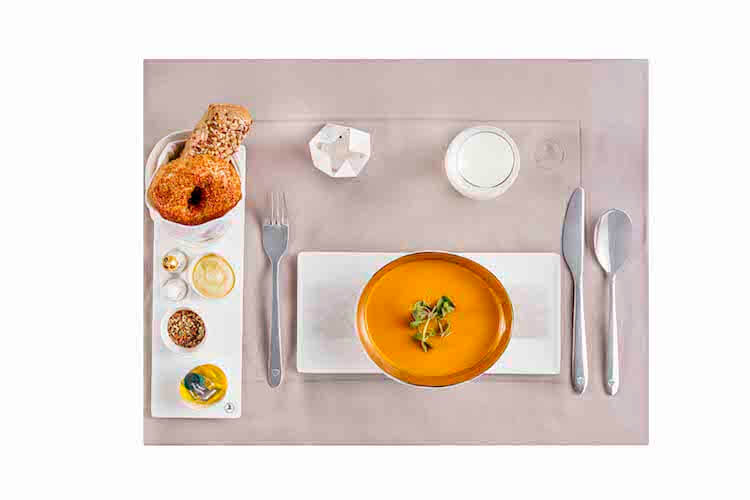 With help from the airline’s Flying Chefs, stylish meals are again part of the Turkish Airlines service

A glittering home
The new Istanbul Airport is now three runways into a multi-phase construction process that will eventually grow the to six runways. With half that number now operating, IST has grown from 80 to 120 takeoffs per day, and passenger capacity has increased to 90 million per year.

Turkish Airlines this summer began operations out its cargo facility, and offices have been opened for the airline’s maintenance arm Turkish Technic. The cargo facility was an important step, says Sarp as it will be operational during a period where the airline will be seeing record demand. Next phase will be the construction of an east-west runway and another terminal building to accommodated 30 million passengers. In the fourth and final phase, a fifth parallel runway will be built and a satellite terminal with a passenger capacity of 30 million will be put into service and the airport will be at its capacity of 200 million passengers per year. Due to the changeable conjuncture based on the pandemic, all the large plans for the airport are still in a state of flux and will depend on investment and time, Sarp adds. 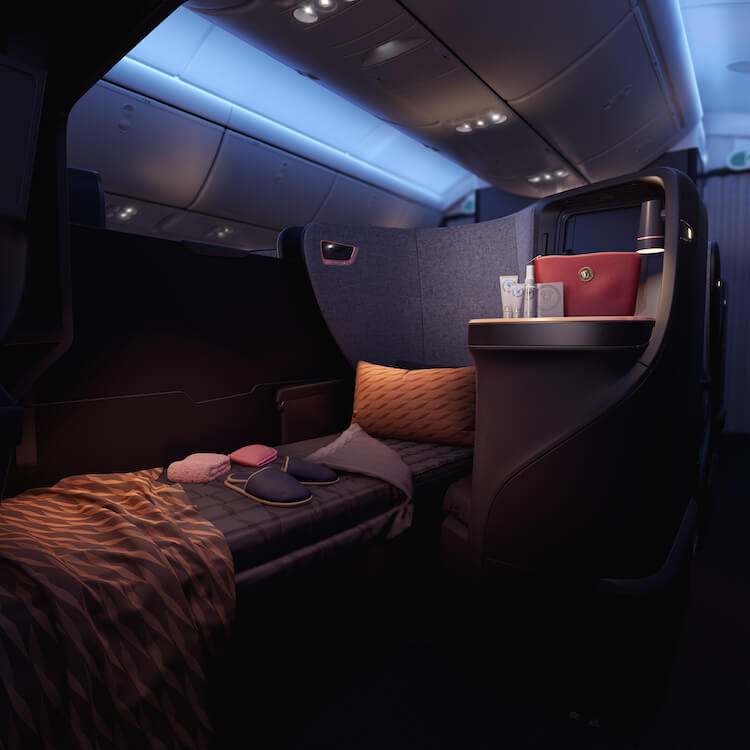 “With the normalization of the industry after the pandemic the investment dates of the phases will begin to become clear,” he points out.

But even in its less-than-potential operating capacity, Sarp says IST has served an important purpose for Turkish Airlines. The airport complex afforded the airline additional parking capacity for grounded aircraft. When social distancing was stressed at airports around the world, IST was new, with a hygienic and comfortable, spacious area for passengers.

“Thanks to the facilities offered to us by the airport, we introduced contactless check-in and baggage delivery processes to our guests,” Sarp says.

Turkish Airlines is battling COVID-19 with the help of Dr. Mehmet Oz and onboard hygiene kits

Turkish Airlines this summer announced a partnership with Dr. Mehmet Oz, world-renowned surgeon, author, and television personality, to educate the public on protection protocols for every point of contact throughout their journey.

The TK Extra Care program is a high-quality protection protocol for every point of contact through the passenger journey. It consists of five stages; pre-flight, airport, boarding, in the cabin and disembarking.

Passengers can check in online, either through the mobile app or website. They can visit Turkish Airlines' website or the IATA Travel Center to find up to date help information before the flight, such as admission to the flight and entry conditions for the destination.

The promotional video recommends travelers to bring spare face masks to last throughout travel and to change mask every four hours.

At the airport, the TK Extra Care program reminds passengers to mask up and use disinfectants that are available. At IST, body temperature is measured upon arrival at the airport and all baggage is disinfected by a UV system at the entrance. One and a half meter social distancing between people is required and see-through barriers are set up at check-in, boarding, transfer and passport control service points. Contactless bag drop is available and boarding pass checks are also offered.

When boarding, temperatures are checked again, then passenger enter the aircraft in small groups. Every aircraft is cleaned in detail with disinfectants after each flight and HEPA filter-equipped to renew air every three minutes. Turkish now has 'Hygiene Experts' aboard all flights. They are responsible for things such as cleaning sinks and ensuring the use of masks.As part of the program, every passenger is given a hygiene kit with mask, hand sanitizer and antiseptic wipes.