This is a special feature from PAX International's April 2021 Amenities & Comfort digital edition. 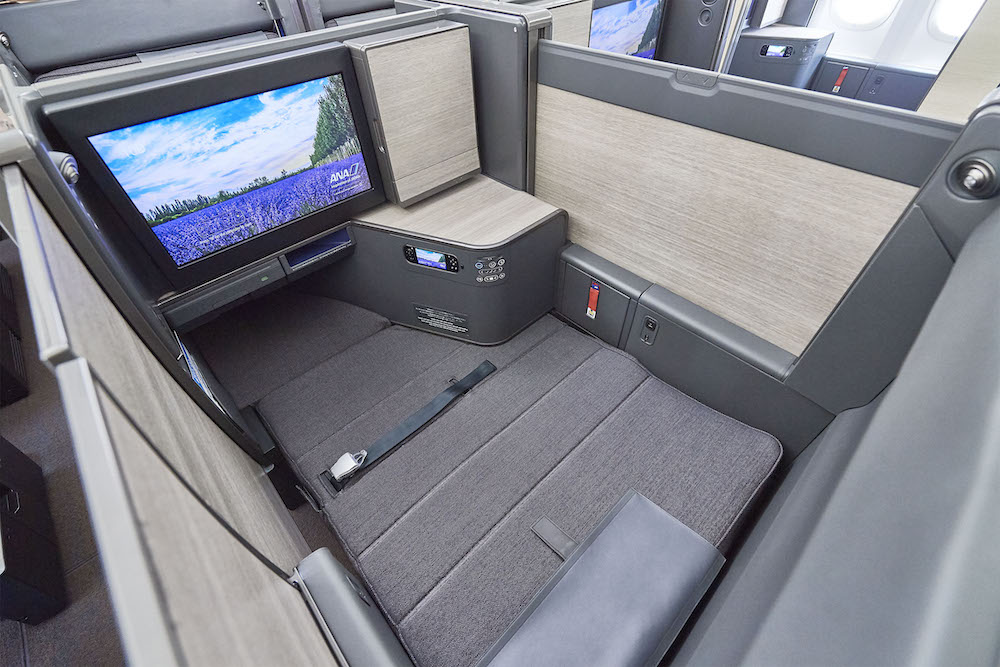 In service for 27 years and with more than 1,650 copies flying around the world as of February, Boeing’s workhorse long-haul aircraft, the 777, shows no sign of slowing down and still attracts the airline’s attention and designer’s innovation.

In the past, the aircraft has been modified with the well-known QSuite on Qatar Airways. Three years ago, Emirates unveiled its new look, with personal suites inspired by Mercedes-Benz. Singapore Airlines made a US$13 billion investment in the 777X, but as the pandemic wore on, delayed its delivery.

One of the latest designs to push the envelope of the aircraft’s comfort capabilities comes from All Nippon Airways. A famous architect and a well-known UK company took up the challenge of making widebody comfort high-tech and high-touch. The first of the designs flew on ANA’s Tokyo – London route and later from the Japanese capital to New York and Frankfurt.

When the 777-300ER with the new design flew its first route in late 2019, few would have thought what the importance the latter concept — high-touch — would mean as the world moved into 2021; and the increased importance of making aircraft cabins for premium passengers places where privacy was paramount. 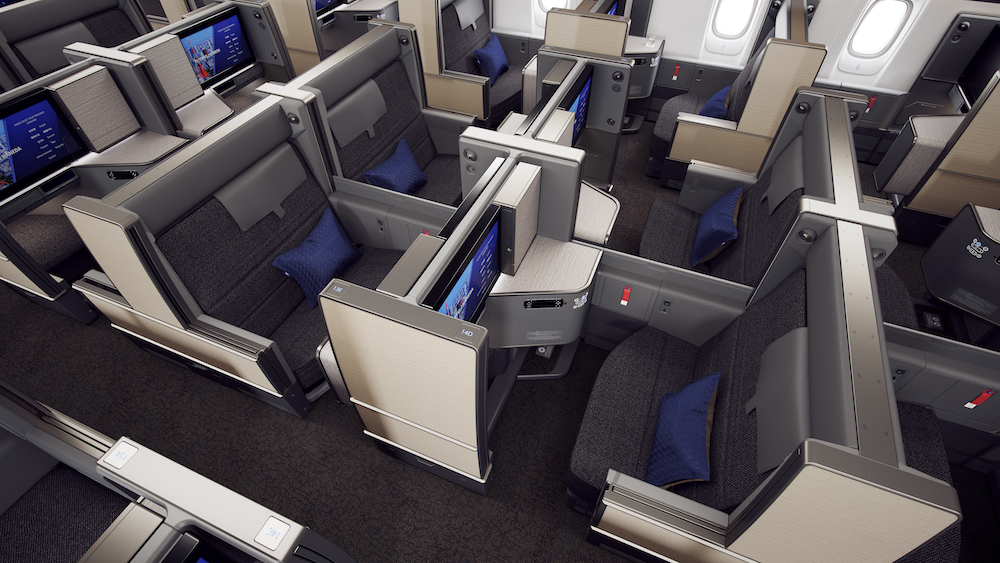 To create a cabin that could fly Japanese pride on its wings and yet add an East-meets-West feel, ANA turned to Japanese architect Kengo Kuma and British design company Acumen Design Associates. It also brought aboard a number of well-known Japanese companies to add comfort items that appeal to passengers from head to toe and installed the industry’s only 4K resolution inflight entertainment from Panasonic. It also brought aboard more the more intangible aspects that can only come from an architect like Kuma, who worked with Acumen to tie together the passenger experience in a seamless, recognizable concept.

“He (Kuma) had just designed their entire ground experience,” Daniel Clucas, Senior Designer at Acumen Design Associates said in a recent PAX Panel discussion. “We worked very closely with him to pull those elements from the ground onto the aircraft. He talked a lot about ‘materiality’ — the touch and the feel of actual objects in the lounges, and we brought that onto the aircraft.” 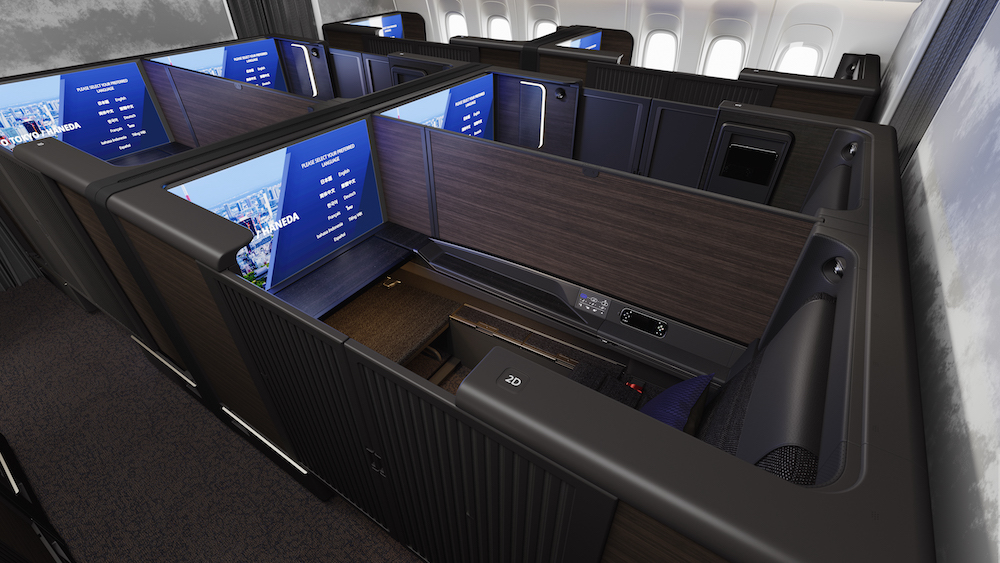 Passengers are experiencing a few of the high-touch items in the comfortable offering of Japanese made products that are flying on ANA. The First Class Cabin, called The Suite, has eight seats laid out in a 1 - 2 - 1 configuration. Each has a closing door, and the center ones have privacy partitions. Seat width is 28.1 inches with maximum bed length of 80.1 inches. 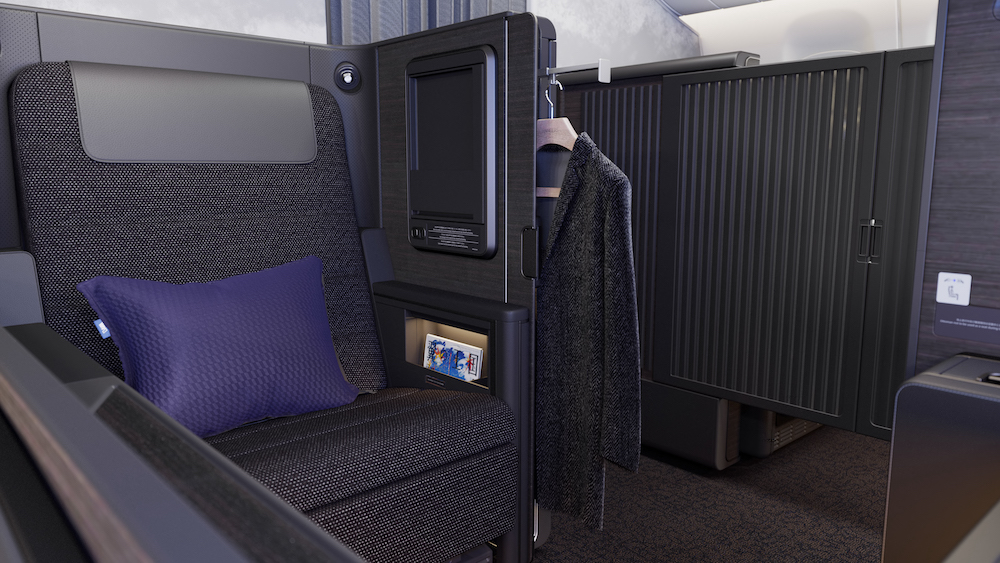 A comforter in The Suite, has improved insulation with Nishikawa Sangyo’s proprietary techniques that leave the pillow airy and filled with Hungarian white duck down. Its moisture wicking capabilities help alleviate discomfort in a stuffy airline cabin. The pillowcase is 100 percent cotton.

The blanket in The Suite is made from organic cotton by another domestic company, Tenerita, with the front side of the blanket made in cashmere. The two materials combine to create a blanket that is breathable and insulated.

The science of sleep extends further in The Suite with a three-dimensional mattress that is designed for good posture and dispersing body pressure.

The Business Class cabin of the 777 is called The Room. With wide seating of 37.7 inches and maximum bed length of 77.4 inches, the section seats 64 passengers in a 1-2-1 configuration.

“The Nishikawa AiR conditioning mattress disperses the pressure placed on your body through a unique, three-layer structure,” reads a description of the bedding. “Maintaining a favorable sleeping position and promising a good night's rest. AiR's excellent design is praised both inside and outside Japan, winning various design awards around the world.”

The year couldn’t pass without some sweeping changes in the way ANA processes passengers and provides for their needs onboard. In addition to standard procedures of masking and social distancing, the airline has ended instruction cards for its Economy Class meals and cut out printed material like newspapers and magazines. Passengers now use “plant-derived” plastic straws and cutlery products made of wood and wrapped in paper.

Such details, from high-touch fabrics, to sustainability, to practices to keep passengers healthy are important, throughout experience, and allows an airline to “wrap its arms” around a passenger through the check in and boarding process, says Clucas, of Acumen Design.

“Passengers feel that connection and they should not come across things that made them feel uncomfortable or worried, because there is probably enough of that already with flying in a pandemic,” he adds.