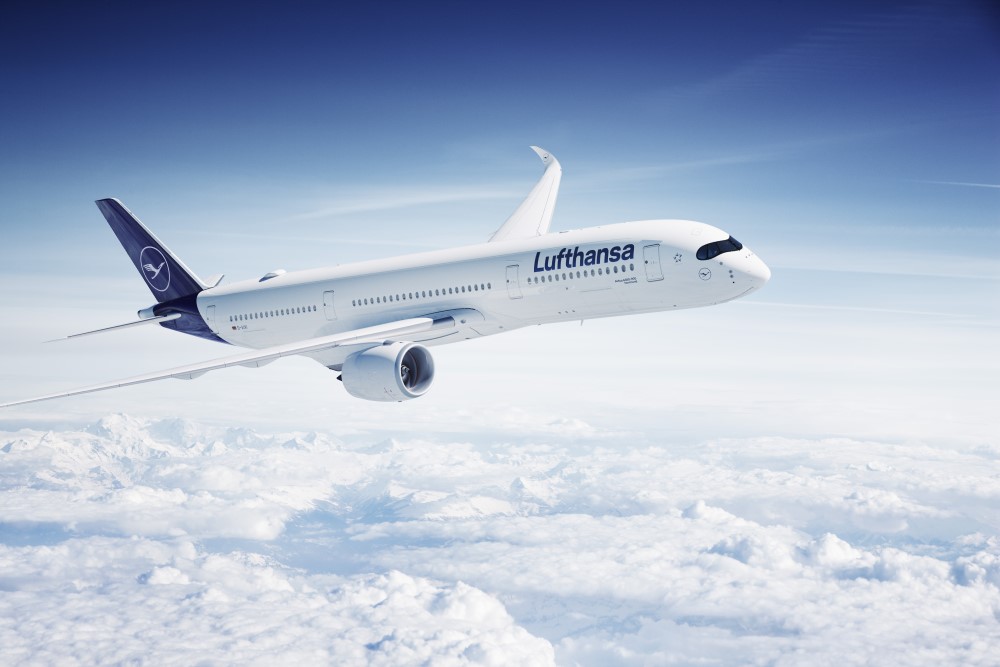 The A350-900, seen here, will help modernize the fleets of Lufthansa Group airlines, according to a release from the company

Based on the recommendation of its Executive Board, Lufthansa Group's Supervisory Board has approved the purchase of twenty 787-9 and twenty A350-900 aircraft, which will primarily be replacing four-engine aircraft in the group's fleets. The new planes are set for delivery between late 2022 and 2027, and the order has a list-price investment of US$12 billion, though the parties have agreed to not disclose the actual purchase price.

Carsten Spohr, CEO and Chairman of Lufthansa Group, noted in a press release: “By replacing four-engine planes with new models, we are laying a sustainable foundation for our future in the long run. In addition to the cost-effectiveness of the A350 and 787, the significantly lower CO2 emissions of this new generation of long-haul aircraft was also a decisive factor in our investment decision. Our responsibility for the environment is becoming more and more important as a criterion for our decisions."

The decision regarding which airline will deploy the aircraft and at which hub will be made at a later date. The new, more economical aircraft will cut operational costs by around 20%, says Lufthansa Group.

The investment in new technology, efficiency and passenger comfort is a continuation of the ongoing fleet modernization of the group’s airlines. The airlines of the Lufthansa Group currently operate a long-haul fleet of 199 aircraft (as of December 2018), including twelve A350-900 aircraft. Lufthansa will be introducing the new 777-9 in 2020.

On average, the new aircraft will consume around 2.9 liters of kerosene per passenger and 100 kilometers flown, which is 25% below what is used by the predecessor aircraft. This will in turn have a positive impact on the airlines' CO2 footprint.

By the middle of the next decade, Lufthansa Group's entire long-haul fleet will have been modernized. According to the group, the possible fuel savings add up to 500,000 metric tons per year, equivalent to a CO2 reduction of 1.5 million metric tons.

The Executive Board also informed the Supervisory Board of the sale of six of its 14 A380 planes to Airbus. The transactions will occur in 2022 and 2023.