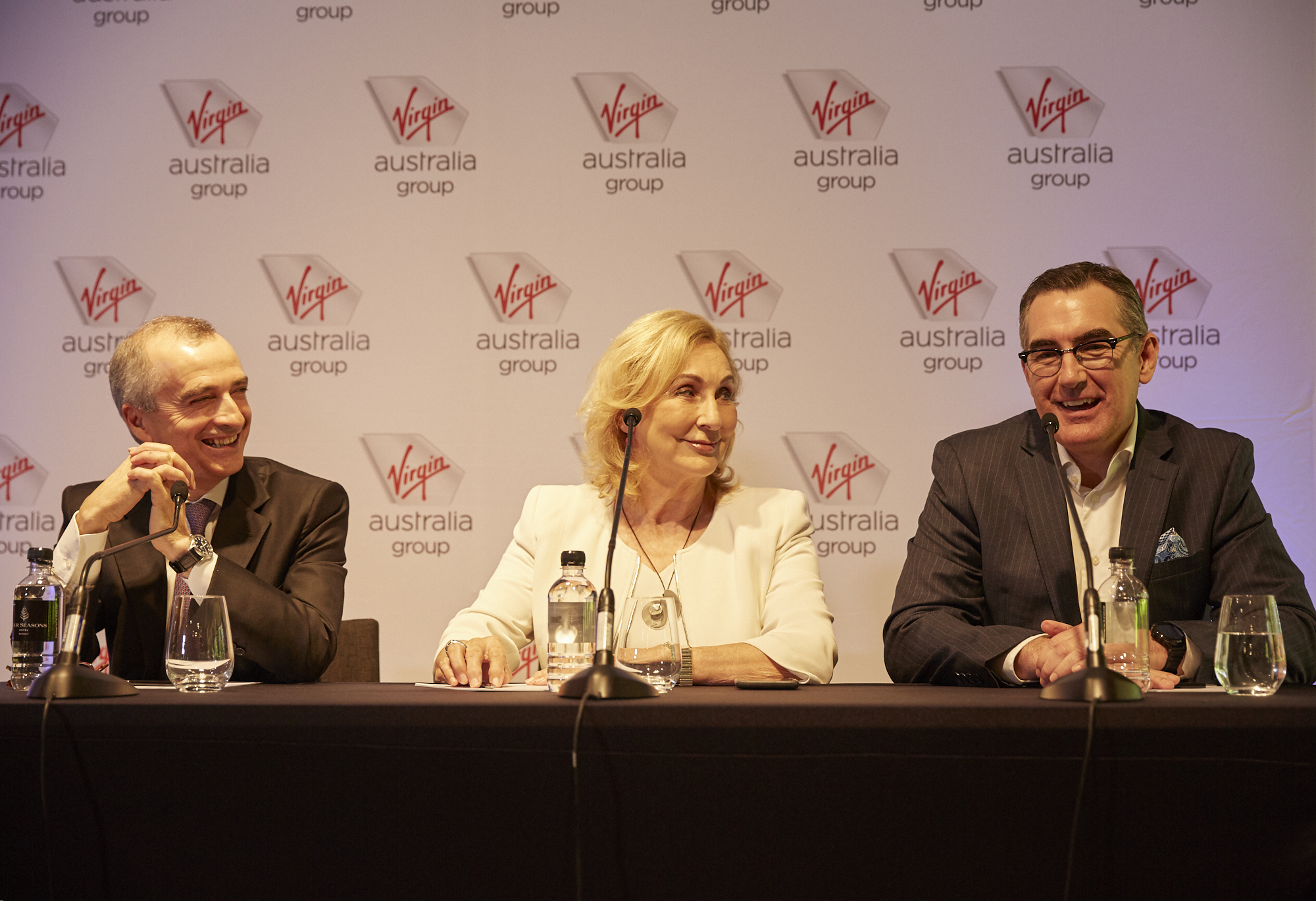 From left to right: John Borghetti, Elizabeth Bryan and Paul Scurrah at the February 6 announcement of Scurrah's appointment (Photos by Nick Cubbin)

Paul Scurrah has been appointed Chief Executive Officer and Managing Director of the Virgin Australia Group, according to a February 6 announcement from the airline.

Scurrah has previously held the title of CEO at DP World Australia and Queensland Rail, as well as executive management roles at Aurizon, Flight Centre and Tourism Queensland.

John Borghetti, the Group's current CEO and Managing Director, will step down from this role on March 25. Scurrah will also join the Virgin Australia Holdings Limited (VAH) Board as an Executive Director on this date.

Bryan continued: “The Board received enormous interest in the role both locally and internationally, and Paul’s highly relevant transport and logistics expertise and strong commercial background make him the ideal candidate to consolidate the Group’s achievements and continue to build momentum into the future.

“Paul’s significant leadership in driving transformation and improving customer satisfaction in complex and challenging businesses is highly impressive, and his background in aviation provides the right foundation to steer the Virgin Australia Group into the future.

“Paul inherits a strong business and we are confident he is well placed to deliver the next phase of the Group’s strategy."

On his appointment, Scurrah said: “Leading the Virgin Australia Group is an immense honor and privilege. The Group has positioned itself as a real competitor in the market with its ability to deliver across all segments and I am excited to be joining such a progressive and innovative business. I look forward to meeting the team and building on the Group’s success.”

On Borghetti's departure, Bryan noted: “John has been a dedicated and talented CEO and Managing Director for the Virgin Australia Group for the past eight years. He pioneered a major transformation in the aviation industry to reposition the airline as a formidable competitor across all segments of the market.

“John has made a significant mark on the aviation industry as a whole and Australian travelers have benefited because of his commitment and dedication to improving airline travel. The Board and I are grateful for his leadership and transformation of the airline into the diversified group that it is today.”