Passengers on China Eastern flights from Beijing to Shanghai will be transported to a world of toys thanks to the airline's partnership with Disney to promote Disney-Pixar Toy Story Land, which recently opened at Shanghai Disneyland.

As reported via the Disney Parks Blog on April 30, the A330 bears the image of Buzz Lightyear on its exterior and features the same fun, colorful branding in its cabin interior and IFE options.

Toy Story characters will also be on hand in the departures terminal of Shanghai Hongqiao International Airport to bid travelers adieu, and passengers on the themed flights will receive special boarding passes to help commemorate their journey.

Though the plane is currently only servicing the one route, the Disney blog reports that it will traveling to other Chinese destinations in the future. 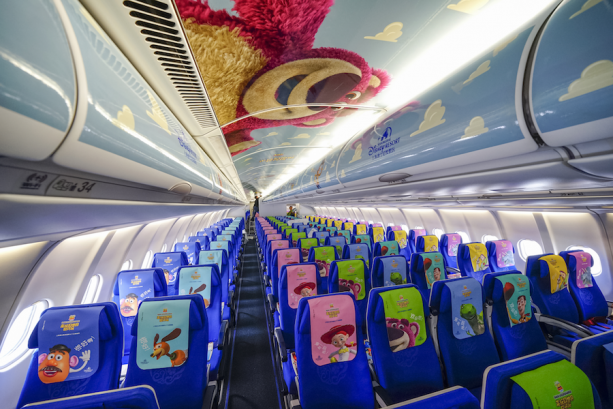