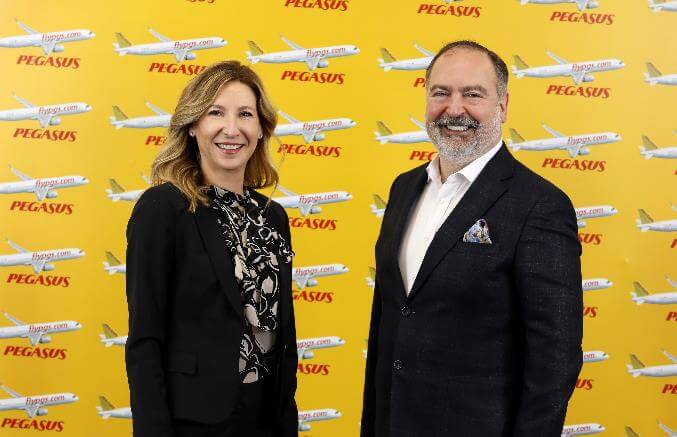 Pegasus Airlines has named Güliz Öztürk as CEO, succeeding Mehmet T. Nane, who was recently elected elected Vice Chairperson of the Board. The appointment marks the first female CEO in the air transport history of Turkish civil aviation.

“I am honored to receive the baton from Mehmet T. Nane. As Pegasus Airlines, we have accomplished many firsts and pioneering projects under his leadership since 2016, and we have made our country proud many times in the international arena. Together with all my colleagues, we will work tirelessly to progress our company further and crown its achievements,” said Öztürk in an April 1 press release.

Öztürk joined Pegasus in 2005 as Head of Sales and Marketing to manage the launch of the airline’s scheduled services. In 2010, she was appointed CCO.

Nane said, “I am delighted to be passing the CEO baton, which I received in 2016, to Güliz Öztürk, who has made significant contributions to the growth and development of Pegasus for many years. I wholeheartedly believe that she will continue to wave the flag of Pegasus brightly in the skies. This appointment holds great value and significance also as Güliz Öztürk is to become the first woman CEO of an airline in the history of Turkish civil aviation.”

Öztürk and Nane will begin their new roles on May 1.