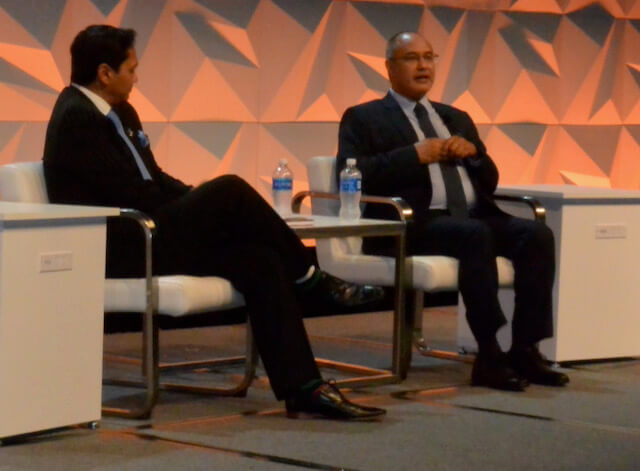 Instead of retrenching and waiting out the COVID-19 pandemic storm, the leaders of two airlines selected as keynote speakers for this year’s APEX/IFSA Expo told tales of fleet and aircraft development and praised their employees for their professionalism and resiliency.

Discussions with the CEOs of SAUDIA and Turkish Airlines rounded out the opening of the week’s events on Tuesday in Long Beach, California. The background of the two men made for an interesting contrast; however their visions of airlines that stressed reliability and loyalty to their employees and customers seemed to be common with both.

First up was Capt. Ibrahim Koshy, a pilot who took the helm of SAUDIA and helped it earn two SKYTRAX awards as the Most Improved Airline. Capt. Koshy spoke with SimpliFlying CEO Shishank Nigam about the SAUDIA’s Vision 2030 program that has a goal of bringing in 100 million travelers annually, 30 million for religious travel and five million yearly for Haj piligrimages. The airline also has a goal of growing its fleet to 200 aircraft during the period.

This fall, SAUDIA opened the Alfursan Lounge at Jeddah’s King Abdulaziz International Airport. The 3,500-square-meter lounge can accommodate more than 10,000 visitors per day and is the largest in the SkyTeam Alliance network. The lounge boasts treats such chocolate and ice creams stations and a movie theater.

Onboard, Capt. Koshy said the airline aims to bring "something that will wow you," particularly with the implementation of new inflght connectivity. In November, SAUDIA announced that its ordered fleet of 35 A321new and A321XLR aircraft would offer the Inmarsat GX Aviation high-speed broadband solution by Inmarsat OneFi passenger experience platform, with GDC Advanced Technology's new ultra-high performance terminal. Aircraft with the connectivity are set to arrive this year. Capt. Koshy said high-speed connectivity was an important part of SAUDIA's plans.

"We do not want to be second to anyone on that," he stressed.

Capt. Koshy praised the company's employees and their dedication to its Vision 2030 program and devotion to development and improvement of the airline's onboard products.

Turkish Airlines worked through the pandemic with a full staff (though pay cuts were necessary at the time). Turkish Airlines Chairman and GCEO Ilker Ayci says that he stressed early on that there would be no layoffs and the airline would maintain a full operating schedule. He said both decisions were vital to maintain a chain of trust between airline management and its employees and passengers. 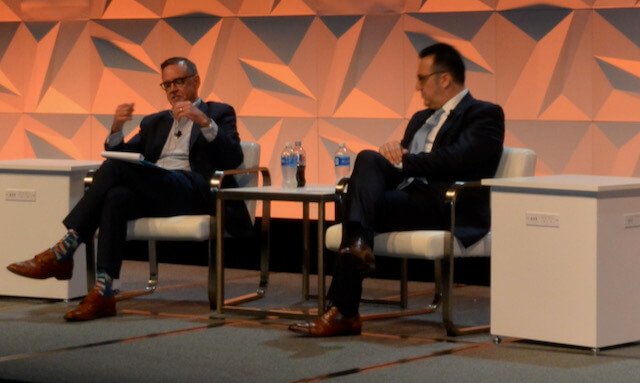 Ayci, who comes from a banking and finance background, took a 50 percent pay cut during the pandemic. Now, he says employees in every segment of the company are having their pay restored and the new airport in Istanbul has emerged from the pandemic as one of the most important points in Europe. When quizzed by BBC World News Talking Business Presenter Aaron Heslehurst on whether he sees IST competing with airports like Jeddah and Dubai, Ayci said that through the pandemic he has learned that cutthroat competition is not the way of the future.

“We have to learn to be much more collaborative,” Ayci said.

In the future, Ayci said the industry will probably see a new Business Class seat configuration on Turkish Airlines aircraft and a strategic emphasis towards improving the airline’s Premium Economy concept. Later in the week, Ayci gave an impassioned speech, rallying the delegates after receiving the APEX Lifetime Achievement Award.