Beginning to see the light? 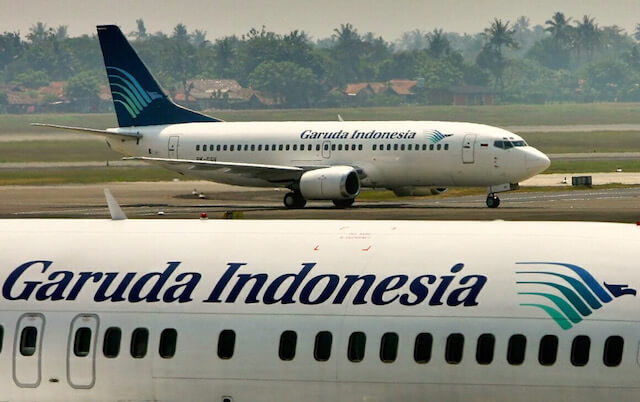 Garuda Indonesia logged US$1.2 billion in losses during the slow recovery

Whilst Europe and the US start to see movement — literally — in the airline travel sector, here in Asia, “pandemic paranoia” is still a major determining factor in the recovery rate. Europe, and especially Scandinavia, are thankfully now treating this crisis as a crisis, and not a panic. The US is resuming normality on a state-by-state basis as the reality of how to manage this problem reveals itself and common sense prevails.

However, in Asia/Pacific almost two years into this, some governments, investors and owners are running out of ideas as to how to keep the old status quo afloat. The queue of Asia-Pacific airlines involved in legalized debt restructuring processes to survive the pandemic runs around the block. It includes Malaysia Airlines, Virgin Australia, Thai Airways and Philippine Airlines. In China, Hainan Airlines owner HNA Group’s staggering US$170 billion debt does not bode well for the carrier. Many Chinese operators have seen improvements in traffic but not in profit.

Recent news from Indonesia reveals that national carrier Garuda Indonesia could face bankruptcy amid ballooning debts and financial hardships due to the very slow recovery. The Bangkok Post recently reported the Indonesian government has prepared all possible contingencies for Garuda, including liquidation and a replacement by state-owned air charter company Pelita Air Service if ongoing rescue measures fail.

State Enterprises Minister Kartiko Wirjoatmodjo recently told the Antara News Agency: “If we meet a dead-end, we will close Garuda down because injecting more state money is impossible given the company’s (US$4.9 billion) debt loads” Garuda is apparently in negotiation with lenders and aircraft lessors in its attempts to restructure debts and reports say even if they stabilize the financial conditions, the company will no longer be able to continue long-haul flights going forward. To give an idea as to the change in fortunes for Asian airlines, Garuda booked around US$7 million in profit in 2019. Within a year that had become a US$1.2 billion loss. 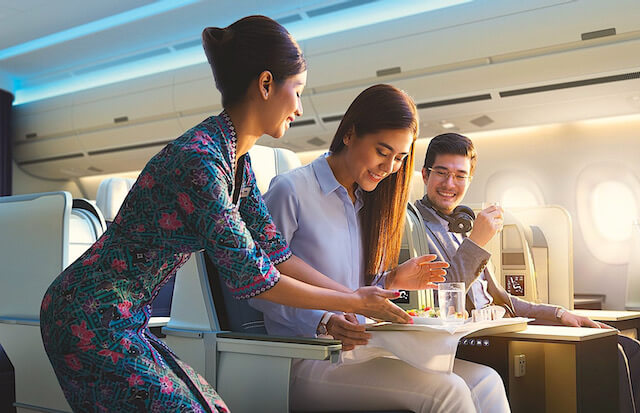 What will premium service look like on Malaysia Airlines?

Meanwhile across the South China Sea in Malaysia, the saga of Malaysia Airlines continues. The Group’s only shareholder: Khazanah Nasional Bhd, (Malaysia’s sovereign wealth fund) told creditors during the opening restructuring negotiations that if they didn’t provide debt relief, the government would simply let MAS go bankrupt. The threat worked and a deal was done in a British court in February to inject US$890 million into the airline. However that money is running out fast and new boss, Captain Izham Ismail admits that the latest round of restructuring did not get off to a good start. Meetings were met with skepticism after Izham said the chances of the restructuring succeeding were “around 10 percent” reports The Diplomat.“….but what choice do we have? (A) 10 percent chance is better than no chance at all."

As Asian airlines re-emerge from the chaos, the world renowned crown of the best possible service has now been claimed by the Middle East carriers. Malaysia Airlines is now promoting itself not as a luxury carrier, but rather, a “premium airline.” What’s the difference, well according to MAS’s boss: “We are not Etihad (Airways), we are not Emirates and we are not Qatar [Airways]. This is where I want to (set) the stage right — that Malaysia Airlines is a premium airline,” Izham adds, referencing the Gulf carriers who have branded themselves as luxury full-service operators. What that means in reality we have yet to find out but if that means an end to free food and beverage, then that label changes not from luxury to premium but to low-cost which then puts them in direct competition with the plethora of similar carriers around here lead by AirAsia.

The Middle East airlines are ahead of the pack and only Singapore Airlines, MAS’s closest competitor-turned-partner, competes at their level, thanks to what Izham says is a “strong foundation”.

And speaking of AirAsia, it is not all rosy there either. AirAsia X, the brand’s long haul division is in serious trouble with a very recent proposal to pay just 0.5 percent of debt owed to each of its creditors and to terminate all existing contracts so that it can restructure US$8 billion in liabilities, reports Reuters.

The low-cost long-haul airline, a sister carrier to AirAsia Group Bhd, said in a filing with the stock exchange that it had set November 12 for creditor meetings to vote on the restructuring proposal. In a statement, the airline declared: “To avoid a liquidation and to allow the airline to fly again, the only option is for AAX to undertake the proposed debt restructuring,” Half of the total liability is the cost of terminating airplane orders from its largest creditor Airbus SE for 78 A330neo widebodies and 30 A321neos, the document said.

With AirAsia X possibly out of the way, this leaves the long-haul field still open to the ailing legacy carriers to build back in a reduced service basis.

They better be quick though. Singapore Airlines — thanks to the huge supporting funds from the Singapore Government — is ready to offer full service products as if nothing had happened. European carriers are also eyeing Asia as the next fast growth sector especially Finnair and British Airways.

As traffic returns, the emphasis will be more than ever on service and product so Lufthansa’s recent bewildering announcement of a reduced service product on long haul flights won’t help them win passengers from the Asian carriers.

The light is slowly returning however, with the exception perhaps of the Singapore Girl, the brightest seems to be shining on the plans the Middle East has for re-conquering the Europe to Asia markets.