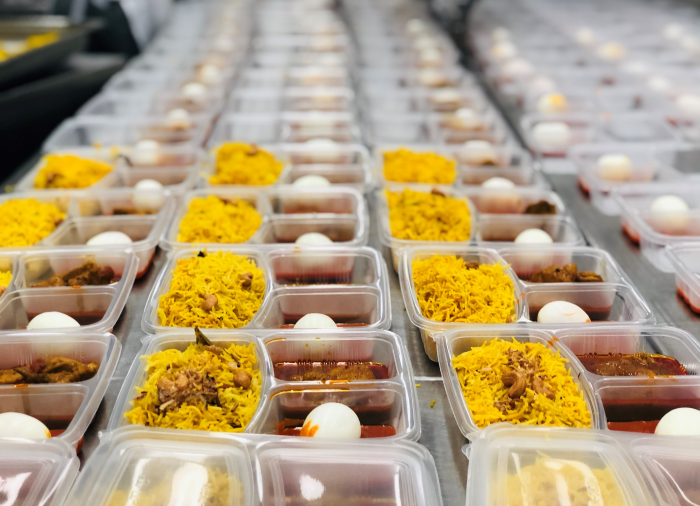 dnata has secured a contract to supply meals for foreign workers

As industries mature, the rulebooks of business practice and regulations grow. In airline catering, one could argue that the models, agreements and restrictions that governed the supply and delivery of something as simple as meals on planes were well overdue for an overhaul.

Airline standard operating procedures the size of a New York phone book, and pricing policies that no sane business would entertain are common despite the industry shocks of 9/11, SARS and financial crashes. Then came COVID-19. It’s now a case of who will survive to pick up the bits as we emerge from the dust and debris.

A recent International Air Transport Association (IATA) report suggests this won’t happen any time soon. While general business confidence has bounced back, this has not transposed into much of a sign of recovery for the airline and travel sector. For the United States, international travel is still 92 percent. Inter-European travel has seen a rise, but in Asia, international and inter-Asia travel growth has flatline as less than five percent of its pre-March levels.

The story here in Asia is varied. As countries continue to attempt to isolate themselves from the rest of the world, the news that is neither sustainable nor the answer, hasn’t sunk in. Looking at Sweden with no form of lockdown or travel restrictions and whose pandemic numbers now look like a strong recovery, the continued attempt to keep everyone out is delaying the inevitable – and that’s having a profound effect on the airlines and their suppliers.

In conversation with a number of operators in Asia, I received mixed messages. In Malaysia, the domestic market is growing although the majority of inter-Malaysian flights are too short to be catered. AirAsia has resumed around 50 percent of its scheduled, but that is of little consolation to the major caterers. Both Kuala Lumpur International (KUL) operators are down more than 90 percent in volumes – in some cases, serving just 100 meals in a day.

In Singapore, the story is a little different. The two biggest caterers have partially deflected disaster by restructuring the deliver to non-airline customers. For example dnata secured a contract to supply meals for foreign workers stuck in government dormitories during the pandemic.

Vietnam has a different (but equally concerning) story. The main operator, operator Vietnam Air Caterers, is running at around 12 percent of pre-COVID figures and caters domestic and international flights. The only foreign airlines to remain flying have been ANA, Japan Airlines, and Asiana. Airlines such as Emirates, previously twice daily, are down to one per week and others back-cater. The domestic market in Vietnam is buoyant and Southern Airports Services Joint Stock Company’s (SASCO) main customer base reports 60 percent of business operating but this too equates to between 2,000 and 3,000 meals per day.The country has very few COVID-19 cases and life is pretty normal – apart from the fact that no one can leave or enter.

Malaysia has a similar policy with all international travel effectively banned up December 31 and draconian quarantine procedures for anyone deciding to come.

Thailand reports being basically COVID-free, but at what cost? How long can that be perpetuated? Sooner or later borders have to open and the inevitable is bound to happen.

Cue Sweden, who are already there.

Three common similarities arise in Asia. One is real anger that the supplier base is completely ignored when it comes to state support the travel sector. Airlines and airports get government aid whilst the supply base gets nothing.

Secondly, state aid is unfairly distributed. It favors state-owned and -run airlines and entities over private enterprises who are often doing a better job. The lay-offs in the industry are exponentially worse since many of them much more labor intensive than airlines when calculating revenue over jobs. There are or two lucky bystanders (if you can call it that), chief among them being SATS which is owned by Temasek. I am pretty sure that Temasek’s attempt at world domination by taking over gategroup which is still in the process of completing its acquisition of LSG Europe is beginning to feel something of a burden right now. 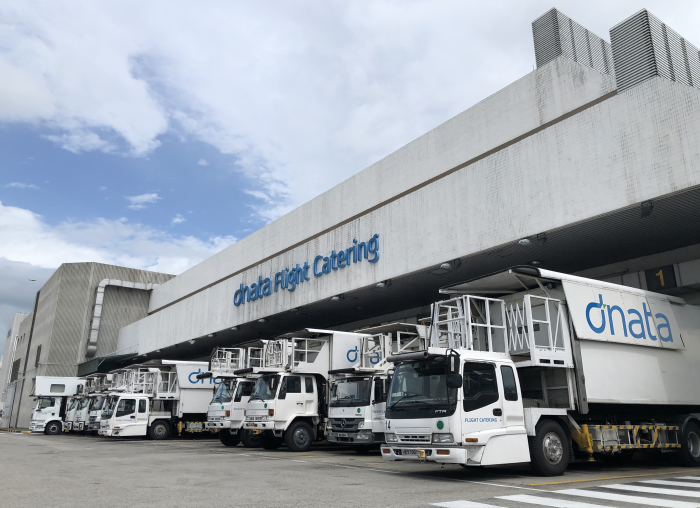 Some caterers, such as dnata, have restructured during the pandemic to deliver to non-airline customers

The third theme is the difficulty some airline caterers and suppliers have in diversifying. As one spokesperson in Indonesia pointed out, it isn’t always possible to compete on cost with producers who supply other sectors. Airlines demand high quality which means a higher cost of raw materials. Introducing second tier production is complex. Plus, caterers have higher overheads for operational needs. A meal manufacturer does not have a fleet of hi-loaders or a complex assembly area. Additionally, being located at an airport comes at a premium.

So, what of the future? One reason I stopped listening to endless talking-shop webinars is that nobody actually knows. IATA’s research indicates that airlines are anticipating growth faster than the booking numbers indicate, with schedule out-pacing actual booking by a significant percentage. Both schedules and booking numbers are still down 80 percent year-on-year. For those millions earning their keep from provisioning the worlds travelling public, the immediate future isn’t great.

Hopefully though, the New Norm (that isn’t anything like “normal”) will reveal a business relationship within our industry will be fairer and far less complex than it was.