Jeremy's World: A shift on the horizon 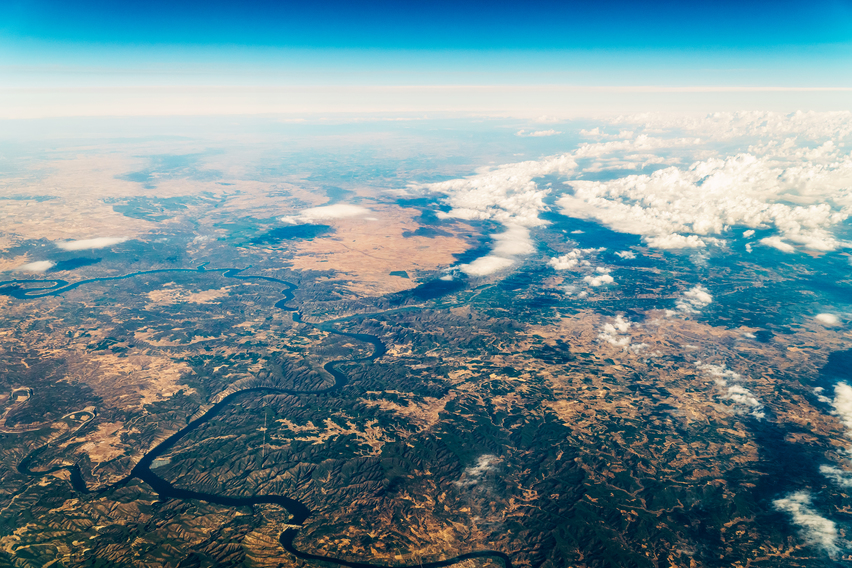 In my last post, I pondered on how, as a result of the current chaos, airlines might change their passenger service and ticketing rules. I was recently having a chat with a close colleague of mine, (a senior executive in one of our largest caterers) on the plight of caterers in general during this difficult time. He posed a question which gave me pause to think. “Do you think this situation will finally change the relationship between suppliers and airlines?”

It is well known that in the airline funding food chain, catering tends to come somewhere near the bottom, together with the ground handlers and baggage guys. This, despite the fact that what caterers do has one of the largest and most lasting impacts on the perception of an airline’s customers.

Nonetheless it’s an easy option when the accountants are forced to take out the pencil sharpener. It is only after some time that they comprehend the folly of compromising on one of the main takeaways by their passengers.

There is no question that the current calamity is incomparable to previous situations that adversely affected our industry for example 9/11 or the SARS pandemic or the numerous economic downturns that we have had to weather.

The question is whether or not this will prompt change the behavioral dynamics within the industry and specifically between airlines and their suppliers.

This is not a simple diagnosis of the dealings between major airlines and the major caterers. Despite it not being in their best interests, airlines continuously push caterers ever closer to the edge, meanwhile the caterers aren’t blameless as they carry on destroying each other for the sake of market share.

How can this change? Well firstly we shall have to see who has survived and who has fallen into the abyss, then see how this might go into the future.

If, like me, you stay in this business long enough, you see the cycles. It never fails to amaze me, when new blood comes in or the old school are still set in their mindsets, they totally ignore the lessons of the past.

I am sorry if this all sounds a little condescending, but the fact is that change only comes when someone is either brave enough or smart enough to push it.

Oldies who take the “well that’s the way we’ve always done it” approach are one problem. However, there is really no excuse for new generations to come in and repeat the mistakes of the past. Either because they know little else and want to make a mark, or because they bring with them incompatible methods taught to them at the University of Wherever.

Those of us around following 9/11 clearly remember the promises of the New World Order. Airlines and caterers all suddenly became lovey-dovey and promised to look after each other. Well, that went OK only for as long as it was absolutely necessary before they all reverted back to the old ways. The same happened with the SARS.

Today is different. The damage, to airlines at least, is a lot greater. Supply chains are more complex with layer upon layer of suppliers from frozen meals to amenity kits and packaging and a huge range of finished products whose businesses are directly affected.

The caterers are different too. In the bygone era where Dobbs, Caterair, Marriott, Skychefs, THF and airline-owned operators dominated the market, negotiation dynamics were considerably simpler.

Now, depending on where you are, we have a raft of consulting houses, brokers and multiple suppliers to an airline all of whom negotiate their specific deals either with the airline or those representing it.

My fear, and prognosis is that in the immediate future each will do its best to try and support the other. Sadly, it won’t last. Unless permanent and truly cooperative agreements based on mutual survival and support are forged, things will revert back.

As crazy as they may sound, here are some ideas of what might come out of this.

1. The least likely occurrence is airlines taking back control of their provisioning services. If done properly by people who know, huge costs could be saved by cutting through multiple supply chain layers. It would mean airlines would have to diversify which makes it highly unlikely. It will be interesting to watch airlines like Cathay Pacific, Emirates, Korean Air and others that retain some form of ownership of their caterers.

2. Seeing the embryo of new airline alliances from those who would not have survived or have seemingly unlimited investment - example Ethiopian Airlines, South African Airways and Air Mauritius, are similar consolidations possible within the supplier market?

Given that Temasek Holdings have control of more than half of the world’s current market, how much more consolidation could take place?

3. A more likely scenario is that the sub, and sub-sub suppliers to the provisioning industry will become more closely integrated into the chain. Companies will share ownership. More joint ventures and closer relationships between suppliers and brokers hopefully ensuring their survival whilst reducing costs.

There is no question that the airlines of the future will continue to compete on service. Perhaps even more so as fares increase.

The final question in this sad tale is - which airlines will survive?

It’s likely that some who don’t deserve to will battle on, and some that do deserve to, won’t. My fear is that many that should have gone, but survive thanks to handouts from governments, will continue to play the negotiation games in the same old way.

I am however optimistic that from the ashes, new airlines or existing airlines reborn will come to the market with a fresh and healthy respect for the negotiations between supplier and consumer. It’s in no one’s interest to continuously push for the lowest common denominator. That’s how you end up with Ryanair.

One thing I can be sure of is, Alitalia will still be here!