Revenue up for LSG Group's H1 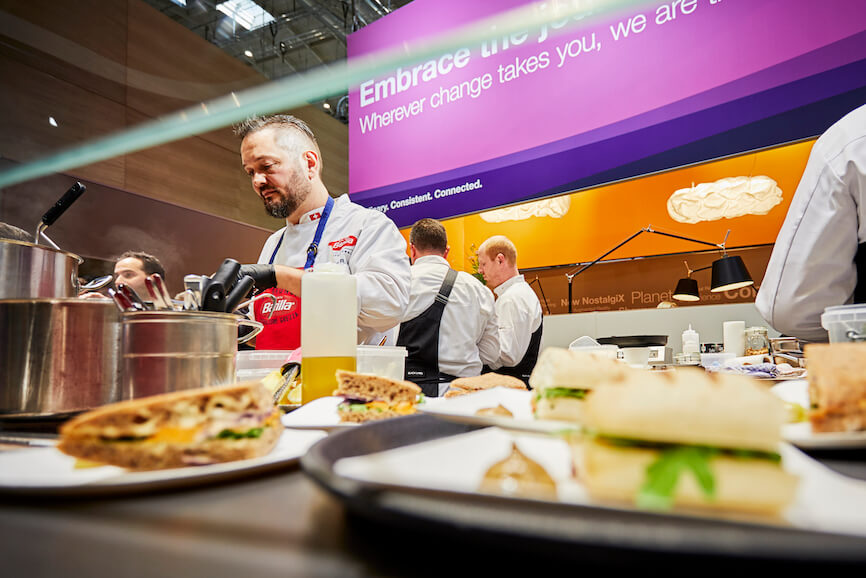 Activity at LSG Group's stand in Hamburg this summer

LSG Group reported companywide revenue increased in the first half of 2022 and cited positive business development in all regions - especially in North America and Latin America.

In the first half of this year, LSG Group recorded revenue of €857 million (US$870 million), a 92 percent increase compared with 2021’s €447 million (US$454 million) for the same period. The LSG Group has reached 77 percent of its pre-pandemic revenue level of €1,113.7 million (US$1,131.1 million). In the first six months, the company signed new contracts, renewed existing ones, and entered into several partnerships.

"Our industry continues to move through challenging economic times," says Wilken Bormann, CFO of LSG Group, in the January 4 announcement. "The current pandemic is compounded by supply chain disruptions, flight cancellations due to capacity constraints and high fuel and inflation costs in much of the world. The LSG Group is nevertheless recording stable growth figures and is successfully maintaining its strategic realignment and strict cost management. I would like to thank all our employees around the world who, in line with our vision, give their best every day to drive this wonderful company forward and provide our customers with a service we can be proud of."

In the first half of the year, the LSG Group focused on implementing its strategic realignment and entered into partnerships with NotCo, Kaelis and Cuisine Solutions. The aim is to expand the offering in the areas of food technology and sustainable food and equipment solutions. At the same time, the company launched its tailor-made innovation program "next." The goal of “next” is intended to anchor a continuous, rapid innovation approach as a core element of the mission "We connect food and people. Everywhere." .All employees can participate and innovate with the help of "next."

At the June World Travel Catering and Onboard Services Expo in Hamburg, the company presented innovations such as Consumption Analytics, the Inflight Management Suite, further developments, and product innovations in the area of in-flight sales such as pre-order and pre-select technology.

"We are seeing more and more how our strategy is becoming a reality and is creating more growth and new perspectives in all areas of the company. The excellent feedback and interest from our customers at the WTCE encourages us and spurs us on to act even faster and more innovatively," says LSG Group CEO Erdmann Rauer. "Looking back, we have achieved a lot in the past six months and demonstrated market leadership, despite all the market volatility. We can be proud of this and draw the necessary energy for the months ahead. We are on the right track; I am sure of that."

Food commerce (business with retailers and home delivery services) is the second pillar of the LSG Group's business that gained importance and revenue growth in the pandemic. The Ghost Kitchen network was expanded by four new locations in the reporting period (Sao Paulo, Denver, Chicago and Helsinki). The catering operation in Chile now supplies all baked goods to one of the largest coffee house chains. The operation in Pittsburgh won Fifth Season as a new customer.