“Today we have a great day, a beautiful celebration of sous vide all around the world. And to help us celebrate, we have four chefs who have developed some recipes to share with you,” Bertholon said in opening remarks. “It is going to be a great day for our community of sous vide whether you are a chef or cooking at home.” 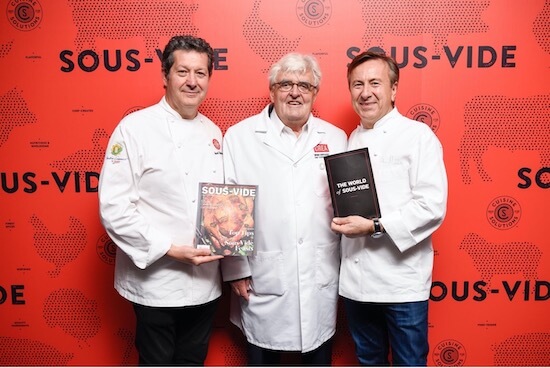 January 26 is a big day for those involved with sous vide as it marks the birthday of Dr. Goussault.

“He is the pioneer of low-temperature and precise-temperature cooking sous vide,” Bertholon explained. “And this year is really a big one as Bruno is turning 80 years old. A lot of people are going to be celebrating Bruno. He has taught so many chefs all around the world. From a hospital to a three-star Michelin, a lot of people are using the sous vide technology since 1971.”

Gratitude for Goussault
To introduce the honoree Dr. Goussault, recognized as the father of modern sous vide and self-described kitchen troubadour, recounted the story of his life’s journey to sous vide.

“I think that we rarely innovate. We observe, and then we modernize or bring back what we have seen in another field, under another light. We do not make discoveries, we apply new practices,” Dr. Goussault began. 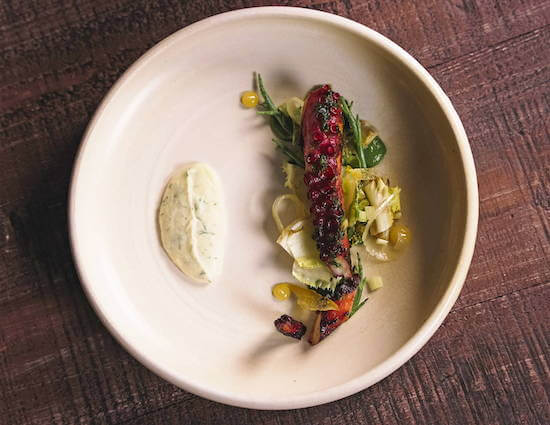 Reflecting on his journey, Dr. Goussault said sous vide cooking has existed since fire was discovered. From there, it is just about cooking at the right temperature – and teaching other chefs these lessons. Most of the time, the lessons are applied through his storytelling, making him something of a “kitchen troubadour,” he continued.

The French chef has an impressive history, including spending three years in Niger as part of his duty with the France military service, and becoming the head of one of the finest agri-food industry research laboratories in France at 26 years old. There, he conducted extensive research on “fantastic subjects” such as freeze-drying and cryoconcentration, which is used in kitchens today to bring concentrated herb flavors to life. 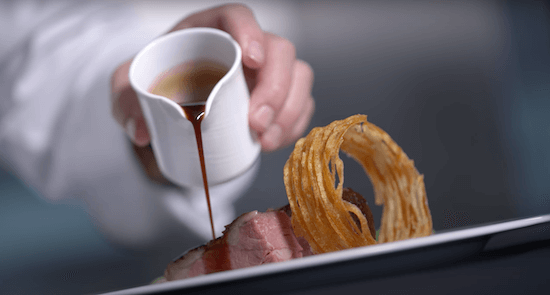 Later, the agri-food laboratory was converted into a meat and charcuterie research lab. That’s where he first cooked beef using the sous vide method. He came to learn that this technology is the best for finding, catching, concentrating, and fixing the taste of the food, he said.

At first the method was not easily adopted by French chefs who would typically shy away from using technology in the kitchen, but once implemented, many started to see its benefits. Eventually, sous vide became a huge success in restaurants, on trains and throughout cooking in general and became known as it is today.

“There are lots of people who have done this before me. There will be many more who will do it after me. I hope it will continue because I’ve laid some groundwork, but I still have 90 percent of things to discover,” he said.

Next, Chef Ehrler demonstrated cooking seared sous vide octopus with wilted escarole, fennel, and lemon, a recipe that has been in his family since he was a young boy. The octopus recipe can be found here.

“A lot of other brands like to use applewood smoked bacon, but we landed on hickory smoked bacon because we believe it brings the best flavor,” Chef Randolph said. “It adds a different flavor than a lot of our competitors.”

The Cali roasted turkey melt recipe can be found here. 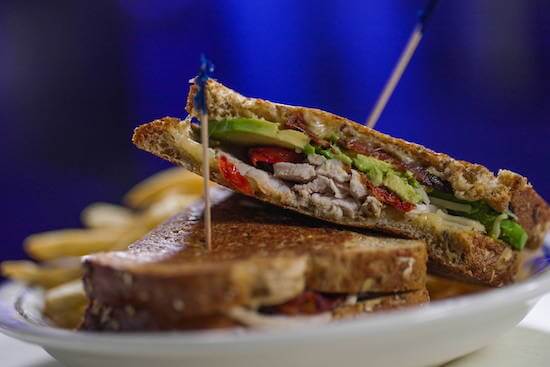 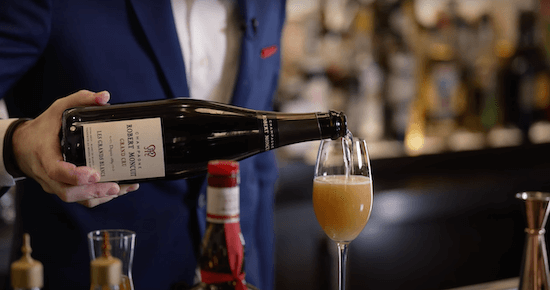 In the cocktail demonstration with Xavier Herit, National Brand Ambassador for Grand Marnier, he poured a Grand 65, a twist on the French 75, and a Manhattan Park, a fresh take on the Manhattan

There was also a cocktail demonstration with Xavier Herit, National Brand Ambassador for Grand Marnier. He mixed up two cocktails, the Grand 65, a twist on the classic French 75, and the Manhattan Park, a modern take on the Manhattan.

Virtual wishes
International Sous Vide Day came to a close with a virtual happy birthday message to Dr. Goussault, paying homage to his legacy in sous vide. He serves as the Chief Scientist at Cuisine Solutions and Founder of CREA (the Culinary Research & Education Academy, the education, consulting and innovation arm of Cuisine Solutions) where he taught the application of sous vide cooking to Michelin-starred chefs such as Yannick Alléno, Daniel Boulud, Thomas Keller, Anne-Sophie Pic, and Joël Robuchon, among many others.

Dr. Goussault holds a seat on the board of the Association des Chimistes (Association of Chemists) and Ingénieurs et Cadres des Industries Agricoles et Alimentaires (Engineers and Managers of Agricultural and Food Industries) and was named as one of the 100 visionaries in the Albert Einstein Legacy Project’s Genius: 100 Visions of the Future initiative.