This is a special feature from PAX International's December IFSA Long Beach 2021 digital edition, on page 18. 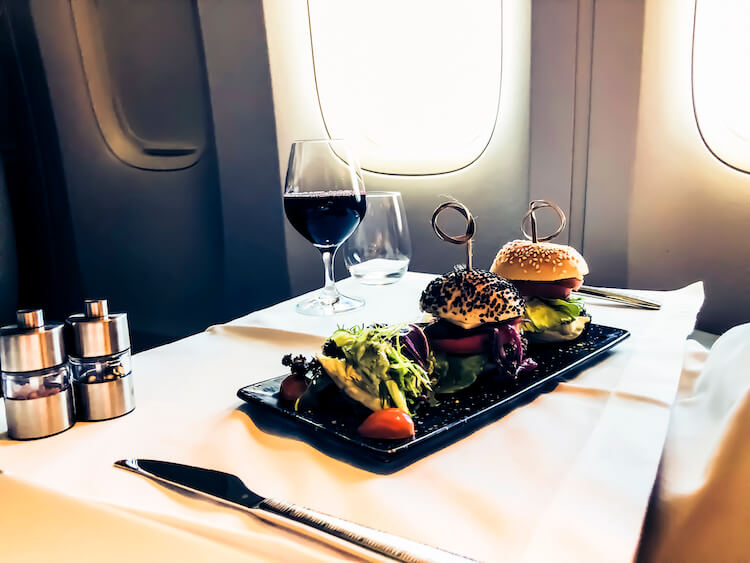 The nagging bane of airline catering — how to predict and minimize waste — has airlines in the Lufthansa Group talking and listening. But in this case planners are listening to an intelligent application that is helping them make the best use of fresh products both served complimentary and offered for sale.

Buy-on-board food service has been growing, and growing more sophisticated, over the last 20 years. As the industry moves through the COVID-19 pandemic, this section of ancillary revenue is poised to take on an even more important role as technology expands the selection of products and methods of delivery, shortens the time that is required for specialized orders and adds more freshly prepared premium meals.

But try as they might, the problem of onboard waste will be with the industry for a while. It will attract the attention of regulators and consumer groups, so any amount is certainly not in the interest of airlines or the caterers that supply them.

But partial help is on the way with new technology developed by LSG Group’s Retail inMotion and its vLPS load planning system. Retail inMotion introduced an upgraded version in late summer that the company says is more efficient, flexible and requires less hands-on work by the users.

The vLPS is powered by a “decision tree algorithm” that the company says resembles the human thinking process. The algorithm processes large amounts of data and generates consumption projections on the right amount of food to board each flight. With it, airlines can better manage waste and sell-out rates and adjust predictions. Most of the calculations are done in the background and adjusted around the clock.

“The new system enables users to run the predictions at 3 a.m. and reduce the time between the moment we receive the flight data from the airline, which usually occurs around 2 a.m. and the actual production, thus further improving the accuracy of the prediction,” said a description of vLPS from Retail inMotion.

Five airlines are currently using vLPS; Lufthansa, SWISS International, Austrian Airlines, Eurowings, and Eurowings Discover, the new leisure airline in the group. A sixth airline that’s outside the Lufthansa Group will soon be taking the technology, says Manuel Hübschmann, Retail Director at Retail inMotion. The airlines range in size from three aircraft to a fleet of more than 250.

So far, the waste generated from airlines in the group has dropped precipitously since the implementation of vLPS. Hübschmann said that before implementation waste rates ran from 30-40 products per 100 passengers on flights that had complimentary catering, while short flights with food for sale could see a waste rate of 10 to 15 products per 100 passengers.

Now, with the implementation of vLPS, Hübschmann says that even buy-on-board flights with up to 10 fresh products available, waste has dropped to around two products per 100 passengers.

One of the important factors of vLPS is the user-friendliness, says Hübschmann. The main users are not data scientists, but instead a community of operations managers readily exchanging information across the different airlines. New trends and best practices are discovered, and suggestions regularly move between the users. vLPS prediction capability expands among the developer community at the rate of five to seven new features added to the system each month.