This is a special feature from PAX International's December IFSA EXPO 2021 digital edition, on page 24. 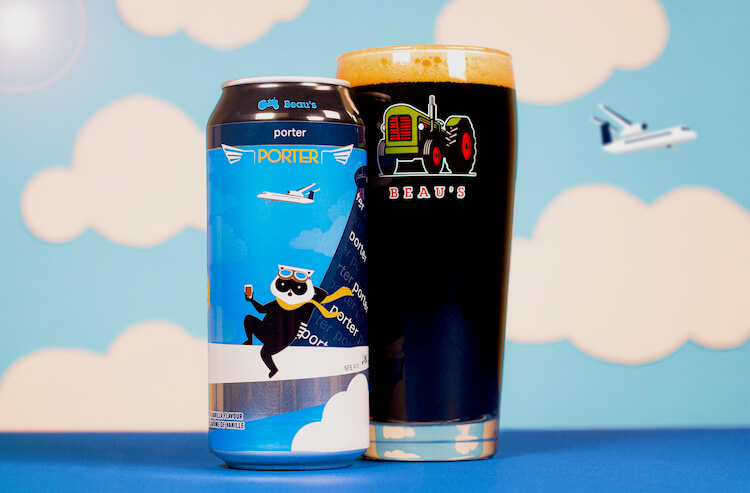 For someone who may have a tendency toward optimism, the move by Porter Airlines in Canada to launch a new onboard product that isn’t hand sanitizer or personal protective equipment is a clear sign that air travel is moving toward something closer to normalcy.

The sign can be seen in the form of Mr. Porter, the airline’s raccoon mascot relaxing on the wing of aircraft hoisting a glass of Porter Porter. That’s not a typographical error, but a malty dark ale “with notes of espresso, chocolate and vanilla” and a “slightly dry finish.” Porter Airlines offers the new beer in a 473 milliliter (16-ounce) can.

The new beer was onboard soon after Porter Airlines relaunched service after shutting down operations at the start of the COVID-19 pandemic. After a transition of phasing in operations, the airline is set to embark on a rapid expansion in the second half of next year, with the deliveries of its first Embraer 195-E2s and a launch of service out of Toronto’s main airport to major cities in North America, Mexico and the Caribbean. 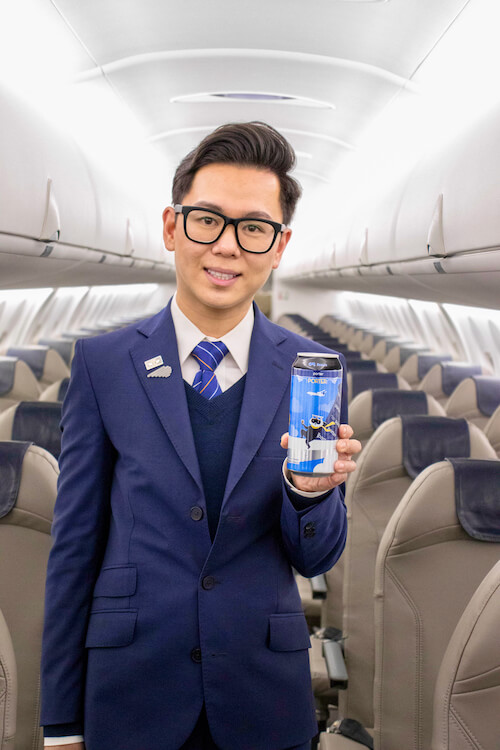 The requirements for additional cabin service on the longer routes will be handled in due time, says Brad Cicero, a Spokesperson for Porter Airlines. Now, he says passengers are enjoying the new offering from an eastern Ontario craft brewer called Beau’s All Natural Brewing Company.

“It is a good seasonal beer in the porter style and obviously an opportunity for us to co-brand a product with our new partner in Beau’s,” Cicero says. Porter Porter also adds to the brewer’s Lug Tread lagered ale as part of the onboard offering. Porter Airlines has a long-time wine supplier in Niagara-based Jackson-Triggs which has a red and white offering. Porter serves all the products complimentary in glassware etched with the airline’s logo.

While an exclusive beer offering teamed with an airline is not new, the partnership extends beyond the travel environment. The tall cans of Porter Porter are also sold in outlets of the Liquor Control Board of Ontario (LCBO), The Beer Store and grocery dépanneurs in Quebec.

Beau’s All Natural Brewing Company has been working with Porter Airlines for about a year, deciding on the flavor and style. Beau’s Brewing CEO Steve Beauchesne tells PAX International that the company prepared approximately 20 small batches with different flavor profiles and variations before settling on a final taste that is now flying. Beauchesne called the final product a “robust porter” brewed in a distinctive style found in the United Kingdom in the 1800s. Porters and stouts are malt-heavy beers, with the grains roasted to a dark color and flavored with various earthy sweet and bitter components. They are popular in the fall and winter; but with retail sales part of the program, Beau’s is confident that consumers will like Porter Porter.

“We kind of expect a fair bit of seasonality with it, but we do have pretty high hopes for this,” he adds. “We think this sort of brand connection is really strong and the beer is really tasty so we’re putting a lot of marketing efforts behind this.”

As a bonus, sometimes the marketing creates itself, and Beauchesne noted the obvious possibility early in the company’s association with Porter Airlines. “Working with a company called Porter and not making a porter just seemed wrong,” he says.