This is a special feature from PAX International's October 2021 digital edition, on page 24. 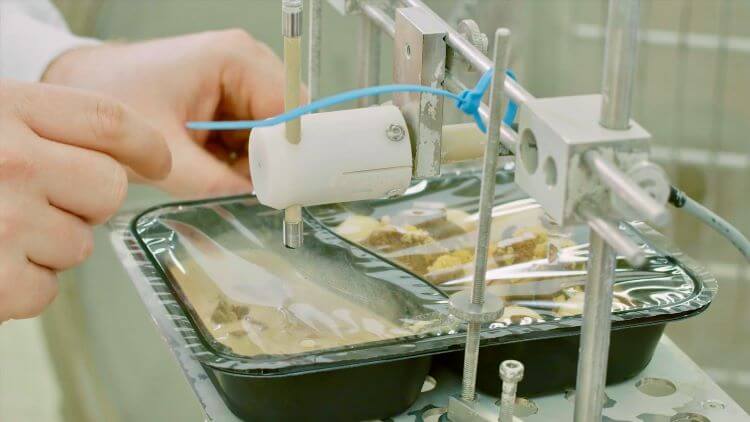 In making the case for space exploration, defenders will often say enduring the cost and danger over the decades has led to several discoveries that have made their way into everyday life.

Space travel has been directly responsible for the development of cardiac defibrillators, temper foam, portable breathing systems for firefighters and even enriched baby formula. However, none of those were probably on the minds of food developers at LSG Group when they when the set out to create meals which could last months without refrigeration for German astronauts at International Space Station (ISS). The most recent development will be for astronaut Matthias Maurer who will be going into space at the end of October.

Then came the coronavirus pandemic
Now that the airline foodservice environment has changed — more than likely forever — the company’s Space Food products, made through a process that is also used to make pet food, is being studied for catering. So far, LSG Group has been producing shelf-stable food that is both tasty and able to retain its nutrition through a long-accepted process called autoclaving.

Under high pressure and temperature in an autoclaving unit, bacteria are killed. After the cool down, what is left is a product that has not only retained nutrition and flavor, but can be stored at ambient temperatures for, in some cases, up to two years. The food is a perfect fit for places like the ISS. Whether it will be a fit for applications in airline food service is something LGS Group is evaluating with its single autoclave unit from a French company called Steritech.

While the practice holds promise, Jöerg Hofmann, LSG Group’s Director of Culinary Excellence says the use of autoclaving is still is in “project mode” and in need of defining processes and training, among other things.

“Because, as we all know to extend the shelf life of food is quite a risky process, if you do not do it in the proper way,” Hofmann says. “Meaning, we need to learn a lot and we seriously need to educate all the staff related to those technologies.”

Right now, LSG Group is working on the solution with a small autoclaving unit and a goal of storing food at ambient temperatures for up to nine months. It is nonetheless touting the possibilities and the advantages through its participation in the Best Chef Awards which took place in September. It will also be supporting Maurer on the October 31 launch to the ISS where he will also be a part of the BigCityBeats Space Club Kitchen. 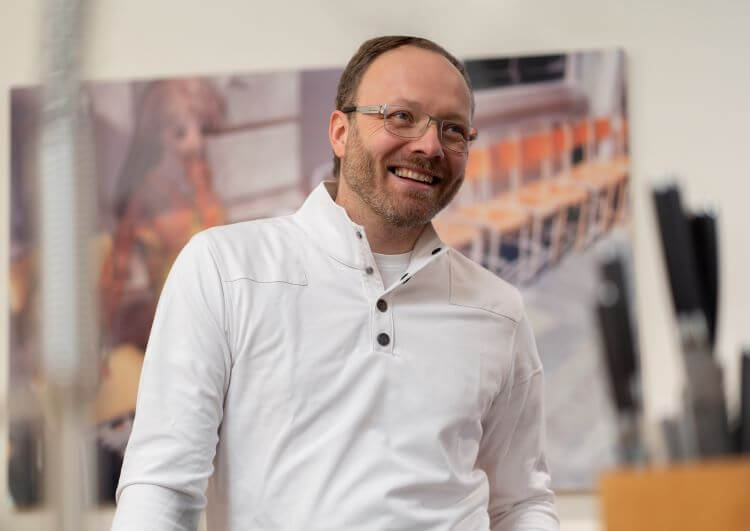 BigCityBeats Space Club Kitchen is organized by a Frankfurt-based concert promoter. Early next year, during Maurer’s time, he will be the first astronaut to prepare a full meal on the ISS and will also DJ a set.

Maurer’s selection of meals for this mission are 30 servings of beef rendang with vandouvan rice, azuki beans and yogurt. It’s a pungent heavily seasoned Indonesian dish with a flavor combination that includes coconut milk, onions, garlic, ginger, coriander, cumin, kefir lime leaves and tamarind that is added to the braised beef. The recipe was developed by a well-known television chef Tim Mälzer.

LSG Group worked with a partner MK Mentor over a six-week period to develop the dish. MK Mentor specializes in events, catering and hotel food service. Over the years, it has taken food products into space and found ways to efficiently transport and store the products which endure up to 9gs of force on takeoff and cost somewhere in the neighborhood of €22,000 (US$25,800) per kilogram to store aboard the ISS.

Maurer is the second astronaut to take LSG Group prepared meals into space. In 2018, the company developed a selection of meals for astronaut Alexander Gerst.

The selection of dishes are vital to making the autoclaving process work, says Hofmann. Beef, such as tenderloin will dry out, however products like braised short ribs and rice are perfect for the process.

Bringing it around
Space and space travel is a hot headline these days. Billionaires are taking short trips into low orbit and recently a group of four people with no astronaut training circled the Earth several times. But back on the ground, airlines and the companies that supply them are still facing hardship. Processes are being evaluated and a new path forward is inevitable. 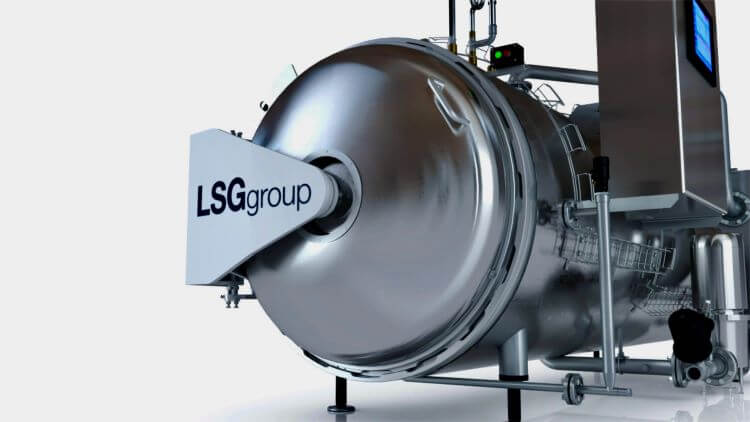 Other needs are more market oriented. Airlines are increasingly relying to ancillary revenue and turning to companies like LSG Group for solutions. Already, the company has been selling shelf stable offerings as a buy on board product to some of the world’s largest low-cost-carriers. A method of creating shelf-stable offerings in larger batches while retaining flavor and quality could allow producers to develop meals at lower costs. In other applications, Hofmann said autoclaving machines can operate automatically round the clock.

With shelf-stable meals transported to the aircraft, there would be less demand for refrigerated trucks and — vitally important — much less possibility for the wastage issue that plagued airline catering for decades.

The final equation is the possibility of autoclaving as an environmentally sustainable practice. Many companies are working on alternative materials to plastic now, said Hofmann, but material in the packaging could affect the shelf life of the product. Currently, the company’s Space Food is package in metal cans, per the requirements of the ISS.

“We do not want to waste food. It is not in our interest,” says Hofmann. “I believe though the technology is old I believe it is definitely an innovation and really could help. Especially in the current situation where we are all facing the same problems it could be a game changer.”