This is a special feature from PAX International's September 2021 WTCE Virtual digital edition, on page 22. 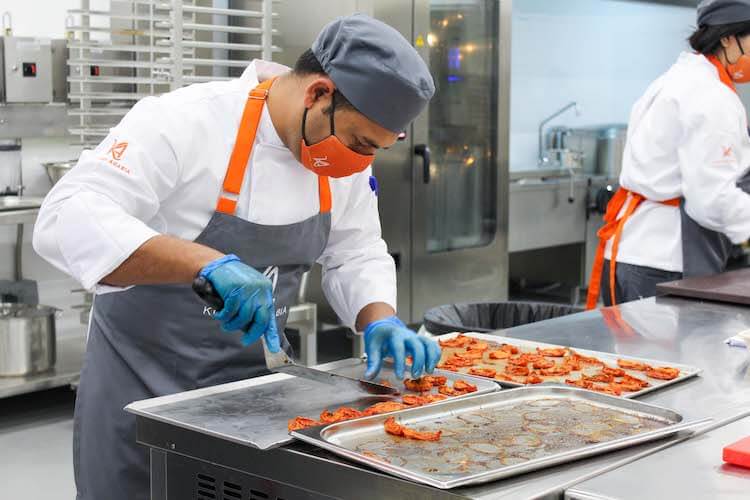 At full capacity, Kosher Arabia will be able to produce 2,000 meals per day

The Executive Chef of Kosher Arabia in Dubai hails from New Zealand. Senior Sous Chefs are from Syria and Morocco. Mixed in with the culinary team are kosher supervisors from South Africa and Israel. The back house has managers from Nepal and India.

The diverse group faces one big challenge as the COVID-19 virus recedes in much of the world: bring the complex and exacting standards of kosher food to an also complex task of catering aircraft. Certified meals move to hospitality venues throughout a teeming city and later this year to a World’s Fair. The ribbon was cut in the stand-alone facility last April. The ceremony included addresses from shareholder spokespeople from both Emirates Flight Catering which designed and developed the facility and CCL Holdings. The traditional Mezuzah, a piece of parchment called a klaf contained in a decorative case and inscribed with Hebrew verses from the Torah, was placed at the entrance of the facility when it was officially opened by Rabbi Krakowski, head of the Orthodox Union’s Israel branch.

Operations were just getting started at Kosher Arabia when activity in the world slowed down and in some cases ground to a halt. Now, the first airline customer from Israel is receiving regular catering and the city’s hospitality industry is demanding similar meals.

From its location at Al Maktoum International Airport (DWC) in Dubai South (approximately 40 minutes’ drive from DXB), Kosher Arabia is working toward its goal of supplying up to 2,000 meals per day. In its rotation are 10 menus for airlines to choose from. 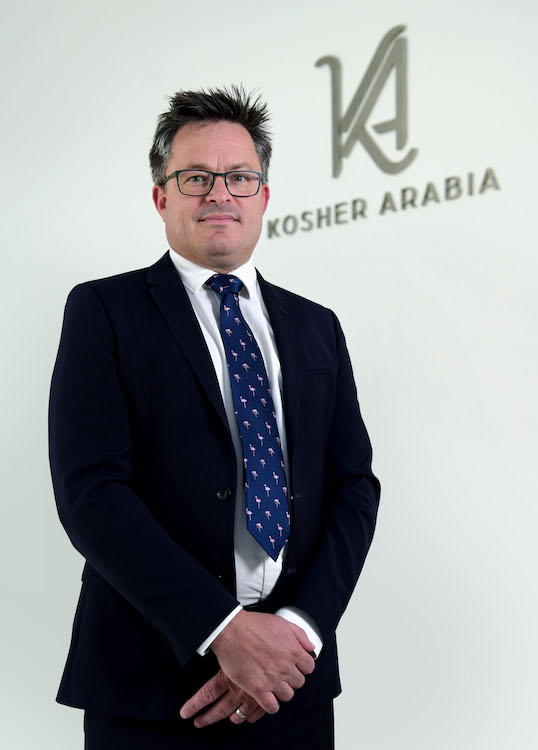 “The over-arching culinary direction is inspired by Sephardic cuisines with flavors of the Middle East and the Mediterranean with some staple favorites taking center stage, such as smoked salmon and salt beef for breakfast,” Matthew Rickard, General Manager of Kosher Arabia, tells PAX International.

Kosher meals have long been one of the most often requested special meals aboard on commercial flights. The International Air Transport Association (IATA) adopted the code KSML for the meals as well as KCML for children’s Kosher meals. There is also a code SKML for meals that have a special certificate originating in Jerusalem. Lead time for most special meal orders runs from 24 to 72 hours, however most airlines can still accommodate a special meal in a day’s notice.

Like any other world cuisine Kosher flavors run the gamut and rely heavily on fresh ingredients. “In the menu composition we think about the textures of every dish ensuring that there is contrast across the tray, with light, heavy, smoothness and crunch,” adds Rickard.

The company also prepares products for a longer shelf life and when logistics and time require them for transit and storage. The international mix of well-known entrees and side dishes are suited to a freeze-thaw process.

They also have to carefully consider the purity of the kosher process that consumers trust. Any product that is packaged must carry the kosher seal. To accomplish the task, Kosher Arabia relies on two groups ­—The Kashrut Division of the Orthodox Union (OU) and the South African Union of Orthodox Synagogues (OUS). Kosher Arabia, and by extension Emirates Flight Catering, handles all the food production supervision, while CCL Holdings provides certification and production supervision including support for menu development and foodstuff procurement. The unit serves only OU Glatt kosher meats, prepared in a designated meat kitchen. The breads are Pas Yisroel, baked in the Parev kitchen.

The United Arab Emirates is highly dependent on imports. However, Rickard says that the unit can buy cooking oil, spices and wraps locally. When sourcing becomes more complicated, it looks to partners in the area who can produce kosher items from their facility at DWC. Kosher Arabia is also looking to get fresh produce from Emirates Flight Catering’s vertical farm, which will be a valuable source because fresh produce is grown in an environment free from insects, which are prohibited by the laws of kosher. 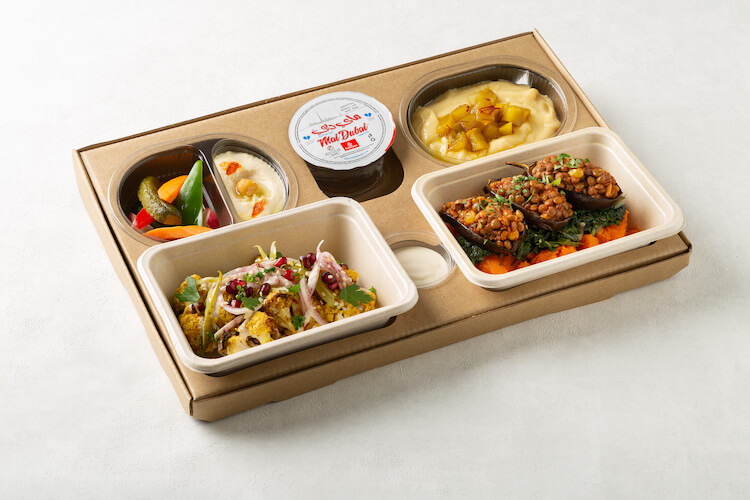 An example of the kosher onboard offering. Kosher Arabia currently has one Israeli airline as a customer

With the recent diplomatic agreement between the UAE and Israel, many would conclude that demand for kosher products would grow. However, Saeed Mohammed, former Chief Executive Officer at EKFC told PAX International last fall that it was only part of the reason for opening a kosher facility. He said the UAE has always had a demand for kosher products and the nation sees the possibility of up to 50,000 visitors per year from around that world that would require kosher cuisine throughout their stay.

The UAE is home to people from 200 nations including a thriving Jewish community. In September 2019, the UAE announced the construction of an interfaith complex in Abu Dhabi that will have a Jewish synagogue, a Christian church and Islamic mosque.

The Sustainability focus
Any facility, airline catering or not, has to keep an eye on sustainability and environmentally safe products in the 21st century. In the past, Rickard says that kosher products were traditionally packaged heavily with an eye to preserving purity. However, now the facility is confident it can pare back the excess packaging and still preserve the quality and standards that make the food Kosher.

“Wherever possible, we have removed single use plastics and foils from our meal packaging, and we will continue to work hard to eliminate such materials further,” he says. “Kosher food is often ‘over packaged’ to ensure kosher integrity, with layers of plastic and flow wrap, which are not only detrimental to the planet, but the excess packaging is cumbersome for the consumer in the seat.” Among the green products that are used are paper and board products from sustainable forestry sources, cutlery made from avocado stones and PLA containers. Plastic and foils have been dramatically reduced and the majority of the packaging is compostable or biodegradable, says Rickard.

Kosher Arabia has just begun supplying airlines and so far, has one carrier from Israel as a customer. But as the brand grows and the travel industry recovers, Rickard sees increased demand for its offerings. Visitors to the country will also have the opportunity to sample the company’s offerings when it supplies meals to (the postponed) Dubai Expo 2020, which will start October 1 and run through March 31, 2022, postponed due to the pandemic.