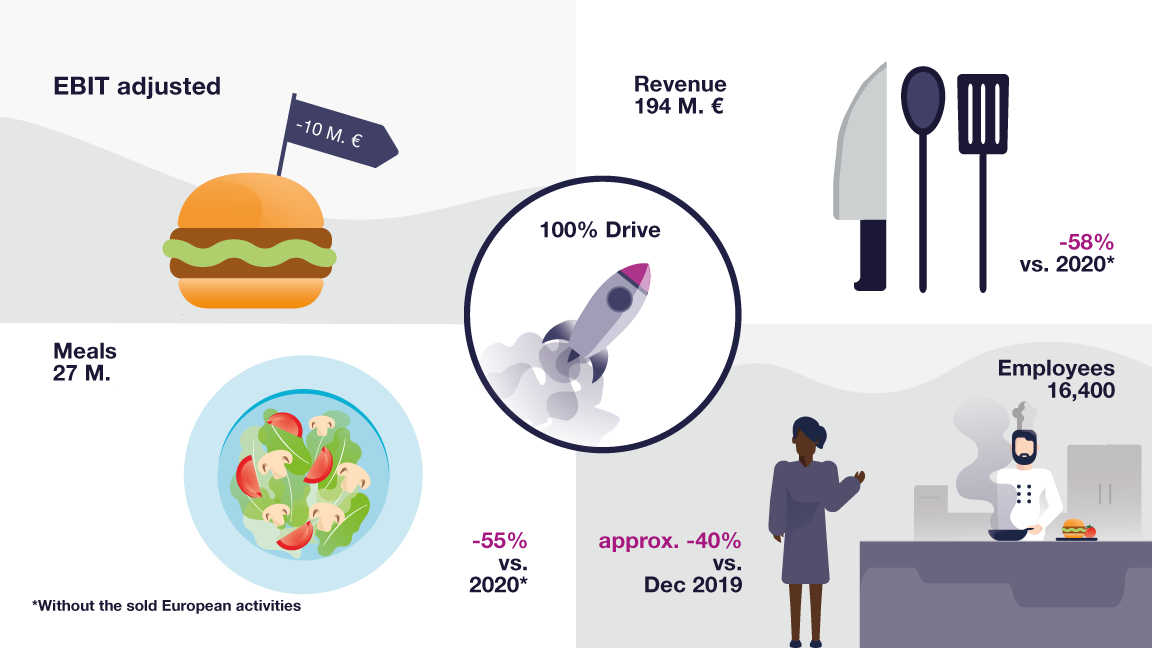 The LSG Group reported today that first quarter revenue fell by 71 percent to €194 million (US$235.15) during that period due to the decline in passengers among its airline customers worldwide and the diminished number of long-haul flights.

“Excluding the company’s European business, which was sold at the end of 2020, this represents a decline of 58 percent,” said a release from the company. During the first quarter of 2020 LSG Group recorded revenues of €660 million (US$800 million)

LSG Group officials say the company has succeeded in setting a course for the future. "We have stuck to strict cost management and secured our liquidity, while at the same time developing new strategies and becoming more efficient organizationally," said Dr. Kristin Neumann, CFO of the LSG Group. "I am convinced that after the corona crisis we will be a leaner but more powerful company and attractive employer."

The LSG Group aims to succeed in traditional catering markets and new business areas in the future guided by a new corporate mission statement: "Our mission is to connect food and people. Everywhere."

“Creating culinary delights of consistent quality that are delivered with reliable logistics remain our core competencies,” said Erdmann Rauer, CEO of the LSG Group. “We are also making it even easier for our customers and their passengers to enjoy these benefits with our digital solutions."

The new corporate strategy relies on five revenue streams, starting with the core business of airline catering, with a new focus on in-flight sales, technology/digitization and food commerce (retail and home-delivery services). LSG Group says all of the company’s geographical regions are currently testing new business models outside the airline business, and have already won numerous significant contracts.

New onboard-retail concepts for the Lufthansa Group, developed in collaboration with the LSG Group subsidiary Retail inMotion, are an example of how this business area is also growing. The company's onboard-retail activities are supported by new technologies such as the autoclaving of food, which was recently used in the preparation of space food dishes for ESA astronaut Matthias Maurer on his trip to the International Space Station (ISS).

For airline and convenience-retail customers, the technology means less waste thanks to a longer shelf life without refrigeration.

"In addition, in the future we will be focusing even more on sustainability,” added Rauer. “We have committed ourselves to six out of the 17 sustainable development goals issued by the United Nations, and are pursuing targeted projects revolving around them."