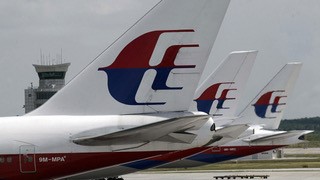 Malaysia Airlines has begun a restructuring plan with some US$557 million injected by Khazanah Nasional Berhad, an arm of the Malaysia Government

Before COVID-19, Asia and particularly Southeast Asia, was in a massively transformative state. The travel industry was booming, both inter-regionally and intercontinentally. The airlines were a mix of old-fashioned legacy-style state monoliths combined with young LCC’s and emerging economy carriers as state airlines.

In the supplier market, caterers of all sorts and sizes were innovating new methods of managing the supply of onboard hospitality. The demands of Western airlines with streamlined consolidators and provisioning contracts, plus the rise of Temasek as a global dominance in the supply of airline provisioning, put the region was in a volatile business atmosphere. In a time of uncertain change, players in the region are restructuring and reinventing business models with hopes of finding success on the other side of the pandemic.

Temasek takeover
In the catering world, the Temasek take-over of gategroup and parts of LSG Group is still ongoing. In November, gategroup Holding AG shareholders RRJ Capital and Temasek’s lenders reached an agreement “in principle” to back a debt restructuring. gategroup was affected as airlines grounded aircraft during the pandemic, with passenger numbers a fraction of pre-pandemic levels. The deal gives Sfr500 million (US$551.7 million) to stakeholders. Another Sfr200m (US$220 million) is from secured interim liquidity facility by shareholders. The extension of loan facilities to 2026 was also agreed.

Restructuring for reward
Many caterers across the region have cut back to the point of almost total stop. There are some exceptions, such Bangkok Air Catering which has retained a majority of its skilled workforce. On March 2, however, Thai Airways is due to submit its business rehabilitation plan to the Central Bankruptcy Court. If not accepted by creditors, the airline's future faces some doubt. Ahead of the submission the airline downsized its 80-aircraft fleet by half to fit the pivoting business plan, but this offers no guarantee, meaning the future for airline-owned Thai Catering also faces doubt. 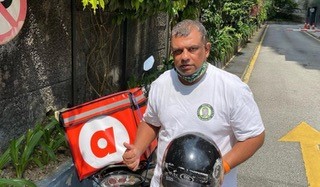 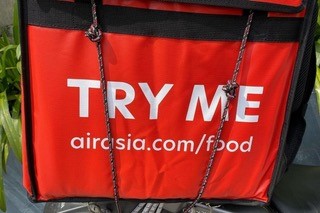 AirAsia has been diversifying through the pandemic, launching a food delivery platform, AirAsia Food powered by Teleport. "The logistics venture of AirAsia Digital aims to continue making a difference for merchants with no hidden fees to join its platform," reads the December 29, 2020 press release. It runs on flat rates and 10 percent commission model. Merchants can sign up immediately with flat-rates and switch to a 10 percent commission model later on. It gives full control for merchants to manage menu and prices, apart from receiving an extended delivery range of up to 60 kilometers (as compared to 15 to 20 kilometers by other food delivery platforms).

“AirAsia food offers the lowest commission rate in town, enabling merchants to earn more while having full control over their menu, pricing and easy access to data aside from being able to communicate directly with their customers," said Tony Fernandes, AirAsia Chief Executive Officer.

To the north, Vietnam Airlines will issue US$345 million worth of common shares to existing shareholders to "supplement the capital" of the flag carrier in a plan to return it to profitability within two years. The proceeds will pay off outstanding debts and will be used for day-to-day operations. There is no indication of how big the debts are or the day-today ops, but there is hope that it will stretch into better times and secure the long term future.

Malaysia Airlines meanwhile, has obtained a UK court approval to begin a restructuring plan with some RM3.6 billion (US$557 million) injected by Khazanah Nasional Berhad (KNB), an arm of the Malaysia Government. The detail of the restructuring has yet to be revealed but the airline has a reputation for maximum staff retention and a reluctance to embrace radical change. KNB will be committing the almost US$900 million in new capital to the Group until 2025.