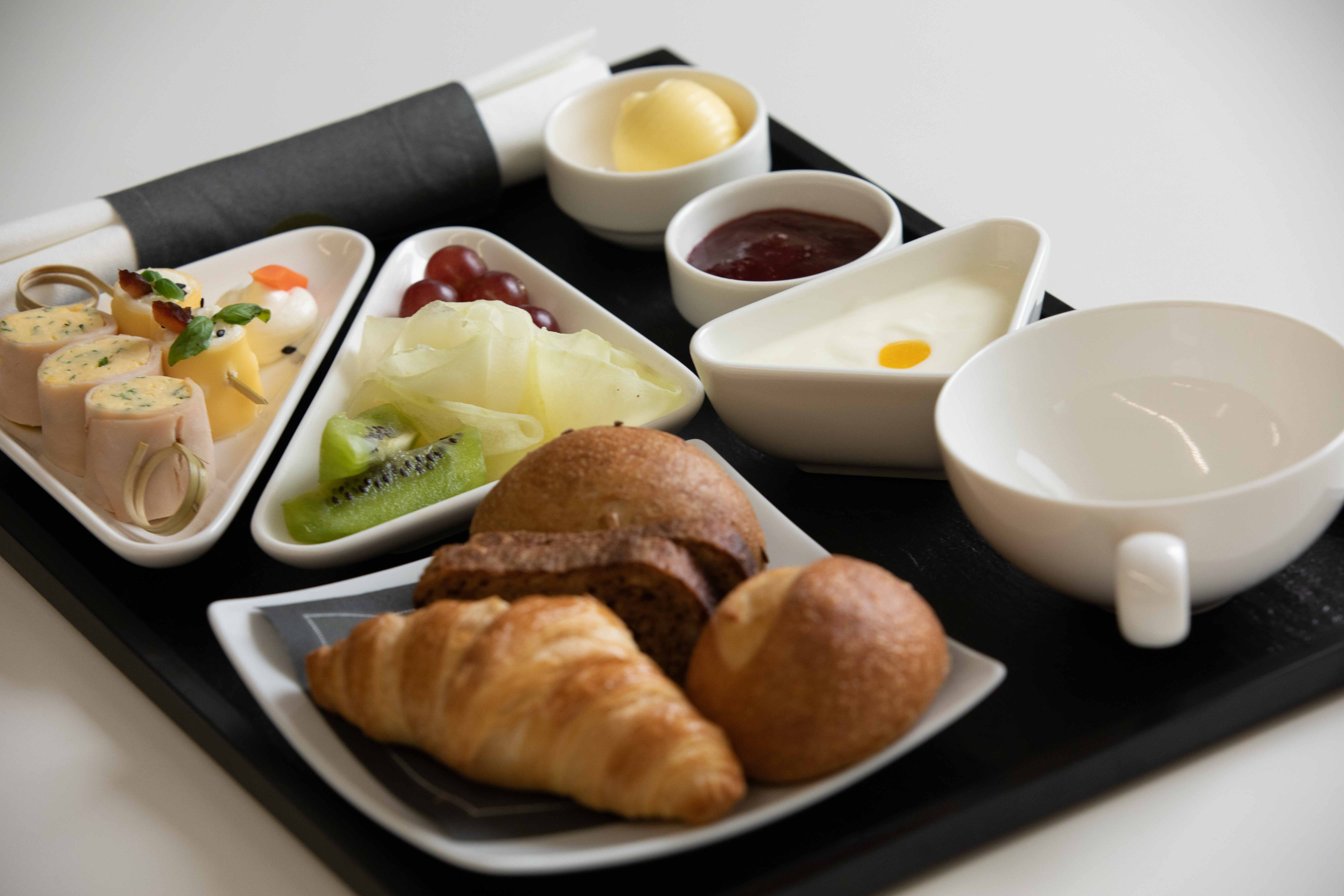 A new Business Class menu will soon fly on board Luxair Luxembourg Airlines, the result of a two-year collaboration with Villeroy & Boch and My Roots. LuxairServices Catering, LuxairGroup’s entity in charge of producing meals and loading logistics, was entrusted with the concept creation and fulfillment.

The new onboard offering includes tableware by Villeroy & Boch, a company which has played a prominent role in Luxembourg’s history and heritage. The pieces were designed to reflect Luxembourg’s national identity.

My Roots, founded by chefs René Mathieu and Mario Willems, worked with LuxairServices Catering to create a healthy and colorful menu which, according to a release from the airline, focuses on "nature’s treasures." The new flavorful meals feature produce local to Luxembourg and will be served on board Luxair Luxembourg Airlines flights starting June 27.

The catering branch of the LuxairGroup works to ensure that waste is minimized during production, and any surplus is provided to an association that works with people in need.

Meals served in Economy Class, also prepared by chefs by LuxairServices Catering chefs, were influenced by the Business Class menu.

In addition to the updated menus, Luxair has released a new selection of sandwiches on board as part of a new snack concept.