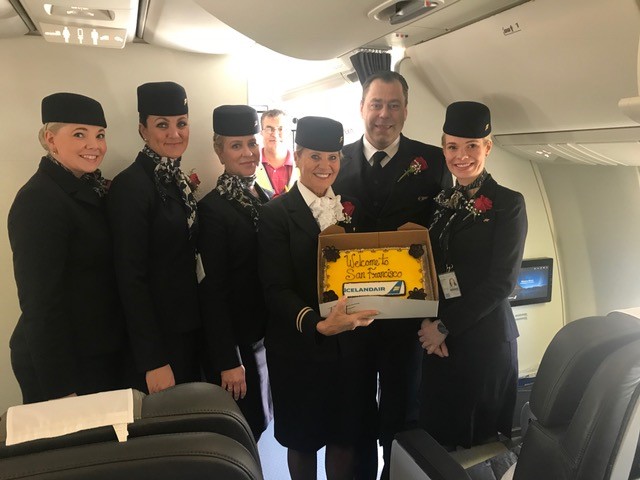 Flying Food Group today announced two new contracts, one for its unit in San Francisco and the other for its hometown Chicago.

FFG at SFO is catering Icelandair’s new route of nine flights weekly between San Francisco and Reykjavik. Launch date was June 2, and FFG gifted the crew with a "Welcome to San Francisco" cake to celebrate.

FFG also services Icelandair at Seattle, where the airline has been a customer since 2009.

“There is a strong connection between FFG and SWISS,” noted Executive Vice President of Airline Sales Nicolas Rondeau. “We also cater their flights at EWR, JFK, LAX, and MIA. SWISS has been an FFG customer since 2011.“