This is a special feature from PAX International's May Amenities & Comfort 2020 digital edition. 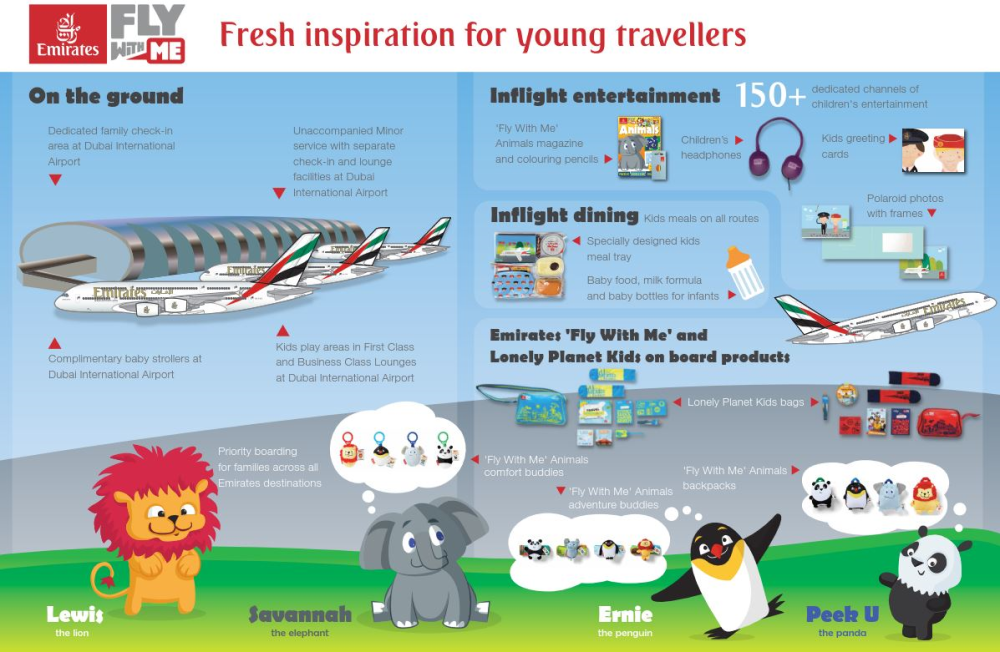 Canadian parents keep their children occupied during a long flight with a wide combination of onboard distractions that include electronic tablets, coloring books and games. But, more than a third of them cited not having enough items to keep their children entertained as a leading cause of anxiety, according to the findings of a survey by Emirates last year of its Canada passengers. Commissioned by the airline, the survey was conducted with the help of parenting expert Dr. Natasha Sharma who regularly speaks about traveling with children.

For years, Emirates has placed an emphasis on keeping children occupied when in flight. The airline has released a list of six “must haves” to help parents. The first begins at boarding with family check-ins and unaccompanied minors always boarded first.

On the airline’s ice inflight entertainment system, children have 150 channels, 100 games and an onboard camera to snap pictures of the flight. Special meals can be ordered in advance for children from the ages of 2 to 12 and milk formula and bottles are always available.

Amenities include products from the airline’s long association with Lonely Planet Kids. They take the form of retro-themed backpacks and world-travel education material, aviation inspired crafts and collectible destination socks. The airline also supplies a selection of collectible plush toys called Fly With Me. Child passengers can get a head start on a lifetime of adult frequent flyer memberships with the airline’s Skywards Skysurfer, which allows family members to pool their miles to redeem them later.

The survey commissioned by Emirates found that the primary concern of parents flying was being unable to keep children entertained, which was the priority of 35 percent of the respondents. Comfort of the children was a priority for 29 percent while 6 percent were mostly concerned with getting children to sleep.

Nearly 75 percent of the respondents brought tablets, phones or other electronic devices to help pass the time, while 63 percent relied on non-electronic toys like coloring books, pencil and paper and quiet games. Twenty-six percent kept children occupied with favorite foods, strolling the aisles or reading books and singing songs.

The final question involved aircraft crew. Sixty-eight percent of the parents said they felt comfortable approaching crew members with requests about their children. Sixteen percent of the respondents did not like doing it while only three percent expressed discomfort.

“While parents overall felt comfortable approaching crew members during flight, many still felt a little apprehensive about it, noting they did not want to appear needy, awkward or annoying and acknowledged that crew members are responsible for a lot of people,” said the survey results.