British Airways is a cut above

This is a special feature from PAX Tech's 2022 Seating, IFE & Connectivity issue, on page 9. 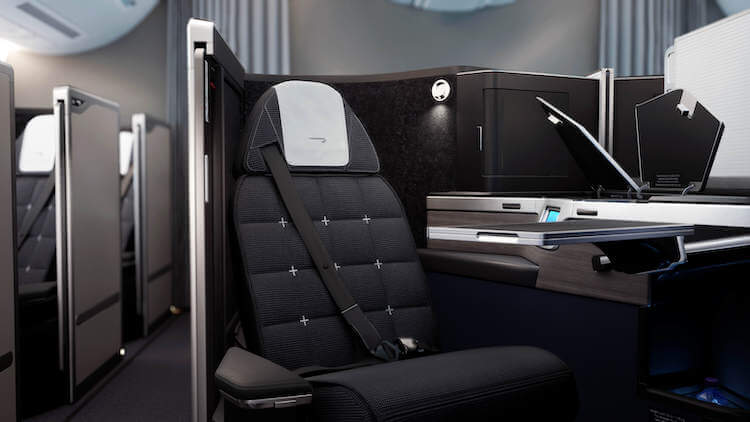 British Airways’British Airways’ third aircraft type to be retrofitted with the airline’s new Club World cabin is on track to be completed and flying out of London Heathrow by the end of this year.

Cradling the passenger in comfort on the airline’s 777s is the popular Super Diamond seat from Collins Aerospace. Over the past several years, the seat has been fitted on the airline’s new A350 fleet and installed on the 787-10 as well. British Airways has branded the new seat its Club Suite.

"The British Airways Club Suite was the first program on which we added a privacy door to our very successful Super Diamond seat," Alastair Hamilton, Vice President of Sales and Marketing at Collins Aerospace, tells PAX Tech. "More generally, we redesigned the seat shells and applied a very refined CMF (color, materials and finish) to the entire seat." In addition to more privacy afforded by the door, Collins Aerospace engineered the Super Diamond with increased bed clearance. The company says the sleep experience is enhanced by reduced distractions from the aisle and adding more space in the "turning circle" as a passenger moves from their back to their side while asleep.

The seat does not have to travel far to make its way into a 777 aircraft. The Super Diamond for British Airways was manufactured at the Collins Aerospace facility in Kilkeel, Northern Ireland. The plant is massive and Stuart McKee, Managing Director for the site, says the 50-year-old plant produces approximately 25 percent of the all the aircraft seats on the global market. Also rolling off assembly at Kilkeel is the company’s Meridian main cabin seat, its Premium Economy MiQ®, and the QSuite seat for Qatar Airways. Most recently, Collins Aerospace was picked to for the AirLounge™ product for Finnair Business Class.

Other features on the BA version of the Super Diamond are what the airline says is 40 percent more storage space than previous Club World cabins, a vanity unit and mirror, and an 18.5-inch IFE screen with high-definition gate-to-gate programming.

"When we launched our Club Suite product, it was a huge hit with our customers who loved the privacy the new seat offers,” said Sajida Ismail, Head of Inflight Product for British Airways. “We are focused on the roll out of this product and other cabin enhancements to ensure we deliver on our commitment to provide the very best British quality, style and comfort for our customers."