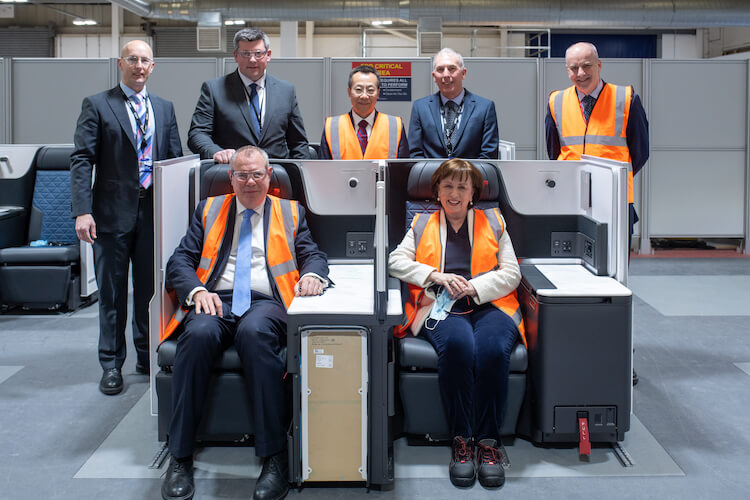 “Thompson Aero Seating secured a number of significant new contracts in 2021, which will generate revenue in excess of £100 million,” said a March 16 press release.

The release stated Dodds had previously visited Thompson earlier this year and was keen to introduce Minister Burns to the directors and staff since he became Minister of State for Northern Ireland in September 2021.

“Thompson Aero Seating has taken a bold stance through the pandemic and our reputation for innovative aircraft seating with the very highest of design and build quality has helped to secure our future in the market. We were delighted to welcome the delegation of VIPs and were very proud to show them what we have achieved globally from this small part of Northern Ireland,” said Taggart.