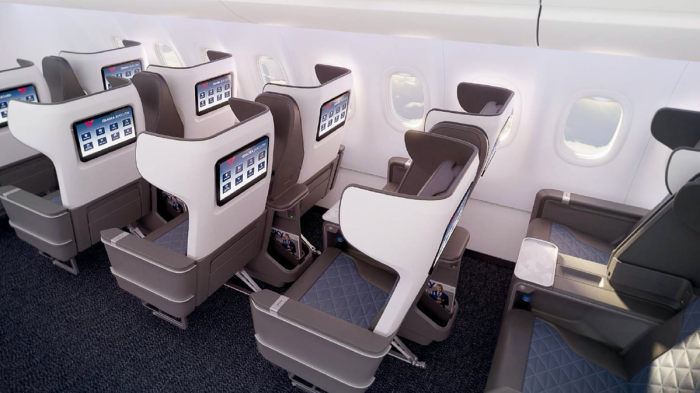 Over this unusual summer, seat manufacturing companies and their airline customers are diligently keeping their social distance from each other, but that does not mean that they are communicating or seeking solutions any less.

While a number of products have been developed to help airlines make passengers feel as safe and comfortable as possible, work has also been devoted to what needs to be done in the years they say it will take for the industry to recover. All this while struggling airlines are devoting much of their efforts to regaining passenger confidence.

Even before the COVID-19 virus prompted a jarring and sudden pause to air travel, some of the largest seat manufacturing companies were preparing for what they saw was a softening of the commercial aviation market. Aircraft order books at major events were not as large as the three-figure announcements in years past. The red-hot industry that led to double digit sales growth was giving pause for reflection and long-term planning.

Now, they say, they are listening to the stories, talking with focus groups and assessing what is needed to maintain and improve their partnerships for the long haul.

“The immediate impact on the industry has been swift and devastating,” Troy Brunk, President of Interiors at Collins Aerospace tells PAX Tech. “Airlines are financially strapped right now, so we have centered our efforts on investigating solutions that build upon our already existing cabin technologies that can be implemented quickly and efficiently; and a more touchless, hygienic and enjoyable experience for cabin and crew.”

Brunk has 27 years’ experience at the company, and took over the top spot in the Interiors division in April of this year. Though he has been with the company for decades he said he has seen the passenger journey that all suppliers and airlines study meticulously change completely in only a few months. While he said he relishes the opportunity to look at the big picture for years to come, a redefined travel experience and product development is starting out in some of the smallest places on the aircraft.

“Really, we are taking a very close look at anything that requires human contact onboard an aircraft,” he says. “And we are evaluating both the ready-now solutions we can provide and which longer-term technologies we can build for the future.”

Collins Aerospace will be researching materials with antimicrobial coatings, assessing cabin configuration options to maximize space within the aircraft and mitigating the spread of pathogens, while eliminating the need for physical touchpoints across the cabin. From there, developing products that fit the budget of airlines is an urgent priority.

“It is our responsibility at Collins Aerospace to be cognizant of that and develop solutions that airlines can swiftly implement to help begin this industry’s recovery,” Brunk says. 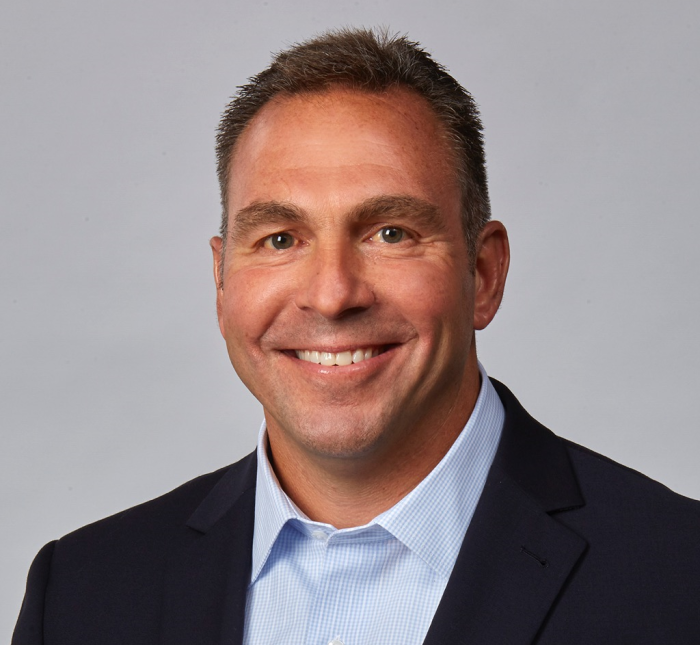 Hygiene on the front burner
In the summer of 2018 seat-maker Recaro was celebrating an innovation award in Berlin for its Hygienic Seat, coated with antibacterial substances and designed for aircraft with increasingly long stage lengths. At that time, the company was also experiencing a period of unprecedented growth where sales increased more than 20 percent for the years 2018 and 2019.

Recaro itself needed to quickly change focus as COVID-19 spread from Asia to Europe. With a manufacturing plant in Qingdao, located between Beijing and Shanghai, the company began using China operations as a blueprint for preparing for the eventual outbreak in Europe. It also turned its attention to the company’s supply chain to maintain on-time deliveries.

The year 2020 was one where the company had already planned to see sales softening. But nothing could have prepared for the blow the industry took, or seen the urgent need for a product like the Hygienic Seat. Trade wars and problems with the 737 MAX were going to hamper the industry, says Dr. Mark Hiller, Chief Executive officer of Recaro, but add a pandemic to the mix and fortunes for airlines and suppliers changed quickly. Hiller says the “third wave” to affect company operations was the expected cancellations and postponements that will result in a 60 percent loss in revenue over 2019.

The plastic surfaces and metal parts in Recaro seats can be equipped with the antibacterial coatings, if customers pick the option. The properties of the coatings make germs disappear within a short time. The coatings work alongside the existing systems, such as HEPA filters to reduce the risk of infectious disease transmission within the aircraft.

However, Hiller says “most of the airlines are thinking about short-term solutions which can be implemented on short notice which have a minimal impact on cost and weight which they might be able to quickly un-install.”

At this year’s Aircraft Interiors Expo, Recaro planned to show visitors its BL3710 medium range seat with advanced inflight entertainment integration and privacy features built in. The company was also keen to highlight its Sprint program which promises aircraft seat delivery in a period of less than two months. The latter program will be important to airlines because, as a result of the worldwide spread of COVID-19, many aircraft are changing ownership or being returned to leasing companies.

Privacy and distancing
Another company that has done much to prepare for the new air travel dynamic was Safran Seats. Safran began looking at passenger privacy with the help of a partner company called Universal Movement. One of the outcomes of the partnership was products called Interspace and Interspace Lite, which allows airlines to easily reconfigure cabins in Business Class and Economy Class. The features give privacy to passengers by locking out either the central or outboard seats of a row. The company began working with Universal Movement on product development late last year, but quickly the need for such a collaboration became clear as the COVID-19 virus rocked the industry. 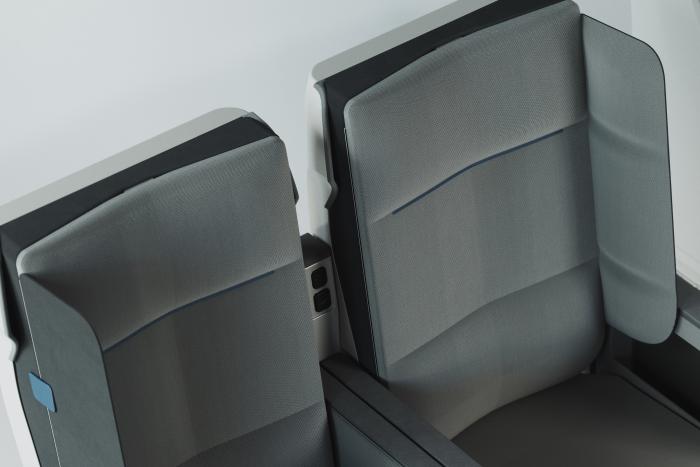 The Interspace line of products for Business Class from Safran

“Safran Seats is confident that this partnership with Universal Movement will generate value for our customers thanks to its recognized agility and innovative spirit,” says Quentin Munier, Executive Vice President Strategy and Innovation at Safran. “Interspace is a great innovation for privacy of passengers, even more so in the post-COVID-19 travel environment that is ahead of us.”

Social distancing without loss of passenger density, touchless interactions and virus free surfaces are part of the French company’s Travel Safe by Safran Seats program. One of the most visible elements of the company’s program was the Ringfence, a simple solution that involves installation of a removable partition that isolates passengers seated near each other. Another attachment allows backrests to be reclined with a pedal mechanism. Finally, Safran has also developed a coating for seats and tray tables for easy disinfection and cleaning. 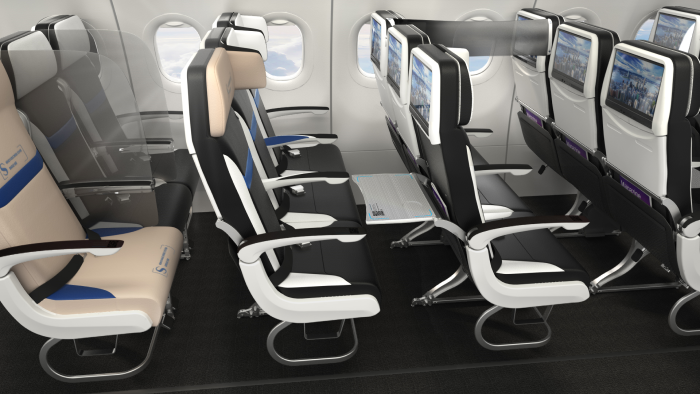 Munier tells PAX Tech that Safran is seeing interest in all the products and the company is working to clear regulatory requirements and have the two product lines delivered as quickly as possible. A launch customer for some the product line is expected before the end of the year.

In addition to supplying products, Safran is keen to work with its wide customer base on future solutions. With the announcement of Interspace and the Travel Safe by Safran Seats the company also announced a program called Create with Safran Seats. The goal of the program is collaboration on solutions that airlines can place into service in a short period of time. The company has hopes it will result in a selection of customized seats adapted for the post-COVID-19 travel environment.