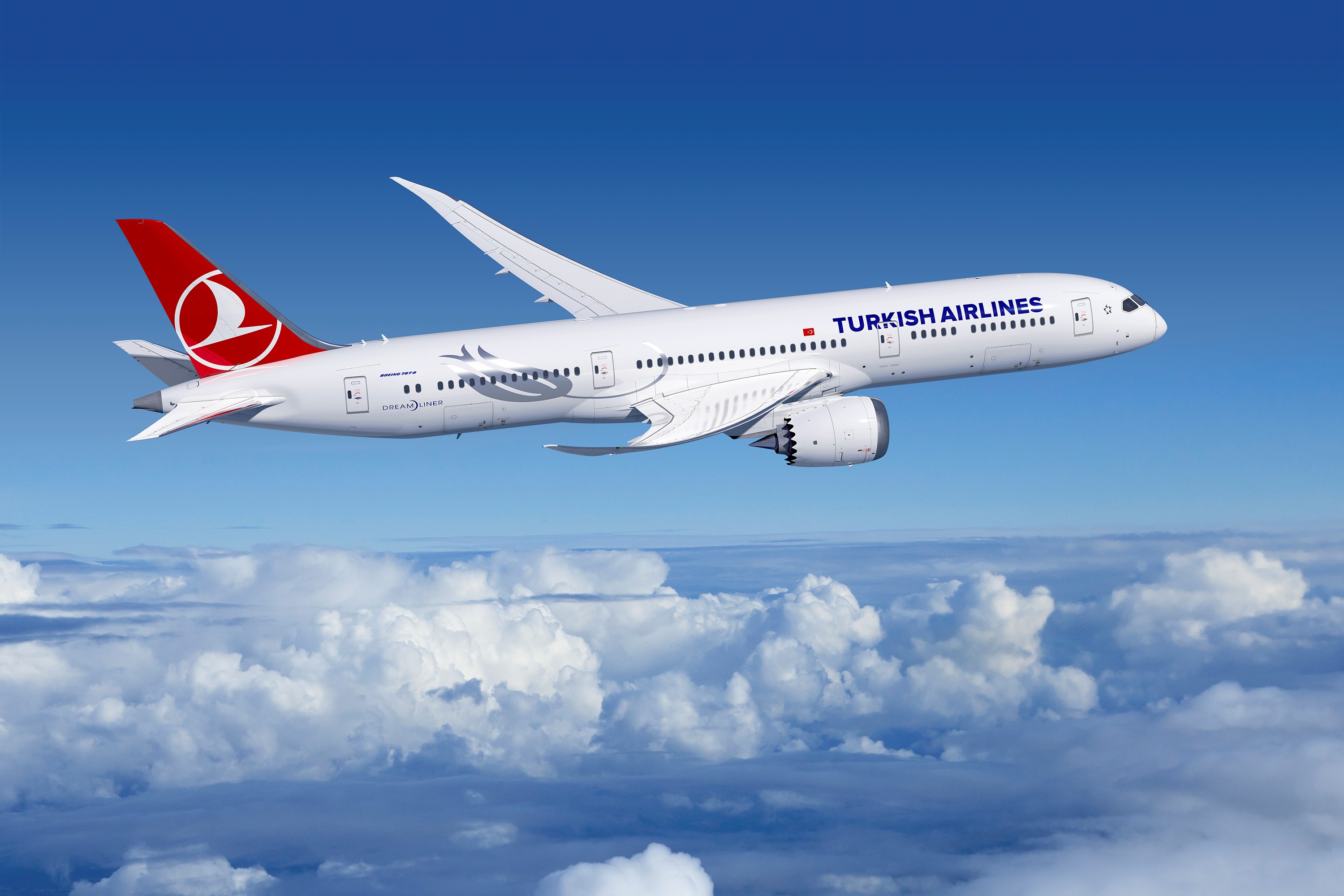 A new 787-9 Dreamliner will be flying under Turkish Airlines' banner this July, the first of up to 30 the airline is expecting over the next four years featuring the airline's all-new Business Class cabin.

Last year, Turkish placed 25 firm plus five optional orders with Boeing for the aircraft, which can fly 7,635 nautical miles with more cargo and better fuel efficiency, when compared to other airplanes in its class.

The Dreamliners in Turkish's fleet will feature 270 Economy Class seats and 30 Business Class seats, for a total of 300 passengers. The seats themselves are produced in Turkey by Turkish suppliers. 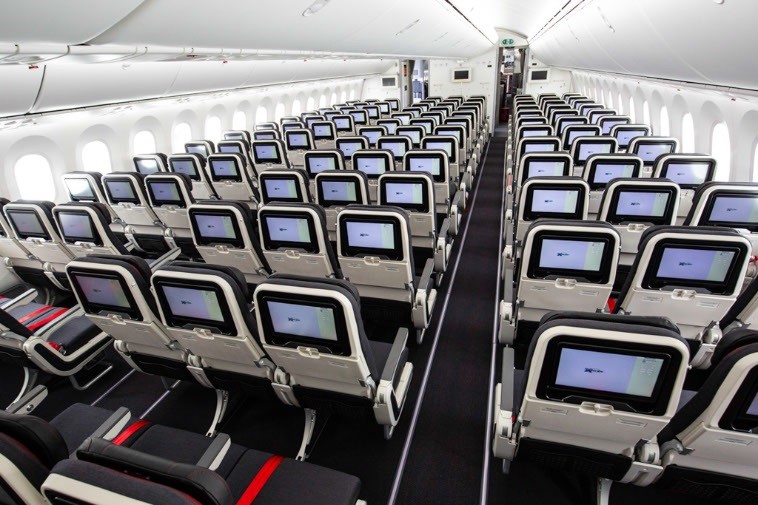 The wide-body cabin has many advanced features, including larger overhead bins, dimmable LED shades, better air pressure and humidity, and a new filtration system. Care has been taken to ensure a quiet onboard experience thanks to engines, systems, equipment and an interior that feature vibration isolation.

The Business Class cabin is fitted in a 1-2-1 layout, providing all premium passengers with aisle access. Each seat has enhanced privacy panels, personal stowage space, a self-care mirror and wide cocktail table, plus 44-inch legroom and a 180-degree fully flat 76-inch seat bed. 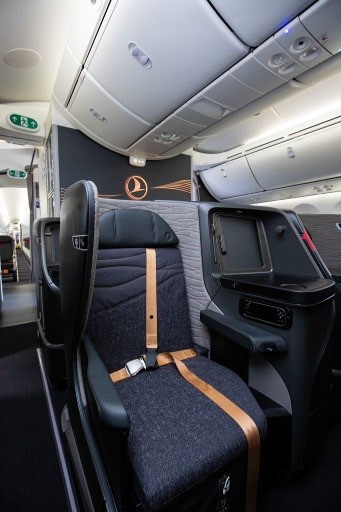 The seats are trimmed with suede-like alcantara padding, a material commonly found in sports cars.

The aircraft's Economy class seats are produced locally and offer the airline's passengers 12-inch HD screens in the first six aircraft to be delivered and 13-inch screens in the versions to follow. All seats feature a new functional literature pocket design, a six-inch recline and 31 inches of legroom.

M. İlker Aycı, Turkish Airlines’ Chairman of the Board and the Executive Committee, commented in a statement from the airline: “Turkish Airlines has been committed to continuously expanding its range of services on and off-ground as it grows in reach and [flies] to more international destinations than any other carrier in the world. With this goal in mind, we’re thrilled to reach new horizons with the addition of the 787-9 Dreamliner to our fleet flying from our new home, Istanbul Airport. The aircraft’s advanced technology, fuel efficiency, and passenger-centric cabin design will all help us remain the first choice for travelers and provide our loyal flyers across the globe with a best-in-class experience for years to come.”

“Turkish Airlines’ growth has been remarkable in recent years, both in expanding flight options and supporting Turkey’s aviation industry," said said Ihssane Mounir, Senior Vice President of Commercial Sales and Marketing for The Boeing Company. "We are honored that Turkish Airlines is embarking on its next chapter of expansion with the 787 Dreamliner. We are confident that the Dreamliner’s unmatched fuel efficiency, performance and passenger-pleasing comforts will contribute to the airline's reputation as a five-star airline.”