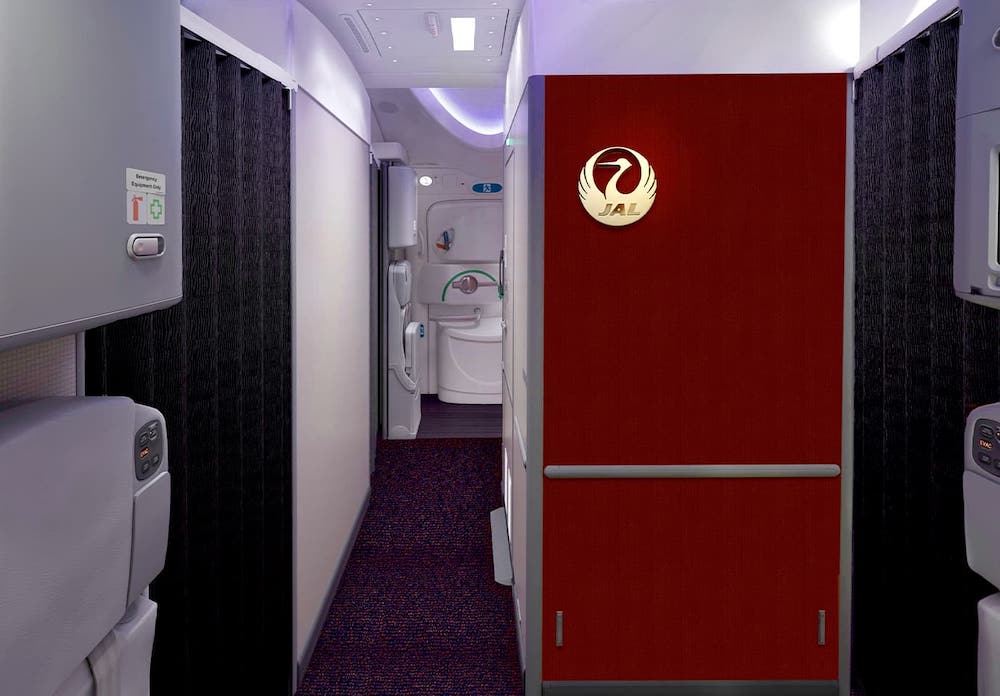 ABC International announced recently the delivery of decorative crests to Japan Airlines (JAL), to be installed onboard new A350s and 787s. The project marks the first collaboration between the Japanese flag carrier and the interior cabin branding specialist based in Naples, Italy for the design, manufacturing and installation approval of JAL branding elements to add a touch of exclusivity to the cabin.

The JAL logo was adopted in 1959 and has become one of the most iconic airline logos. Inspired by crests of Samurai families, the crane logo represents loyalty and strength, reads the ABC press release.

JAL selected ABC International to bring to life the deep meaning of the "Tsurumaru," the crane logo, following a tender with English design firm Tangerine to design the cabin layout of the new aircraft. The crest features difference surface treatments: the script has a gold plating effect while the crane has a sophisticated sand blasted technique.

The decorative crest is the "icing on the cake" for the new "Infused Essence" cabin design concept by Tangerine, reads the press release. The logo is now flying and is installed into the new JAL aircrafts cabin interiors and comes with gold plated “JAL” letters installed over an almond-gold coated crane.

"The need to have a 'concave' crane, i.e. a crane which is not flat, in combination with the required finishing make this product unique, as well as highly demanding in terms of manufacturing techniques and ABC feels really proud to have met [the] customer’s expectations," said Olindo Spatola, Vice President Engineering and HDO at ABC International. "The challenge was not only to turn into reality the particular design but also to translate the new brand image into an airworthy product compliant with the aviation environment and ready to be installed on board."