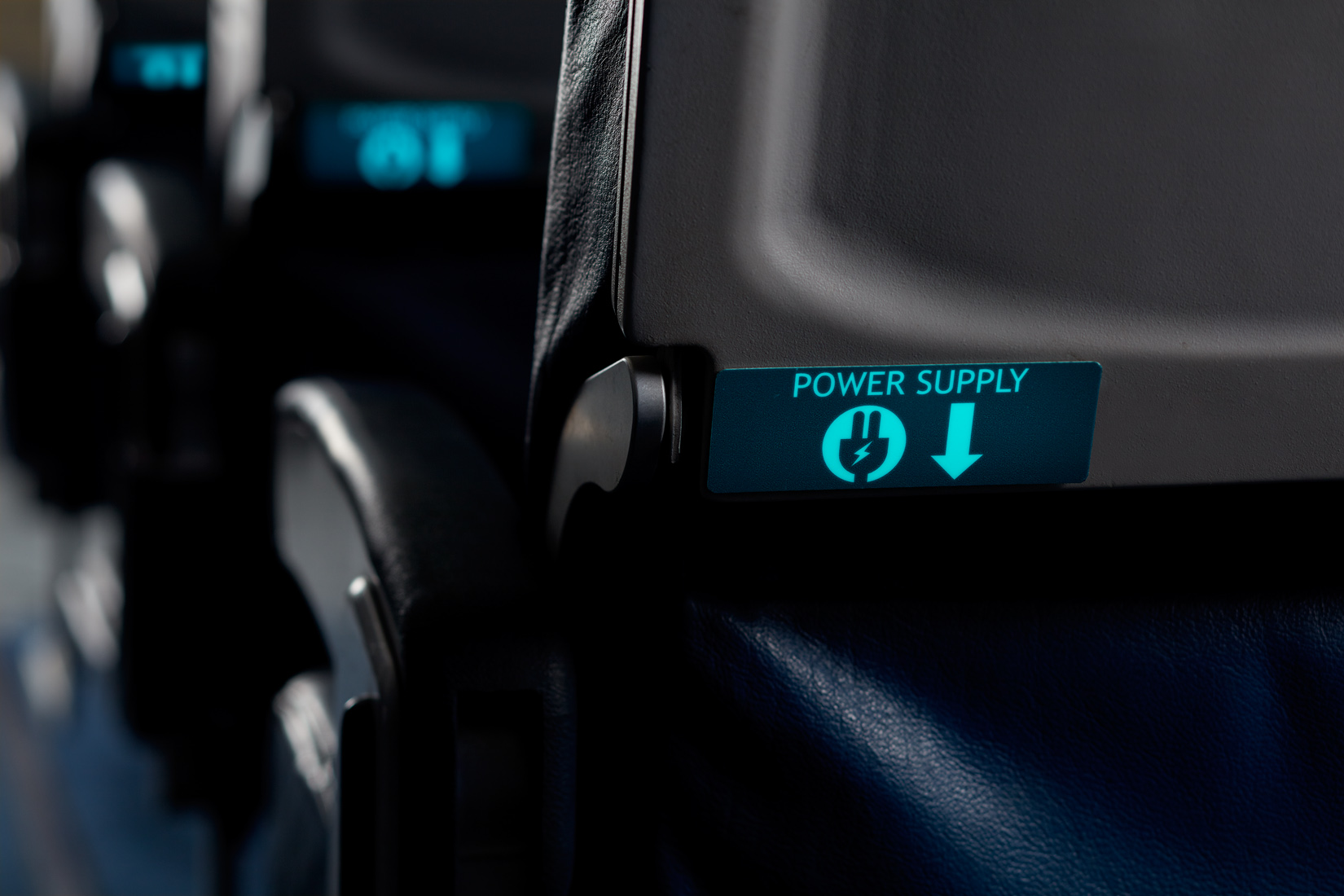 STG Aerospace has launched saf-Tsign blu, which the company described as the world’s first and only blue-glowing photo-luminescent aircraft signage.

Designed for emergency, informational and custom signs, the patented saf-Tsign blu design seeks to combine cabin aesthetics with a focus on clarity and safety. Further benefits include minimal maintenance and operational costs.

Dr. Sean O’Kell, STG Aerospace Business Unit Director, said: “We’re really excited to be launching the world’s first flexible blue-glowing aircraft signage and cabin marking option. It’s not something you can announce every day. We are already talking to many major carriers about the extensive capability offering of saf-Tsign blu, looking at everything from seat markings and row numbers to galley and washroom signs.”

O’Kell added: “With the new saf-Tsign blu, we’re expanding our portfolio, building on our traditional green-glowing signage to add a cool and soothing blue look. Blue signage will also be more on-brand than green signage for many airlines and can be easily tailored to match airlines’ CMF palettes.

“Photo-luminescent signs – in simple terms, ‘glow-in-the-dark’ signs – are 100% fail-safe with no running costs, which makes them perfect for commercial and military aerospace use.”

The saf-Tsign blu signs are fully charged by cabin lighting in minutes, he said.

The company’s product range was on display inside a full-size cabin simulator at the Aircraft Interiors Expo in Hamburg.