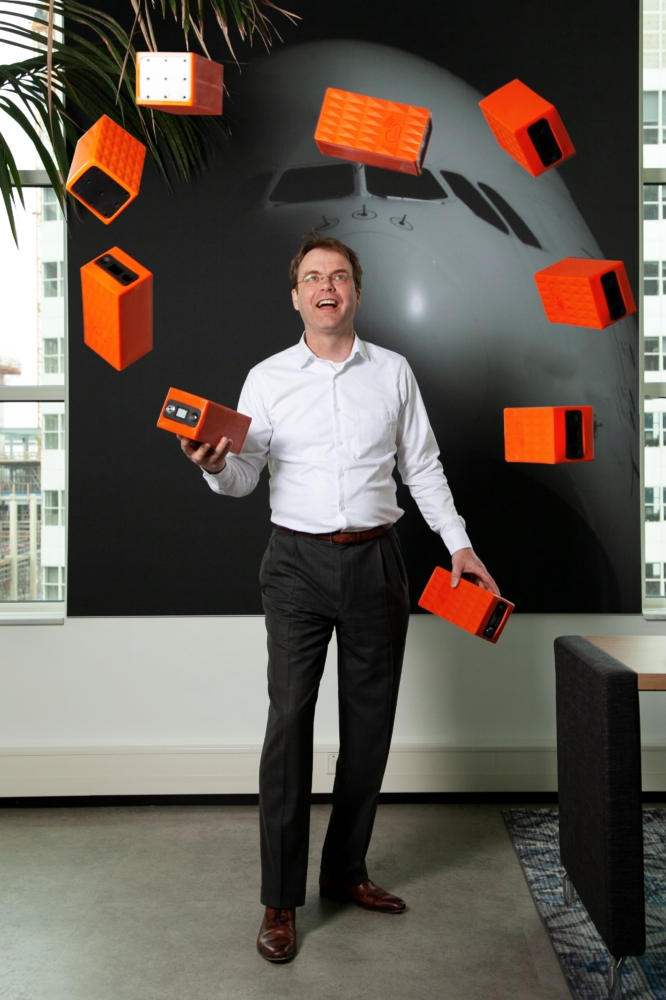 When Job Heimerikx, co-Founder and CEO of portable IFE provider AirFi used to visit British Airways, he would pass through the gates at Heathrow Airport and see a sign with bold lettering stating: Safety is our first priority.

With that kind of commitment, the Netherlands-based has worked with a broad customer base over the years to make its products easy to use and safe in all situations. The European Union Aviation Safety Administration (EASA) this spring published a memorandum airing its concern over the charging practices of PEDs and portable IFE that are oftentimes stored permanently into aircraft and charged with aircraft power supply.

The April Memorandum states the use of areas designed to hold PEDs (including portable IFE hardware) during their battery recharge process may increase the risk of fire from the lithium batteries. In the Memorandum, EASA has reclassified any charging station in an aircraft stowage compartment as a “major modification.” The Administration’s concern is that lithium batteries charged out of the sight of cabin crew could overheat and go undetected.

Though not a binding rule at this time, the EASA concern addresses issues in an increasingly crowded field of dozens of suppliers. Heimerikx estimates that more than 2,200 aircraft are now flying with portable IFE systems that allow passengers to access entertainment and connectivity through their personal electronic devices. AirFi has been supplying airlines with its line that has grown to three products. The Venus Box, the Moon Box and the soon to be released Mars Box that will interface with LEO, its low-bandwidth connectivity solution. Since the company was formed in 2011, it now supplies products to 76 customers in 31 countries pre-COVID.

AirFi is staying ahead of EASA and other regulators’ concerns with its Fully Automated Semi-Embedded (FASE) solution that gets its charge from power sources within the aircraft. The solution was launched in 2018 on Sun Country Airlines. AirFi has now updated the software logic that governs the autonomous operation to also control battery charging. It uses the same sensors that FASE was already using to know when to turn on/off and when to connect to cellular networks for updates

Sensors within the product can determine when an aircraft has wheels on the ground, and it is most safe to charge the batteries.

With a system like AirFi’s Heimerikx says that the process of charging portable IFE batteries (which can hold a charge up to two days) is out of the hands of cabin crew, which is one of the company’s main goals for maintaining optimum safety.

“It is very important as part of the ‘never question safety’ to take the human variable of the crew out of the equation.” he says. “That's our company perspective on this on this issue.”

For now, the April Memorandum serves as guidance material. However, Sander van Lochem, Avionics Specialist at ADSE Consulting and Engineering addressed its future application on the AirFi website.

“EASA Certification Memoranda are living documents into which either additional criteria or additional issues can be incorporated as soon as a need is identified by EASA,” said van Lochem. “All CM are reviewed periodically (no later than two years after its publication), to ensure its currency with the regulatory material.”