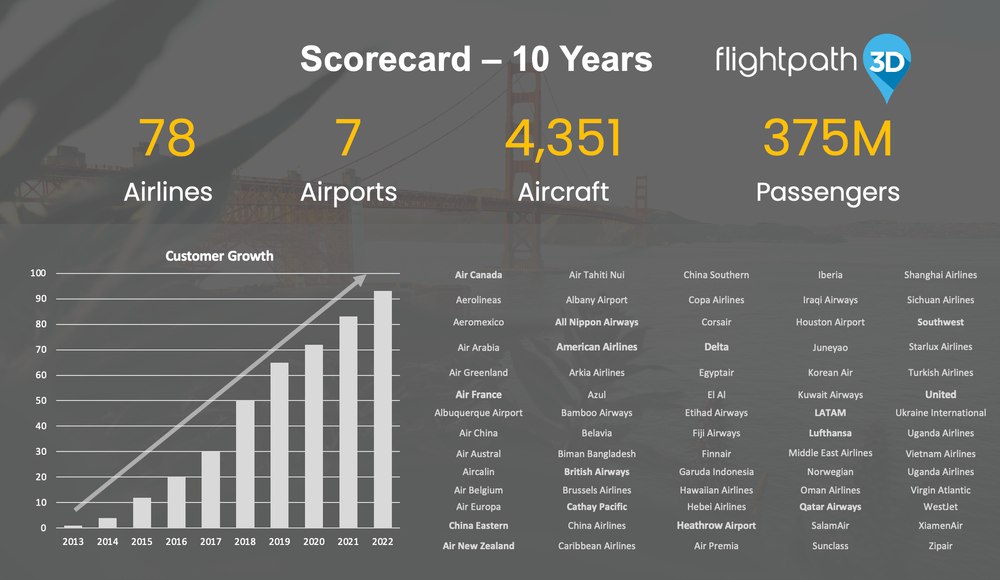 FlightPath3D is now installed on 4,351 aircraft

Launched in 2013 and adopted early by Air France, KLM, and Virgin Atlantic, FlightPath3D is now installed on 4,351 aircraft on 85 airlines and airports worldwide.

"We're proud to have revolutionized the inflight experience for airlines over the past decade and execute our mission to guide every flying passenger."

During the past decade, FlightPath3D has expanded its offerings to capture the attention of passengers with short-form video experiences, similar to TikTok or Instagram Reels. The company's interactive route map, WhereWeFly, inspires passengers to explore routes and book travel from the app. FlightPath3D is also reaching beyond onboard channels, expanding to other airline channels such as websites, apps, and airports including Heathrow, Houston, and Edmonton.

Looking ahead to the next ten years, Duncan Jackson, President, FlightPath3D said in the same release, "We're pushing the boundaries of travel planning and creating a new standard for how passengers discover and book their travel, making the journey-planning process more seamless and enjoyable than ever before.”