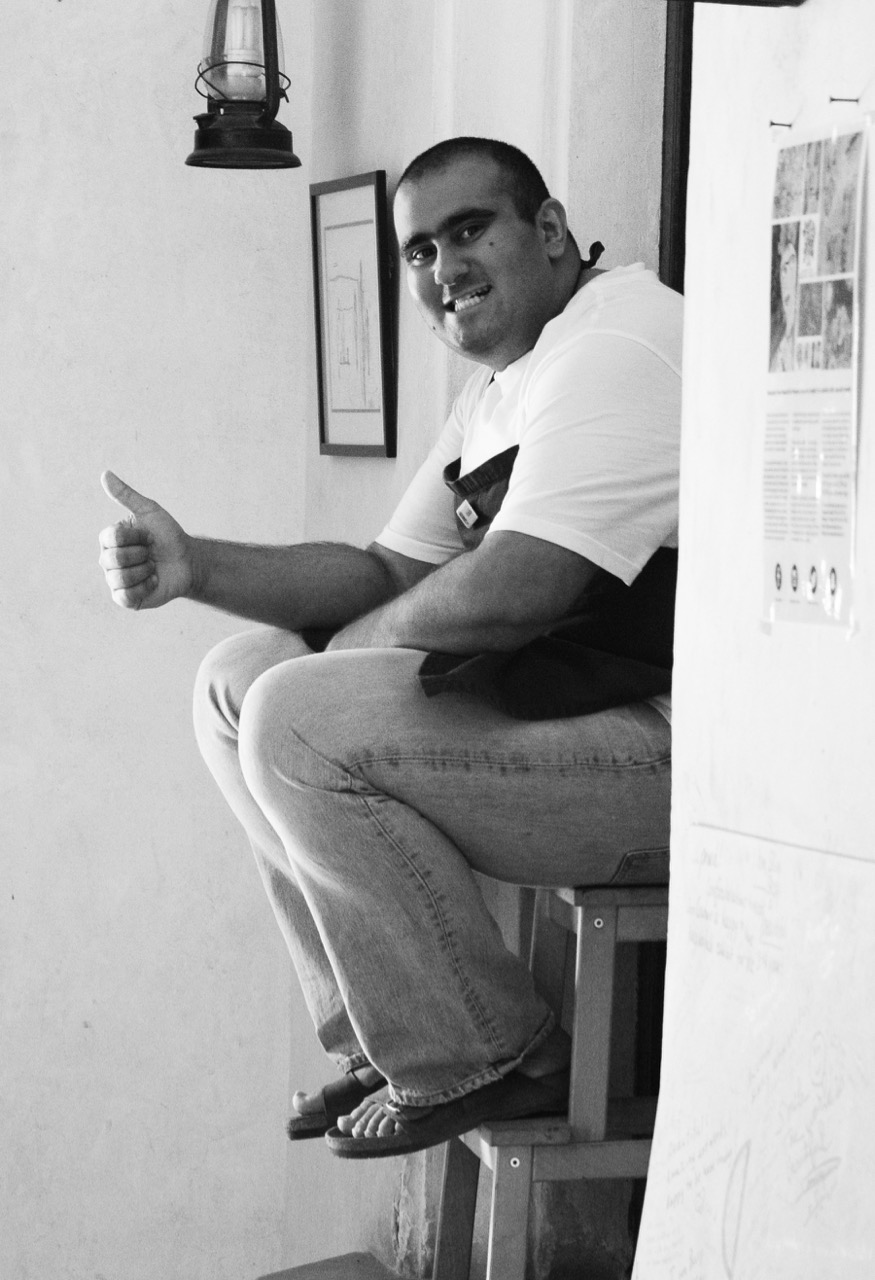 Meaning 'talent' in Arabic, Mawaheb is a Dubai-based art studio for adults with special needs, also known as 'the determined ones' following a directive by His Highness Sheikh Mohammed Bin Rashid Al Maktoum, Vice-President and Prime Minister of the UAE and Ruler of Dubai.

“In bringing this cover to life, we held a short briefing meeting where I drew a very rough sketch on my whiteboard to explain what we envisaged. It seems genius to me how he was able to transform such a sparse brief so brilliantly. Abdulla was able to imagine what we wanted and add so much more. It was a pleasure to collaborate with Abdulla and we’re really happy with the final result!” said Patrick Brannelly, Emirates’ Division Vice President – Customer Experience, in today’s announcement.

Lutfi trained and developed his artistic style over the past eight years. Abdulla's passion for art stems from his attention to detail, his view of the world and his sharp sense of humor. As an artist on the autism spectrum, he sees and interprets the world in a unique and unconventional way. His distinct black and white drawings usually feature an exaggerated and humorous glimpse of everyday Emirati life.

Lutfi has successful solo exhibitions and giving speed drawing workshops and demonstrations at schools and corporate events. He has fulfilled several commissions from hotels, banks, and a special exhibit at Dubai International Airport. He has also illustrated a children’s coloring book commissioned by the Embassy of the UAE in Washington D.C.

The year 2019 was proclaimed to be the “The Year of Tolerance” by His Highness Sheikh Khalifa bin Zayed Al Nahyan, President of the UAE, highlighting the country as a global capital for tolerance, and aimed at promoting the values of tolerance, dialogue, coexistence and openness. Under this central message of inclusivity and understanding, the UAE also hosted the 2019 Special Olympics World Games in March, bringing together thousands of athletes from all over the world.