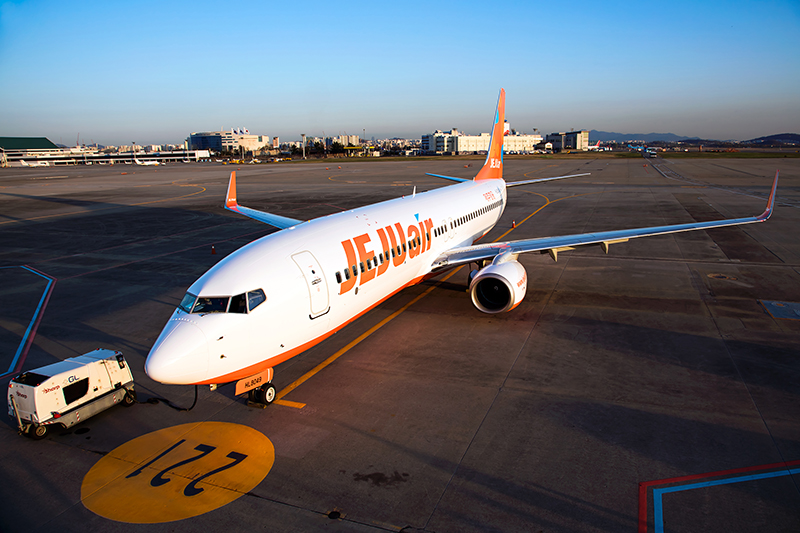 Jeju Air's 737-800 fleet is set to feature portable wireless IFE via Bluebox Wow, starting with 10 aircraft and expanding to an additional 29 this April.

The Korean airline first trialed the solution in late 2018. Current routes with the service include those from Incheon Airport to destinations such as Bangkok, Guam, Saipan, Vientiane, Hong Kong, Macau, Kota Kinabalu and Da Nang.

Kevin Clark, CEO of Bluebox, said in a January 14 press release: "We are excited to welcome Jeju Air to the growing list of airlines flying with Bluebox Wow. We've watched as Jeju Air has expanded its reach across Asia and how they innovate in so many areas, so it is an honor to be part of their growth story, and more importantly, that they’ve put their trust in Bluebox to enhance their passenger experience on board."

According to the release, Bluebox Wow now features the “KC Mark" denoting its KC Certification which is mandatory for all electrical and electronic products entering South Korea. It not only verifies the safety of the product but also that it meets Electromagnetic Compatibility (EMC) and Radio Frequency (RF) requirements.