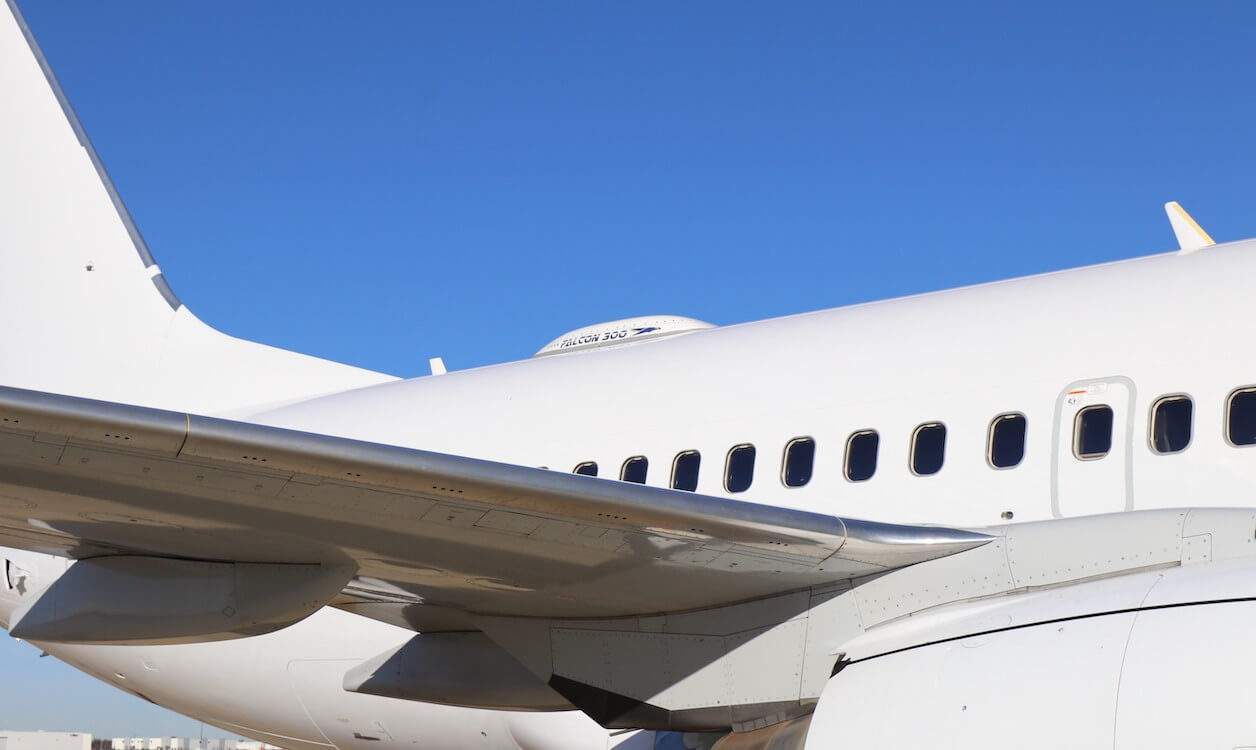 Developed with GDC Advanced Technology, the terminal includes GDC’s dual modem manager (MODMAN), with components by Kontron, together with a flat panel antenna by ThinKom

Inmarsat announced in a press release on December 1 that the US Federal Aviation Administration (FAA) has approved and certified a next-generation terminal that will enhance its GX Aviation inflight broadband solution.

The recently-awarded Supplemental Type Certificate (STC) authorizes the Falcon 300 terminal to be installed on 737 aircraft, marking a significant milestone for the lightweight, low-drag solution.

“Inmarsat has received a very positive response from the airline market since announcing our next-generation GX Aviation terminal with GDC Advanced Technology last year,” said Kurt Weidemeyer, Inmarsat Aviation’s Senior Vice President of Technology. “We are now delivering on the promises made, not only achieving our first STC certification within such a short timeframe, but also completing extensive assessments and test flights that have demonstrated the terminal’s ability to deliver consistently the highest levels of connectivity, even over the world’s busiest airspaces.”

Developed with GDC Advanced Technology, the terminal includes GDC’s dual modem manager (MODMAN), with components by Kontron, together with a flat panel antenna by ThinKom.

The certification was obtained under GDC’s Organization Designation Authorization (ODA) programme from its facility in Fort Worth, Texas. STCs for additional aircraft types are now underway, in addition to linefit plans for Boeing and Airbus airframes, reinforcing Falcon 300’s suitability for a wide range of fleets.

The terminal was selected recently by SAUDIA, the national airline of Saudi Arabia, as part of an agreement for GX Aviation to be installed and activated onboard its upcoming fleet of 35 A321neo and A321XLR aircraft.

“We are delighted that our ultra-high performance terminal for Inmarsat’s GX Aviation are now authorized for installations on 737 aircraft,” said Tracy Trent, President of GDC Advanced Technology. “This supports our goal of providing a seamless, reliable, best-in-class solution that is certified for use by airlines worldwide, from the US and Europe to Asia and beyond, offering enhanced capabilities with fewer moving parts. Working with Inmarsat to achieve this has been a very rewarding experience.”

Inmarsat recently celebrated the fifth anniversary of its GX Aviation solution, which entered commercial service in 2016. It has become the company’s most successful passenger inflight broadband service, selected by more than 35 airlines with a total order book of more than 1,500 aircraft, approximately 550 of which have been activated.