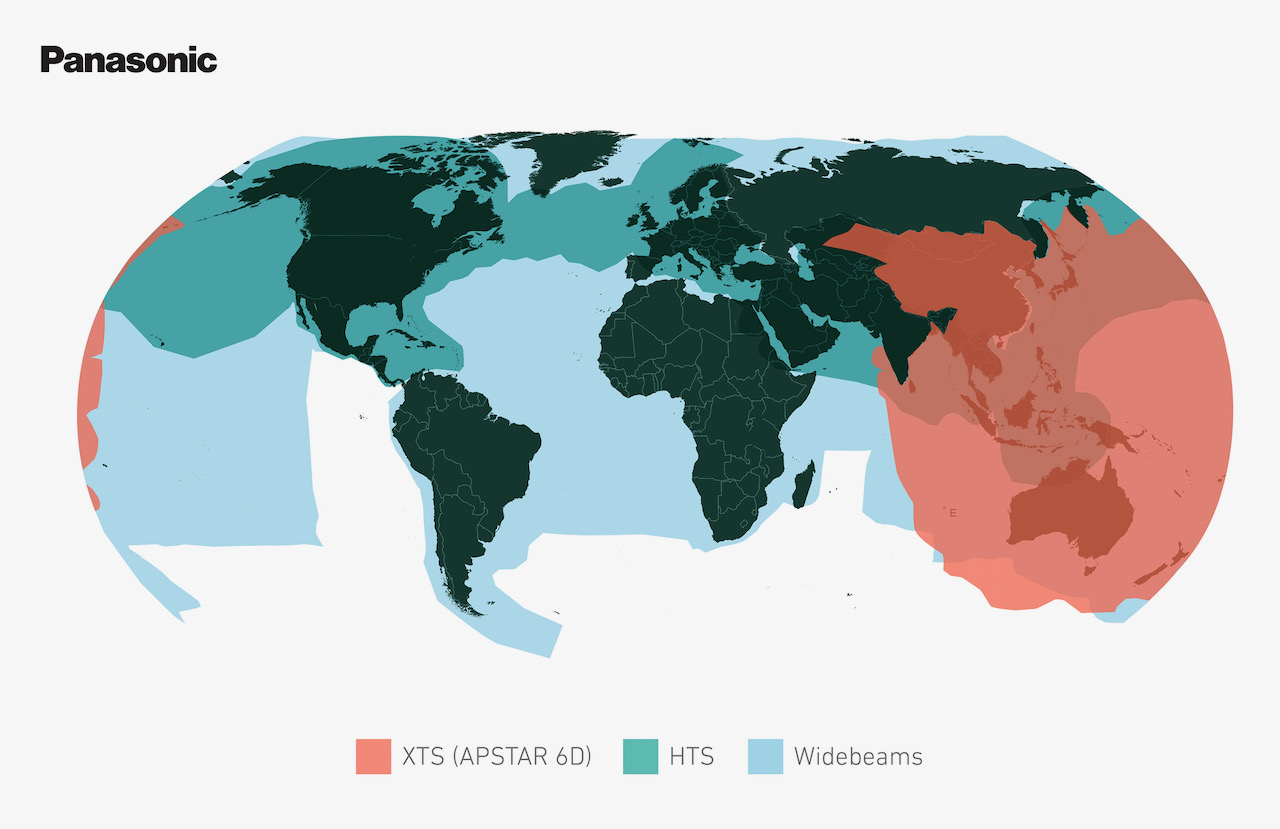 Panasonic plans further expansion of its satellite constellation, bringing in Russia and the Middle East

Airlines based in the region and others flying over it will have enhanced satellite capacity.

APSTAR 6D went into its first stages of operation in early 2021 and is now providing airlines flying across Asia Pacific with multiple gigahertz of new Ku-band capacity over China, including high-density air traffic routes across East Asia using XTS spot beams. APSTAR delivers 90 beams across the whole region, and 50 Gbps in capacity.

The satellite is an integral part of Panasonic Avionics’ third-generation communications (Gen-3) network of high speed, high bandwidth Ku-band satellites. The network, covering more than 99 percent of all routes, places capacity to meet the growing needs of airlines to serve their passengers.

“China and the Asia Pacific region is a strategically important market for Panasonic Avionics and a key priority in our roadmap for introducing increased satellite capacity,” said Jeff Sare, Vice President of In-Flight Connectivity Services at Panasonic Avionics Corporation. “Chinese airlines can now enhance their in-flight experience and brand value by enabling their passengers to enjoy our industry-leading connectivity in the skies.”

Panasonic Avionics is planning a range of further investments in in-flight connectivity in the next two years. These include the increase in satellite coverage over Russia this month with SES NSS-12 satellite and further capacity over the Middle East this autumn with the addition of the SES12 HTS satellite capacity.

The next XTS satellite to join Panasonic Avionics’ Gen-3 network, Eutelsat 10B, is due to launch next year, entering into service in 2023. It will provide enhanced connectivity to airlines and their passengers flying over Europe and the Middle East.

More than 2,500 aircraft are now connected to the Gen-3 network, with a total of over 3,750 aircraft from around 100 airlines committed to Panasonic Avionics’ in-flight connectivity service. These include over 800 aircraft from 21 Asian carriers, including China Eastern, Air China, China Southern, and Xiamen Airlines.