First flight of its kind 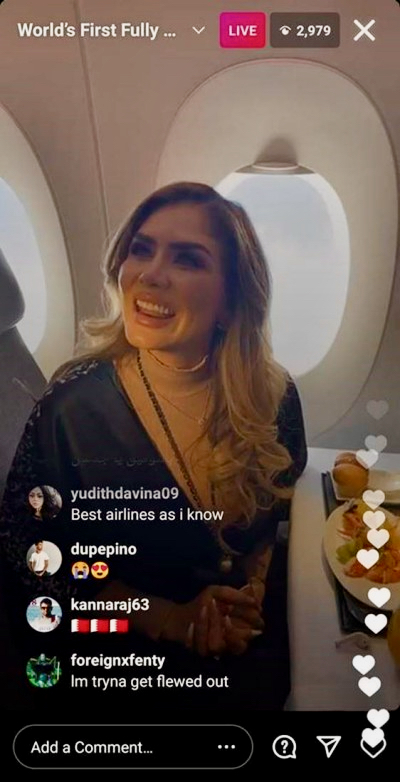 When he sees passengers streaming videos, surfing the internet and posting selfies from aboard an aircraft, Neale Faulkner says he is curious what might be going through their minds as they engage in what has become a routine worldwide human activity.

“I’m always wondering if the novelty of using high-speed connectivity on a flight is starting to wear off,” says Faulkner, who is Inmarsat Aviation’s Regional Vice President for the Middle East, Africa and South Asia (MEASA). “And if it is, that is actually quite a good thing because it shows that we are doing our job.”

Inmarsat’s technological and organizational expertise was put to a rigorous test in late April when Qatar Airways informed the company that it planned to conduct its first flight where airport staff, crew and passengers were fully vaccinated for the COVID-19 virus. It was a four-hour excursion, departing from and returning to Doha; and the airline wanted the ability to provide connectivity access at roughly double its usual bandwidth. The flight would also emphasize the airline’s ability to provide a safe, touchless cabin environment, which was important to instilling passenger confidence.

All this would be a challenge in normal circumstances. But this time, the additional challenge of accommodating the airline with only a few days notice over an important bank holiday in the United Kingdom required Inmarsat to make it all happen in a little more than a day.

The Inmarsat team was contacted by Qatar Airways on the Saturday morning of the Easter weekend and told that by Tuesday they needed to provide a connectivity pipe to the aircraft that doubled the speed and capacity. The A350-1000 would be filled with passengers, media and VVIPs. All could potentially require enough connectivity access to live stream content throughout the flight.

To maximize the marketing impact of the flight, Qatar Airways stressed secrecy. Inmarsat turned to its technology team dedicated to looking after the company’s network for its GX Aviation product. From there, Faulkner said Inmarsat needed to know how many passengers would be on board and what they would likely be doing. Network and satellite beam settings were adjusted to follow the aircraft every step of the way, as it traversed international airspace.

In addition to working with the airline, Inmarsat also worked with Thales Avionics, which supplies its Avant IFEC system hardware. The goal was to help passengers easily make use of personal electronic devices, which would make the entertainment and connectivity aspect of the flight touchless. 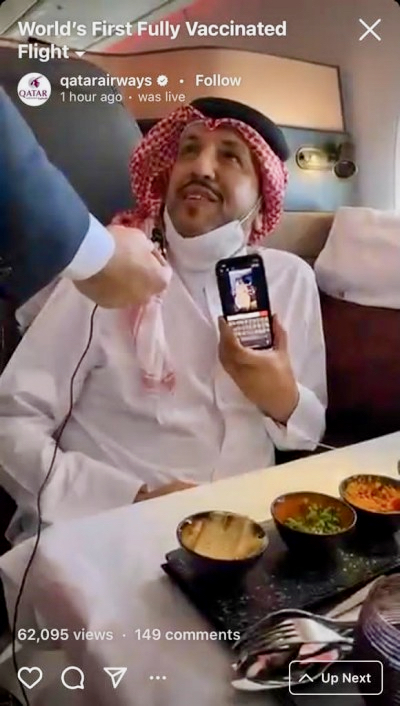 Since the successful flight on Qatar Airways, Inmarsat has done a similar stream onboard a British Airways flight for a popular morning television show in the UK. The segment centered on Portugal being placed on the “green list” that that allowed travelers to visit without quarantine upon returning (the country has since been placed on the amber list that discourages travel and requires 10-day isolation upon return).

Portugal is a popular summer location for British travelers. The live broadcast aboard the British Airways flight was through the European Aviation Network (EAN), which is an integrated satellite and air-to-ground connectivity service.