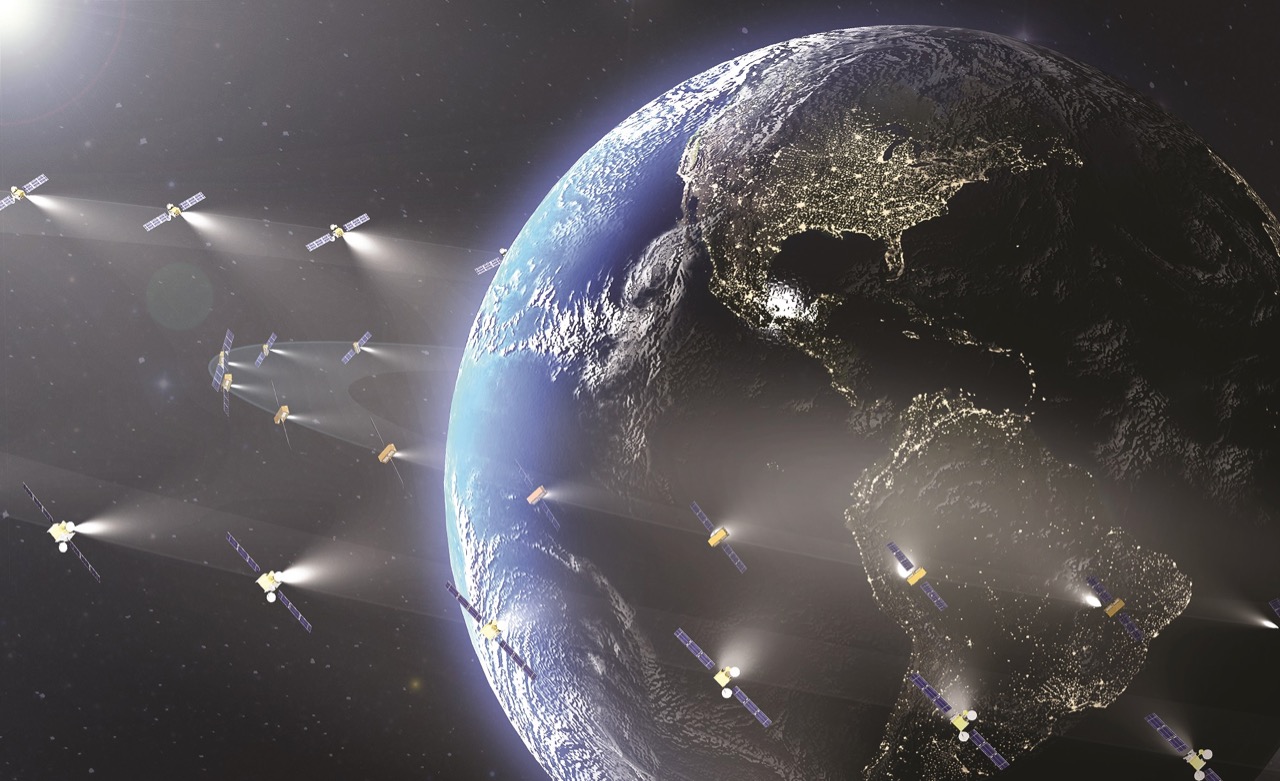 The tests were the first live demonstration of airborne communication with the O3b MEO satellites and included seamless handovers between MEO and GEO satellites during flight.

The flights took place September 17 to 18 over South Florida and the Caribbean Sea, using a commercially available ThinKom Ka2517 phased-array airborne antenna mounted on a Gulfstream G-III test aircraft. With the Hughes JUPITER Aeronautical system and ModMan, the antenna demonstrated the ability to achieve high data throughput rates while seamlessly switching among successive O3b MEO satellites, as well as transfers between O3b and SES’ GEO constellations.

Based on ThinKom’s phased-array VICTS technology, the Ka2517 is an airborne antenna designed to communicate through satellites in low, medium and geostationary orbits. The low-profile antenna radome provides near-zero aeronautical drag in flight and supports global coverage including polar and equatorial latitudes. The field-proven Ka2517 is currently in commercial production, and units are in operational service on U.S. government aircraft.

“The test by ThinKom underscores the effectiveness of the Hughes JUPITER System for both MEO and GEO connectivity, and, when combined with a high-quality antenna such as the ThinKom Ka2517, to deliver superior spectral efficiency, link availability and performance,” said Reza Rasoulian, Vice President of Hughes Network Systems.

“These successful demo tests are raising the bar for inflight connectivity and the connected passenger experience. The seamless integration of our MEO and GEO satellite networks will provide our customers with unprecedented redundancy, higher connectivity speeds and a whole new level of operational models,” said Elias Zaccack, Executive Vice President of Global Sales at SES Networks. “We’re very excited to have achieved this milestone together with our long-term partner Thales, as this is yet another example of how our mutual collaboration continues to bring innovative connectivity solutions with unmatched performance.”